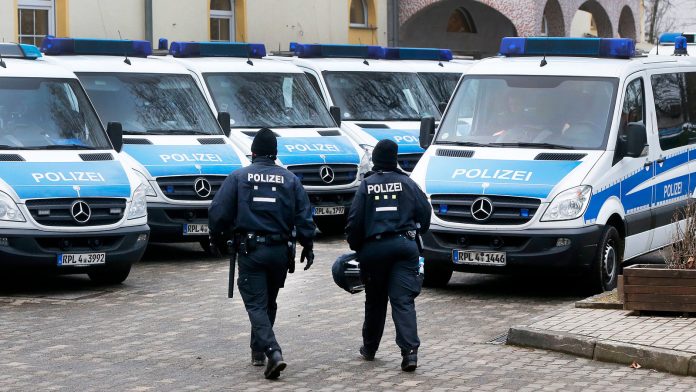 German police conducted counterterrorism raids across the country last week, arresting multiple alleged Islamists suspected of “planning a serious violent act endangering the state.” According to German prosecutors, the suspected terrorists were of “Chechen origin from the Islamist scene.” Raids targeted cells in Berlin and three other states including North Rhine-Westphalia – a state with a significant Hizballah and Muslim Brotherhood presence as well.

The suspects reportedly conducted surveillance of multiple locations to target in terrorist attacks, possibly including a Berlin synagogue, after video footage of the building was discovered on a suspect’s cellphone.

Germany has been increasingly vigilant against Islamist terrorism after 12 people were killed in a 2016 truck ramming attack on a Berlin Christmas market. The terrorist, Tunisian national Anis Amri, had been denied asylum.

Most terrorism analysts and observers continue to focus only on the attacks that succeeded. Exploring major attacks that could have transpired – but were foiled by security authorities – provides a more accurate understanding of overall terrorist threats. Reporting foiled, significant plots, and including these incidents in datasets, can also help security authorities signal the virtues of specific counterterrorism measures to a concerned public.

Last year, for example, jihadist terrorist attacks declined by roughly 50 percent in Europe following significant spikes in attacks the previous two years. Based on this data, some observers started to believe that the Islamic State threat was declining in Europe. But by including foiled jihadist plots, overall terrorist activity in 2018 was actually higher than any year before 2015, including the 2000s when al-Qaida struck Europe in several high-profile attacks.

German authorities assess that there are roughly 11,000 Islamist extremists in Germany, including 680 people viewed as dangerous and capable of violence.

But the Islamist threat in Germany is not solely reserved for Sunni extremists.

On Thursday, a Kurdish-German community filed a formal criminal complaint targeting the Iranian regime-controlled Islamic Center of Hamburg for supporting terrorist activities. According to the Jerusalem Post, 600 Islamic Republic sympathizers mourned former Iran’s Revolutionary Guards Corps (IRGC) commander Qasem Soleimani’s death during a memorial service earlier this month at Hamburg’s Islamic Center. While German intelligence considers the Center an “instrument” of the Iranian regime, the German government continues to tolerate an Iranian and Hizballah presence and terror finance activities on their soil.

Beyond terror financing, Iran and its allies exploit Germany to plot attacks as well.

In a 2017 report, Germany launched 22 criminal investigations into Iran’s illegal espionage activity – more than it looked into China and Turkey, two countries that engage in significant spying operations in Germany.

In one case, German prosecutors allege that Iran ordered Haidar Syed-Naqfi to identify Jewish and Israeli institutions in Germany and other Western European countries as potential targets for terrorist attacks. He allegedly received more than $2,200 from the IRGC’s al-Quds Force to monitor Jewish targets, including the headquarters of a Jewish newspaper in Berlin and several Israel supporters which German authorities believed were “a clear indication of an assassination attempt.”

In Germany, it is clear that Iranian proxies raise money to fund terrorism, civilian sympathizers of the Islamic Republic mourn the assassination of an international terrorist figure, and Iran-directed operatives scout Jewish targets for attacks.

Germany’s parliament passed a non-binding initiative last month advocating for banning Hizballah activities in the country. It is time for Germany to follow the UK’s recent move and fully designate Hizballah as a terrorist organization, expanding sanctions and asset-freezing mechanisms targeting the entirety of the group.

Recent foiled Sunni Islamist plots by Germany’s security services deserve much more attention from terrorism observers and point to a growing terrorist threat. Security authorities should be similarly as vigilant when it comes to countering the Islamic Republic’s malicious activities on German soil.