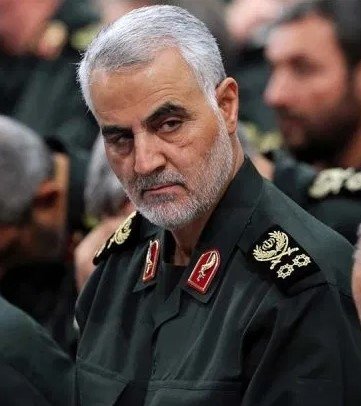 Iran’s leadership is responding to increased challenges at home and abroad as most tyrannical regimes in the Middle East do when faced with major problems: by increasing its aggression.

That means increasing its proliferation of dangerous weapons to terror factions, plotting further acts of violence and destabilization, and making alarming progress on its nuclear weapons program.

In this context, Iran has even engaged in some tactical cooperation with ISIS in both Iraq and Syria in recent months. The purpose of this cooperation is to facilitate attacks against moderate Sunni elements and Western targets – just the sort of targets the two radical sides can agree on attacking, despite the ideological enmity that exists between them.

This cooperation is taking the form of ad-hoc Iranian weapons transfers to ISIS, and the creation of corridors of passage in certain areas, facilitating the movements of ISIS fighters. Jordan, which borders both Syria and Iraq and is seen as an enemy by both ISIS and the Iranians, could soon be facing a real threat due to this development.

The Jan. 3 assassination via a U.S. drone strike of Iranian Quds Force commander Maj. Gen. Qasem Soleimani delivered a considerable blow to the Islamic Republic. Yet while it is too early to assess the long-term ramifications of this dramatic step by the Trump administration, it appears highly unlikely that the strike by itself can be sufficient in rolling back Iranian aggression in the long term.

Under Soleimani’s command, the Quds Force, and the Islamic Republican Guards Corps of which it is a part, have worked hard in recent years to stand up armed proxies throughout the region, and use them to create a platform for Iranian expansionism. This pattern of activity is how Soleimani translated Iranian Supreme Leader Ayatollah Ali Khamenei’s directive of “exporting the Islamic revolution.”

Some 900 Iranian military personnel are stationed in Syria today, where they command approximately 30,000 militia members. This is a significant fighting corps under Iranian command, yet it falls short of Iran’s original goal of creating an army in Syria made up of 100,000 members.

Hizballah, Iran’s Lebanese proxy force, which has around 40,000 members, and a large arsenal of rockets and missiles, has 2,300 of its own armed operatives actively deployed in Syria as well.

Over the past year, Iran has tried to smuggle a range of advanced weapons into Syria, including cruise missiles, precision guided missiles, and explosive drones. Israel’s preventative campaign to disrupt the force buildup of the Iranian-Shi’ite bloc has put a dent in those plans, but Tehran is showing no sign of giving up, and can be expected to continue with these efforts despite the loss of Soleimani.

Iran would prefer to attack Israel from Syria, and keep the Lebanese Hizballah focused on its primary role, which is deterring Israel from launching strikes on Iranian nuclear sites. Hizballah, itself highly deterred by Israel’s military might, is also neck-deep in Lebanon’s mounting economic and political troubles, meaning that it would prefer to focus on navigating this instability.

As in Iraq, young people in Lebanon are fed up with a bleak economic future, and there is growing resentment over Iran’s domination.

Despite these critical challenges, Hizballah chief Hassan Nasrallah is still considering the option of building factories on Lebanese territory to produce precision guided missiles to threaten Israel with. Such factories would receive the assistance of Iranian know-how and technology. Should Nasrallah move forward on this initiative, he would risk a major escalation with Israel, which is determined not to allow Hizballah and the Iranians to build the capability of targeting sensitive strategic sites deep inside Israel.

Iran also has significantly stepped up efforts to construct surface-to-surface missile bases in Iraq, which it views as its primary zone of influence in the region. Accurate Iranian firepower in Iraq can be used to target Israel or Saudi Arabia. Iran has been using Iraq as a ground-trafficking zone as well, for moving weapons to its proxy forces in Syria and Lebanon.

Iran also sees Iraq as an outlet for its isolated economy, and a way to escape the chokehold of American sanctions.

From Iran’s perspective, losing Iraq as a zone of influence is not an option, which is why Soleimani oversaw the brutal repression of Iraqi protesters, and ordered Iranian-backed militias to gun down hundreds of them in the streets. It is also why Soleimani and his Iraqi Shi’ite militia allies attempted to eject the U.S. from Iraq, and were plotting a series of attacks to achieve that objective. Those plots ultimately led to his assassination.

In addition, Iran has been moving advanced long-range guided missiles to the Houthis in Yemen.

These actions provide a useful outline of Soleimani’s three “lines of communications” – the strategy of projecting power to spread Iran’s destructive influence, which he implemented with Khamenei’s approval.

The three lines are regional trafficking routes, created for the movement of weapons and Iran-backed armed personnel. They are based on aerial, ground-based, and maritime trafficking corridors that span the Middle East.

Soleimani also envisioned creating a network of advanced air defenses that would stretch across the Shi’ite crescent, from Iran into Iraq, Syria, and Lebanon. This network of surface-to-air missile batteries is designed to challenge Israeli air operations.

But the Iranian regime is being pressed by U.S. sanctions. The recent waves of domestic protests and riots in Iran establish a clear link between Iran’s economic distress and its internal instability. More than 300 Iranian protesters have been killed since November, 3,500 wounded, and 700 imprisoned in the crackdown launched by Iranian security forces.

A look at Iran’s economy makes it clear why Iranians are fed up with their regime. The Consumer Price Index in Iran has shown massive inflation in the past year. Ordinary citizens are enraged by Iran’s costly adventurism abroad and corrosive corruption at home.

Young Iranians can no longer restrain their anger, and the regime routinely pulls the plug on internet access in the country to try to hide the extent of public discontent.

This domestic unrest will likely continue, and the more it does, the more aggressive Tehran could become. Part of Iran’s response to its troubles is a renewed emphasis on its nuclear program.

Recent Iranian announcements about its nuclear progress, and its announcement that it is no longer committed to any aspect of the 2015 nuclear deal, should be setting off alarm bells across the world.

The Iranians have enriched 750 kilograms of uranium to the 4 percent level. They require 1,300 kilograms of enriched uranium to proceed to the next stage developing an atomic bomb. At their present enrichment pace, Iran could break out to a nuclear weapon within two years.

Iranian nuclear scientists are figuring out how to build faster, more advanced enrichment centrifuges, knowledge that cannot be rolled back once it is acquired by a state.

The international community must therefore formulate a clear response to this creeping Iranian nuclear progress, and be on the highest alert to an Iranian decision to break out to the bomb. The prospect of undeclared Iranian nuclear facilities – the unknown unknowns – should also be a major source of attention for Western intelligence agencies.

The American strike on Soleimani undoubtedly boosted U.S. deterrence in the region, but this does not mean that the threat posed by Iran to international security is contained. Soleimani’s replacement, his deputy Esmail Qa’ani, will take over the Quds Force’s destabilizing activities, and he will be backed up by the full scope of the IRGC’s considerable state resources.

As regional instability looks set to continue, Iran can be expected to do what it can to proliferate dangerous weapons to terrorists throughout the Middle East, while making disturbing progress on its nuclear program. The utmost vigilance will be required from the U.S. and its allies in the region.

Yaakov Lappin is a military and strategic affairs correspondent. He also conducts research and analysis for defense think tanks, and is the military correspondent for JNS. His book, The Virtual Caliphate, explores the online jihadist presence.