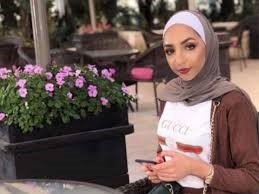 The young woman looks saucily at the camera, half-smiling, her hijab tightly wrapped to conceal her hair. Her lips are colored red, her eyes outlined heavily in black. Hers is the mischievous expression of a woman dutifully modest in her dress, yet delighting in the accoutrements of female vanity, even sexuality. She looks like someone it would be fun to know.

But Israa Ghrayeb, a 21-year-old Palestinian makeup artist, is no more, murdered last August by her family at the hands of her own brother. It was a long, torturous death, punishment for posting a photograph of herself and her fiancé on Instagram before their engagement had been officially announced. Lawmakers from her home village of Beit Sahour in the West Bank refused to call it an honor killing.

But that is precisely what it was.

By now the numbers have become familiar. The United Nations estimates that, globally, 5,000 women are the victims of honor killings every year. It is a figure most experts dispute as being far too low.

The stories have also become tragically familiar: a young woman who falls in love with a man her parents didn’t choose; an unwed couple who appear in public together; a girl who is seen not wearing her hijab; a wife who tries to escape the husband who regularly beats and rapes her – all murdered by their families in an effort to restore the family honor her misbehavior has threatened to destroy.

Ghrayeb’s murder, unlike so many others, however, set off a wave of protests in the region, with women calling for stricter laws against such killings and demanding more attention be paid to domestic abuse. And rightly: in the West Bank and Gaza, Amnesty International reported in 2018, “at least 21 women and girls were reported to have been killed … mainly by male relatives in ‘honor’ killings, according to civil society organizations.” Whether such killings are more or less frequent in the Palestinian territories than they are elsewhere in the region is impossible to know, says Phyllis Chesler, an authority on honor killings and the author of A Family Conspiracy: Honor Killing. Nonetheless, she told the Investigative Project on Terrorism, honor crimes are “pandemic in Gaza and on the West Bank, and also among Arabs in Israel.”

But even if they are not more frequent, honor killings in these territories carry one important distinction from those elsewhere: they are purportedly not the fault of the murderers. They are the fault of the Jews.

The argument goes something like this: if it weren’t for those pesky Jews and the Israeli occupation, Arab men would not need or have weapons. And without those weapons, they would not be killing women. Or if it isn’t because of the weapons, then it is because of the oppression of men and women by Israel, and the stress this puts on families. Or it is because “the Israeli authorities remain passive and simply refuse to enforce the law,” according to one Palestinian contributor to the Israeli-Palestinian magazine 972.

That this overlooks the killings of Palestinian women like 16-year-old Palestina Isa, slaughtered in unoccupied St. Louis, Mo. in 1989 by parents who believed she had dishonored the family, is obviously not the point. Nor is it apparently relevant that honor killings also take place at astounding rates in countries like Saudi Arabia, Somalia, Afghanistan, Iraq, Iran, Egypt, Turkey, and in immigrant communities across the West. To be fair, one writer insists – without evidence – that honor killings in Afghanistan “increased during the US occupation” and, similarly, in Iraq during the “occupation of Iraq.”

Moreover, none of these attempts at explanation recognizes the real, most insidious and tragic aspect of these killings: that they are not simple domestic violence. Honor killings, unlike domestic violence and murder, often involve the entire family, and are carefully planned in advance – as Ghrayeb’s was. Where domestic violence is usually spontaneous and involves a dispute between two people, the plotting of honor killings might involve not just the immediate family, but extended family members – uncles, cousins, or in-laws – and even the community at large. The killers tend to feel relief, rather than remorse, grateful for the re-establishment of their family honor.

And as Chesler has noted: “Seldom is domestic violence celebrated, even by its perpetrators. In the West, wife batterers are ostracized. Here, there is an important difference in honor crimes. Muslims who commit or assist in the commission of honor killings view these killings as heroic and even view the murder as the fulfillment of a religious obligation.” The vast majority of honor killings, Chesler says, occur within Muslim families.

And so while some details of Ghrayeb’s murder remain murky – when exactly she was killed and where – others, including a tape of her screams as her brothers and father beat her in the hospital where she was recovering from earlier wounds – make clear that this was no episode of regular domestic abuse. Her family wanted her dead; and even as she cried out for help from her hospital bed, no one, not even the nurses, came to her aid.

Ironically, there are ways in which Israel does play a role in the family violence of Palestinian communities. In her extraordinary study of Palestinian women terrorists, Israeli criminologist Anat Berko spoke with a number of failed suicide bombers held in Israeli prisons, several of whom told her they had chosen to blow themselves up as martyrs rather than live with the violence in their homes. Others had been forced by their families to volunteer as suicide bombers. And still others had deliberately turned themselves in, seeing prison as an escape, as the only place they could feel free.

Not all Palestinian advocates, though, are blaming Israel for the deaths of women like Israa Ghrayeb. According to the BBC, the protests that have risen in her name have lead to “much soul searching over the protection of women from gender-based violence in Palestinian society.” True, in recent years the Palestinian Authority has repealed laws that permitted rapists to avoid prosecution if they married their victims, and other new laws have increased penalties for domestic abuse. But those changes have gone largely unacknowledged in the courts.

But this time may be different. In Ramallah, for instance, the attorney general called “false” the family’s explanation that Israa had “fallen” from a balcony, and declared her death the result of “torture and abuse.” A Facebook page titled “Justice for Israa (we are all Israa)” documents her story. A Change.org petition declares, “Men can’t keep taking pride in killing their women…! And then walk free untouched because no one does anything about it[.] no woman should be beaten up or killed in the name of honor.”

The voices behind such initiatives are those of courage; and that courage is heartening. But the truth is that nothing will ever truly change until Palestinians fully understand: The Jews didn’t kill Israa Ghrayeb. And neither did Israel.

Abigail R. Esman, the author, most recently, of Radical State: How Jihad Is Winning Over Democracy in the West (Praeger, 2010), is a freelance writer based in New York and the Netherlands Her next book, on domestic abuse and terrorism, will be published by Potomac Books. Follow her at @radicalstates.

Report: 1000 Girls Forcibly Converted to Islam in Pakistan Each Year