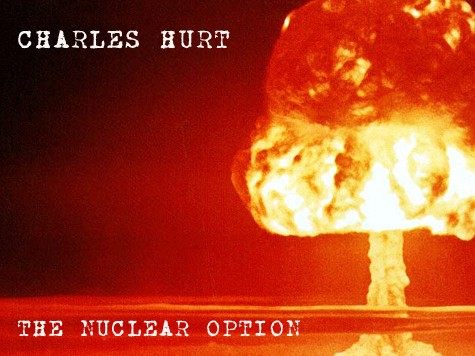 MANCHESTER, N.H. — The most basic rule of bear hunting is: “If you are going to shoot a bear, don’t miss.” Or, as Ralph Waldo Emerson put it, “When you strike at a king, you must kill him.”

Well, Democrats threw every single thing they could think up at President Trump. And missed.

After all, on both of those days, he and his campaign were still being illegally spied upon by political opponents from the previous administration and its angry remnants.

Considering all the dark forces arrayed against him, it is truly a wonder that Mr. Trump has managed to accomplish all that he has accomplished in the past three years. But it was hardly a first term.

There was no “honeymoon,” as they call it. Hell, there was not even a break in the campaign against him. Hillary Clinton, Democrat opponents, the federal intelligence services and the vast majority of the media kept right on rolling in an effort to thwart him at every turn.

Mr. Trump loves to drive his enemies out of their minds by joking about serving a third, fourth or fifth term — even the next couple of hundred years. (His enemies are not very smart when it comes to math or human biology or the Constitution or even facts, for that matter.)

Most recently, he issued a Twitter message hinting at some sort of never-ending cosmic presidency a la Max Headroom that would go on for eternity.

Of course, this is hilarious for anyone with a remaining sense of humor. But it raises a very serious question.

Since all these liars and charlatans in Washington canceled Mr. Trump’s first term, shouldn’t he have a shot at another first term? When will he get the first term to which he was elected in 2016?

But in a world where the truth is irrelevant, such lies thrive.

Still, they failed to kill the king.

They meant to impeach Mr. Trump but managed to impeach only their own great white hope for beating Mr. Trump at the polls: Joe Biden.

Now, Mr. Trump is on the warpath.

Acquitted forever, he delivered the best State of the Union Speech in the television era last week. Literally, better than Ronald Reagan.

This week in Manchester, Mr. Trump is hosting another one of his giant rallies right here in the heart of the nation’s first primary just as Democrats head to the polls to pick through their sad lot. It is a searing reminder of the united enthusiasm Mr. Trump enjoys.

At this rate, either Bernie wins and the Democrats morph into a full-blown socialist party, or party leaders rig the primary to steal the nomination away from him. Again.

Either way, it ends in disaster for the Democrats in November.

⦁ Charles Hurt can be reached at churt@washingtontimes.com or @charleshurt on Twitter.