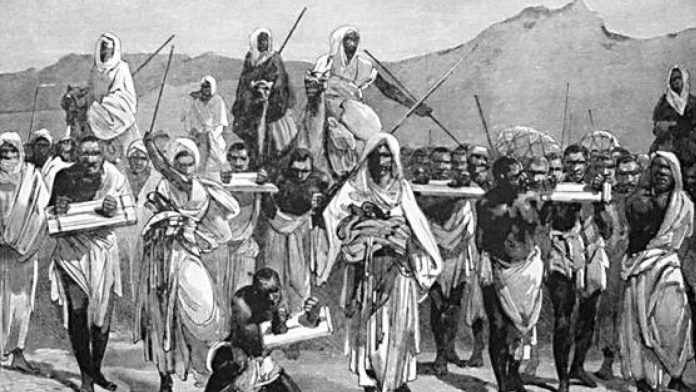 Islam’s history with the West has been one of unwavering antagonism and seismic clashes, often initiated by the former.  By the standards of history, nothing between the two civilizations is as well documented as this long war.  Accordingly, for more than a millennium, both educated and not so educated Europeans knew—the latter perhaps instinctively—that Islam was a militant creed that for centuries attacked and committed atrocities in their homelands, all in the name of “holy war,” or jihad.

These facts have been radically “updated” in recent times. According to the dominant narrative—as upheld by mainstream media and Hollywood, pundits and politicians, academics and “experts” of all stripes—Islam was historically progressive and peaceful, whereas premodern Europe was fanatical and predatory.

Whatever else can be said about such topsy-turvy claims—and there is much—they beg the question:  if such a formerly well-known, well-documented and atrocity-laden history could be revised in a manner that presents its antithesis as the truth—with little objection or challenge—what then of Islam’s more subtle but also negative influences on history, the sort that, unlike the aforementioned centuries of violence vis-à-vis Europe, are not copiously documented or readily obvious but require serious historical investigation?

Slavery is, of course, as old as humanity.  Centuries before the coming of Islam, Europeans—Athenians, Spartans, Romans—were fully engaged in the slave trade.  With the coming of Christianity, and as it spread all throughout the Roman and post-Roman empire (circa. fourth-seventh centuries), the institution of slavery was on its way to becoming extinct.

Then Islam came.  While hardly the first to exploit human flesh, it was the best at perfecting and thriving on it in the post classical, medieval, premodern, and even modern eras—with untold millions of non-Muslims enslaved throughout the centuries (one source indicates that 15 million Europeans were alone enslaved).

As usual, it was only natural for those near and in constant contact with Islam to be infected by the same vice of dehumanizing—and thus taking advantage of—the “other.”  After all, the few instances of Christians in Europe buying and selling slaves are largely limited to the long war with Islam.  Malta’s Knights of Saint John, for instance, responded to Islamic slave raids by enslaving the raiders and other Muslims.  Similarly, those Europeans who first became involved in the African slave trade, the Spanish and Portuguese, also just so happened to be the ones who for centuries lived side by side with—often in violence and themselves enslaved to—Muslims (those of al-Andalus).

Islamic slave raids into Africa began in the mid to late seventh century; then, according to Muslim records, astronomical numbers of Africans—in the millions—were enslaved in the name of jihad.  By the time seafaring Europeans reached the coasts of West Africa, the Islamic slave trade was bustling.

While most Western historians are aware that it was African “tribesmen” who captured and sold enemy tribesmen to Europeans, left unmentioned is that the “tribal” differences often revolved around who was and was not Muslim.

As John Alembillah Azumah, an African academic and author of The Legacy of Arab-Islam in Africa, explained in an interview:

Slavery was a very important part of Islamic expansion in West Africa, and in fact in the Sudan, and from the very earliest period of Islamic penetration of Africa.  … Slavery was a very endemic part of Islamic interaction with Africa.  And in West Africa, the jihad’s period of the eighteenth and nineteenth centuries involved massive slave raiding and slave trading; and many of the slaves that were captured and sold and sent to the transatlantic slave trade [were captured by Muslims]; most of those who were doing the slaving at the time were Muslim communities (emphasis added).

A look at historic maps seems to confirm this: the western coast of Africa, where captives were enslaved and sold to Europeans, were hotbeds of jihadi slave raids.  The populations from Senegal to Angola—the regions where arguably most African-Americans trace their bloodlines—were roughly half Islamic, half pagan between the sixteenth and nineteenth centuries.

More to the point, if today, when slavery has been formally abolished around most of the world, Muslim groups are still subsisting on the slave trade all throughout Africa—“Slavery Prevalent in Africa 400 Years After Transatlantic Trade Began” is a recent headline—the role Muslims played in facilitating the transatlantic slave trade should be evident.

Unfortunately, however, and as mentioned, if the obvious things of Islamic history—such as more than a millennium of unprovoked jihadi attacks on Europe—have been revised in a manner that presents the antithesis as truth, surely Islam’s more insidious or subtle role throughout history, such as its facilitation of the transatlantic slave trade, will remain unheard of.

As such, here is a general rule of thumb to help cut through all fake, pro-Islamic histories: to know what Islam did in the past, simply look to what it is doing in the present, which includes a thriving underground—and of course aboveground—slave market.

Meanwhile, Europeans/Christians—who were actually the ones to outlaw slavery internationally—will continue to be the blame all for this tragic episode of history.

The Value of the U.S.-Saudi Relations