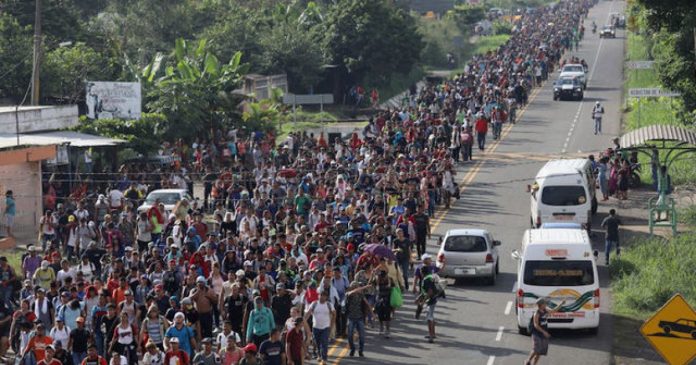 The wave could follow the end of the Migrant Protection Protocols.

The Pentagon is deploying more than 160 service members to the US-Mexico border in advance of a potential wave crossing of illegal immigrants. The Department of Homeland Security is projecting that large numbers of migrants will attempt to cross into the United States if the Trump administration’s migration-reducing ‘Stay in Mexico’ policy is overturned by the liberal Ninth Circuit Court.

80 troops are deploying to the Border Patrol’s sector in El Paso, Texas, and another 80 to California.

The Trump administration’s Stay in Mexico program, also known as the Migrant Protection Protocols, has proven to be a game changer in reducing flows of illegal immigration. The program requires asylum seekers to remain in Mexico while their legal cases for asylum are processed through the immigration court system. It effectively cuts off funding to the criminal smuggling system, as migrants cannot pay back loans to smugglers without access to the American jobs market.

The Ninth Circuit Court declared the policy to be illegal in February, a decision that was quickly met by a rush of migrants waiting in Mexico to the US border. The program is in place until March 12th, pending a Supreme Court appeal that Justice Department officials are seeking.

Should the program be allowed to lapse without Supreme Court intervention, DHS is expecting a large inflow of people from the roughly 60,000 migrants waiting in Mexico for the adjudication of their cases in the immigration courts.

There is reason to believe the Ninth Circuit Court’s efforts to undermine the policy won’t prove permanently successful, however. The Trump administration has obtained a successful track record in overturning the liberal circuit’s court decisions at the Supreme Court, a development that has incensed some of the left-wing justices on the court.