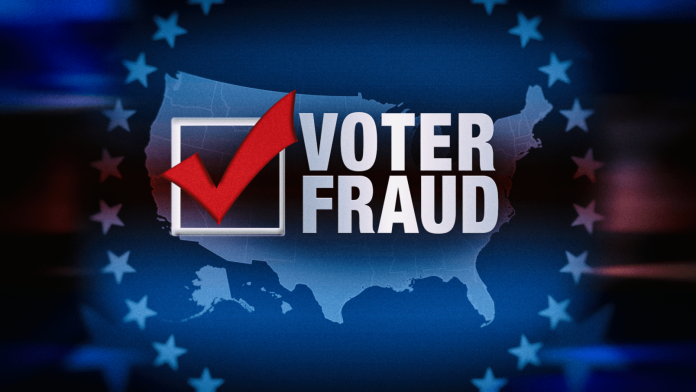 What most people would call voter fraud is actually legal in Minnesota elections.

Editors’ note: Below is Part 4 of a new essay written by Bruce Hendry: Democrats, Progressives and Socialists. Stay tuned for the ensuing chapters. [See links to previous chapters below this article].

It’s actually technically incorrect to say that there is large voter fraud in Minnesota, because what you and I would consider voter fraud is in fact legal in Minnesota. The Democrats euphemistic phrase for voter fraud is “ineligible voting” but the manipulation of the voting system is still fraudulent and so it’s still voter fraud. Most voters of either party are totally unaware of what’s going on.

Voter fraud In Minnesota is practiced almost entirely by Democrats through a two-part process. First, they construct election laws that are designed to tolerate ineligible voting and, second, they don’t enforce even the weak constraints in those statutes. Most voters of either party are totally unaware of what’s going on.

Here is how it works.

Self-certification. In Minnesota, you are supposed to be prohibited from voting if you (1) have a court order stating that you are incompetent to vote, (2) are not a citizen, (3) are a felon on parole or probation, or (4) live outside the precinct.

Despite no help from the Minnesota Secretary of State’s office, the Minnesota Voters Alliance painstakingly confirmed that 1,000 felons illegally voted in the 2008 senatorial election that Al Franken, a Democrat,  won by 312 votes.

In March 2018, the Office of the Legislative Auditor (OLA) released its review of Minnesota’s election system and revealed that more than 26,000 individuals whose status was marked “challenged” prior to the election voted in November 2016.

Same day registration. This is where the majority of voter fraud takes place. In Minnesota, 500,000 people typically register to vote on election-day in presidential election years. No verification of their eligibility is done prior to irretrievably counting their ballots. After the election, counties send a postcard to the address that the voter claimed on election-day. Following the 2008 election, the state couldn’t confirm the addresses of 17,000 voters and 31,000 other voters were marked “challenged” because they failed one or more eligibility checks. The ballots of all 48,000 of these questionable voters counted in the election Al Franken won by just 312 votes.

Vouching. In Minnesota on election-day, a person can establish residence by having another voter “vouch” for his address. A voter may vouch for as many as eight other persons.

Most states have “provisional” ballots for same day voters and self- certified voters and then check out the legitimacy of the voter before the vote is counted. Minnesota counts all votes as valid, even if it’s later proven that an individual voted illegally. The illegal vote still counts in Minnesota. The Minnesota Secretary of State is in charge of elections, and that office has been in Democratic hands for 30 years. Provisional ballot legislation, which would fix this problem, always gets killed by Democrats in the legislature  or vetoed by a Democratic Governor.

Physical assistance in marking ballots. In Minnesota, any voter who claims a need for assistance because of inability to read English, can obtain help from anyone the voter chooses. Currently, no person may assist more than three people but Democrats are fighting in court right now to eliminate that restriction.

There are documented cases of exploitation of mentally challenged adults in healthcare facilities who were “assisted.” When caught, the manager of one residential home in Brainerd said that voting gave his residents a feeling of importance and was good for them. The mentally challenged son of a friend of mine was put on a bus and driven to a voting place where, he later said, he voted for George Washington.

Power plays. Over the last three years, Minneapolis and St. Paul have created ordinances that compel landlords to hand out voter registration applications and other materials to new tenants, without any regard to the tenants’ citizenship or legal status. Both cities have declared themselves to be “sanctuaries” for ineligible persons.

The good news here, though, is that the Federal District Court for Minnesota has just ruled in favor of the Minnesota Voters Alliance that both ordinances are unconstitutional because they violate the landlords’ First Amendment speech rights.

Coverup. For the last two years, the Minnesota Voters Alliance has been in a lawsuit against Minnesota Secretary of State Steve Simon to force him to release public data from the statewide voter registration database. Ramsey County District Court and the Minnesota Court of Appeals have both ordered Simon to release the data but he refuses to comply, instead appealing those judgments to the Minnesota Supreme Court which should issue its opinion soon. The data are needed to assess ineligible voting in Minnesota, and the performance of election officials in carrying out their constitutional duty to provide ballots only to eligible individuals.

It is especially pathetic that in light of all the evidence for potential and actual voter fraud in Minnesota, the Secretary of State has done exactly nothing to assess or report on any of it. And why should he, it is working well for him and his party.

Early voting. Democrats use taxpayer money and their authority to regulate to further their own elections. During 2018, the City of Minneapolis spent $1.2 million setting up two early voting stations in Somali neighborhoods that vote almost exclusively Democratic.  One consequence of these taxpayer funded early voting sites was the election of the controversial Ilhan Omar to the U.S House of Representatives. Democrats using taxpayer money, to further their own elections. Early voting is just another way that Democrats abuse the system.

In addition there 2,150,000 names on the inactive voter list at the Secretary of State.

Consequently 5,410,000 is the total number of voters according to Secretary of State.

This calculation doesn’t count people in prison or on parole who can’t vote, illegal aliens who vote, or court ordered incompetents who can’t legally vote.

These categories are small but important in close elections like the election that elected Al Franken senator by a few hundred votes.

Absentee Ballots There are expected to be nearly one million absentee ballots cast in the 2020 elections.  And, because of an illegal tule created by Steve Simon, Minnesota’s Secretary of State, all of the absentee ballot board members doing the accepting and rejecting of ballot envelopes are hand picked by the appointing authority and not taken from the lists submitted by the major political parties as the law requires. Thus, there is no party balance oversight of the absentee ballot process.

The Loophole.  Steve Simon The Secretary of State  is sending a letter to challenged voters – voters who voted illegally and may not vote again until the challenge is cleared up – that they can still vote as absentee voters.

It’s not rocket science to have a fair and honest election. 1. Have paper ballots; 2. Have a Democrat and Republican election judge at each polling place. 3. Have provisional ballots. Don’t count the vote if the voter is not legitimate. 4. Have photo I.D.’s. 5. Eliminate early voting.

6. Eliminate vouching, where one person “vouches” for the legitimacy of another without any other identification.

Democrats block all efforts, to establish these easy fixes to ensure a fair election. What we see here is a situation ripe for abuse and manipulation by Democrats. That is why Democrats win all close elections in Minnesota.

What most people would call voter fraud is actually legal in Minnesota elections. Self certification; abuses of same day registration and vouching are all legal under Minnesota law and explain how Democrats use the legal system to win elections.

In 2016, Trump lost Minnesota to Hillary Clinton by a mere 44,000 votes. It’s my opinion Trump would have won Minnesota had the election been fair. Trump will probably lose Minnesota again in 2020 because of the fraudulent Minnesota voting system.

Bruce Hendry is a retired businessman who began from humble origins to become a highly successful investor and captain of industry. He embodies the American dream having earned his way to becoming the president and chairman of the Erie Lackawanna Railroad and Kaiser Steel. He is one of the leaders of the economic revolution that has made America the envy of the world, and also the target of resentful and spiteful leftists who want to destroy it.

What Is the Lincoln Project?