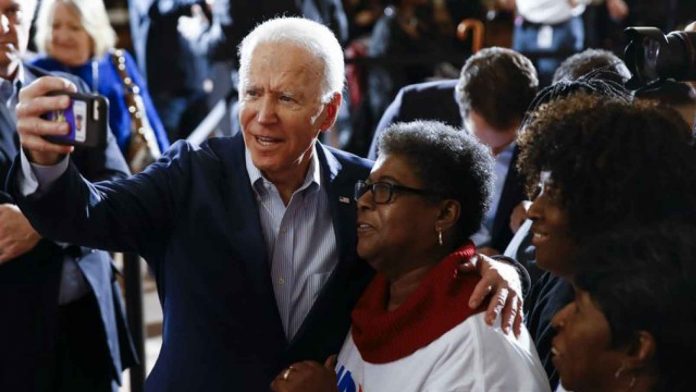 How the Left exploits the victimhood narrative and devastates a community.

I have often wondered why it has been so difficult for Congress to agree on sensible immigration laws, and also why existing immigration laws have not been enforced. The other mystery to me is why we let immigrants into our country that need to be on welfare when there are many immigrants that are highly educated who want to be here, but are denied. With so many people that want to come to America to live, why wouldn’t we pick the ones who would benefit our country the most?

Democrats are the answer to this mystery. Poor illegal immigrants from Africa, Mexico and Central America eventually vote for Democrats. It’s that simple. It’s not good for our country to let poor, sometimes uneducated persons who need welfare and medical assistance into our country. But it is good for Democrats. In simplest terms, Democrats sacrifice the good of the country in order to import future Democratic voters. An example of that is California, a state that used to be Republican when Ronald Reagan was governor, but now because of legal and illegal immigration, is solidly Democratic.

15. Democrats are a Disaster for African Americans.

94% of the African American vote goes to Democrats, despite the fact that Democrats have been a disaster for their communities. Historically, and prior to the Civil War, slave owners in the South were Democrats. In the 1860’s, the northern political party of the Whigs would not take a courageous stand against slavery. So a sizable portion of the Whigs broke away and formed the Republican party in order to free the slaves. The Republican party, the one that still exists today, was originally formed to free the slaves of the South and 360,000 mostly white men from the North died freeing the black slaves. 260,000 men from the Democratic south died trying to keep slavery.

After the Civil War, the Democrats in the South sought to keep African Americans from full citizenship by passing a series of laws that we now call “Jim Crow” laws. These segregationist laws identified people with black skins and then made special rules for them that kept them second-class citizens. Republicans came to the rescue again and with northern Democrats had those laws invalidated.

Democrats were not done demeaning persons with black skins, however. President Johnson’s “Great Society” legislation offered subsidies to women, but primarily black women, not to get married, putting them on the government dole in exchange for their votes.

In 1964, President Johnson said that it was a national disgrace that 20% of black children were born into families that didn’t have a father present. That figure is now 78%. The black family has been destroyed by Democrats who offered welfare benefits to single mothers, but not to married mothers. President Johnson privately quipped, as he signed the legislation that provided the benefits, “Those niggers will vote for us for the next hundred years.”  His predictions are coming true as Democrats continue to rely on the black vote to stay in power.

Democrats have convinced people with black skins that they are victims. One condition of victimhood is that you are powerless to save yourself and need the help of someone much stronger than you, like sympathetic Democrats. The whole idea that blacks need Democrats to protect them because they are victims incapable of protecting themselves is disgusting, racist and demeaning to black America.

When Candace Owens, a young black woman, was confronted by a group of men from Black Lives Matter with the victimhood mantra of their group, she responded by saying: “Shame on you for using the real racial problems of our grandparents as if they were your own. You are just over-privileged Americans.”

Lyndon Johnson’s Great Society devastated the black family, creating a dependent class of people. This is racist. It is bad for the African American recipients of welfare handouts. It’s bad for the United States. Creating a black sub-culture welfare state was bad for everybody except the Democrats who benefit from black votes.

Let’s not look at what Democrats say — “I want to help the poor and disenfranchised” — but at what they actually do, and how what they do adversely affects the poor. How do you keep a poor person poor? Welfare is one way. That’s the legacy of the “Great Society” legislation – a permanent underclass. If you give people something they didn’t earn or deserve, it takes their dignity and the incentive to improve themselves. Look at it like taking the bottom rung out of the ladder to success. This observation is not rocket science, just human nature at work.

What else could you do to keep people poor? Not educating them is another way, and as we have seen, the Democrats control every large, big-city school board. In Minneapolis, a typical big city, only 25% of African-American males graduate from high school. Graduation rates are now going up in Minnesota because the Democratic legislature canceled the graduation requirements in 2013, which included passing an eighth grade test to graduate from the twelfth grade. Yes, you heard right: it took the passage of an eighth grade test in order to graduate from the twelfth grade — and even that minimum standard was dispensed with by the Democratic legislature in 2013 at the urging of the Democrat-controlled teachers union. So even graduates of the Minneapolis public school system are barely literate.

To graduate from a Minnesota high school today only requires that you show up. The 75% of black males that don’t graduate from the Minneapolis school system will almost certainly do two things. One, they will remain poor, and two, they will vote for Democrats. One-fifth of the members of the Minnesota legislature are educators. The combination of the Democratic party in Minnesota being funded by taxpayers through the teachers union and the largest interest group in the legislature being made up of teachers, makes any meaningful educational reform in Minnesota almost impossible.

I used to volunteer my time and my money to helping poor inner-city black children in the Twin Cities to get a better education through an organization called “Kids First.” We gave about 6,000 K-8 scholarships, over a 10-year period. The kids escaped the dysfunctional Minneapolis and St. Paul public schools by taking the Kids First scholarship to a school of their choice, typically a charter school or a Catholic school. As well-meaning as we were, 600-per-year Kids First scholarships in two systems of 73,000 students made little impact and over the long run did nothing to change anything. I gave up trying. The teachers union won this one too.

Virtually every big city is turning out kids who can’t read or write at grade level. Of course, they will remain poor and will vote for Democrats. I don’t think that most Democrats do this on purpose, but the Democrat Party is the beneficiary of this dysfunctional school system as they get re-elected by the very people that they hurt most.

In a recent Nova show, a village that had food in a tough winter was attacked by another village that had run out of food. The rich village had not done anything wrong—in fact they had done everything right, and that’s why they had the food. The rich villagers were killed for their honorable efforts to prepare for winter and the “poor” village ended up eating their food. This story reminded me of the message of Democrats to their voters. Vote for me and I’ll take the food away from the village that earned it and give it to you, the village that simply wants it.

Democrats also created an evil class of people, the rich 1% who don’t pay their “fair share,” which is a powerful if deceptive message to the poor people that vote for them. Their message to black America is: You don’t have to be responsible for yourself. We, the Democrats, the government, will do it for you. Another way to make people dependent and secure their votes.

Candace Owens summarizes it this way: “The Democrats have done nothing for us but put us into urban plantations. Every two years they stop by and remind us to vote for them.”

The bottom line is this: some Democrats might actually think that they are helping poor people with various forms of government aid. But in the real world those payments create a dependency that keeps people poor. The political beneficiaries of keeping people poor are the Democrats who depend on their votes.

Bruce Hendry is a retired businessman who began from humble origins to become a highly successful investor and captain of industry. He embodies the American dream, having earned his way to becoming the president and chairman of the Erie Lackawanna Railroad and Kaiser Steel. He is one of the leaders of the economic revolution that has made America the envy of the world, and also the target of resentful and spiteful leftists who want to destroy it.