As we have said, here at The United West, One Team/One Fight.  We are in a fight for Constitution, Safety & Security, Freedom & Liberties, and America 1st.

We want to alert America about our friend & colleague’s new website that you all need to save in your browser history.  Thank you goes out to Dave Gaubatz & Adina Kutnicki for creating this source of reporting and Action Alerts!   Dave is traveling across America and going inside the enemies “tent” to gather information the communities need to know, need to understand, and need to share to others within that area… as well as law enforcement, religious leaders, and local government representatives (State Senate/Reps, School Boards, City Councils, Social Workers, and more)  Click on the title below to check it out!

America’s Civil War Rising (ACWR) educates and warns the public about the growing threat of Islamic sleeper cells in America and the unholy alliance forged between Islamic terrorist front groups and fascist communist factions. Known as the Red-Green Axis, this has erupted in a violent ideological clash against those who cherish the values and ideals inherent in American exceptionalism and our Constitutional Republic by those who aim to destroy it. Under the guise of “resistance,” the so-called “progressive” left has called for an all-out civil war!

ACWR names and exposes these players and identifies their methods and plots through firsthand research, primary source evidence, and the onsite fieldwork of experts—namely, our founder and counter-terrorism expert, Dave Gaubatz, and our Muslim Brotherhood expert, Adina Kutnicki. We also team up with other leading authorities and organizations to expose and combat propaganda and those who attempt to silence and demonize proponents of truth.

We do not coddle or shelter members and readers from the facts to conform to the ever-increasing effort by Islamic and leftist groups to impose sharia-compliant blasphemy laws on the public, which harms and disarms it from understanding and preparing for genuine threats. When dealing with the topic of Islam (or any other for that matter), we will not insult your intelligence. We unapologetically take a no-holds-barred, hardline approach and refuse to self-censor and sanitize the prevailing issues at hand.

America’s Civil War Rising also takes a strong, pro-Israel position. We believe that a safe Israel is a safe America and vice versa. The issues that are currently faced by Israel—the only democracy in the entire Middle-East region—are inextricably linked to and mirror many of those faced in America today. Similarly, the same nefarious tactics and groups—including the BDS (Boycott, Divestment and Sanctions) movement and CAIR (Council on American-Islamic Relations), which are directly tied to terrorist groups and have long been used to demonize and disseminate propaganda against it—have now been deployed in and against America.

And What We Do

There are over 3,000 Islamic mosques in America. Ninety (90%) percent recruit and train in jihad. More than 80% are Sunni Wahhabi and financed by Saudi Arabia. All are anti-American.

Aside from our unabashed, fearless approach to “naming the enemy,” America’s Civil War Rising is distinct from similar groups and sites for the firsthand research, onsite fieldwork, and evidence-based analyses of our founder and counter-terrorism expert Dave Gaubatz. As a retired Special Federal Agent with extensive training in Arabic and Islamic culture and tactics, he has held the highest levels of top-secret security clearance for counter-intelligence and counter-terrorism operations. Referred to by some as the “Terrorist Hunter,” Dave brings decades of experience and expertise to ACWR.

Dave is also the premier authority on the Muslim Brotherhood and led an undercover operation on CAIR, the U.S. Muslim Brotherhood arm of Hamas. His team exposed the largest Muslim conspiracy in U.S. history—uncovering over 12,000 documents and 300 hours of audio/video materials relating to criminal terrorist activity against America. His book, Muslim Mafia: Inside the Secret Underworld That’s Conspiring to Islamize America, is an outgrowth of this investigation.

With over 350 onsite surveys of U.S. mosques to his credit (100 abroad), it stands to reason that Dave’s current counter-terrorism work is groundbreaking too. Dave gathers raw, firsthand intelligence and primary source evidence/materials at U.S. mosques, Islamic centers, and various Islamic venues. He then evaluates their risk/ threat levels and identifies Islamic sleeper cells, reporting his recommendations here at ACWR first and foremost for you, the American public, and alerting the authorities when appropriate.

Like Dave, Adina Kutnicki is a Muslim Brotherhood expert with a vast body of work, including her trailblazing book, Banned: How Facebook Enables Militant Islamic Jihad. As our lead investigative journalist, she puts her expertise into writing, bringing us exclusive, breaking-news stories that focus on the nexus between Islamic jihadists and the anti-American/anti-Israel left. U.S. born and raised but residing in Israel, she is fluent in Hebrew. This—combined with her role as a consultant for a privately-held homeland security entity based in Tel Aviv, Israel, and Washington, D.C.—allows her to gauge the mood of the Middle East and to report on our key security issues with precision. 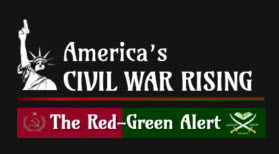