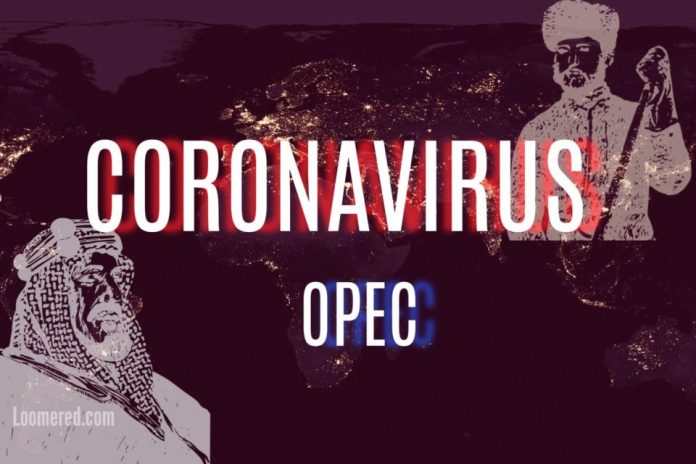 With the news cycle completely dominated by the coronavirus pandemic, another war is being overlooked: the oil war.

The oil price war is being waged between Russia and Saudi Arabia after the Russians abruptly broke off talks with the Saudis and other OPEC (Organization of Petroleum Exporting Countries) members in early March 2020.

Moscow’s decision to terminate what had been a three-year-long cooperative agreement with Riyadh to limit oil production set off a scorched earth oil price war that shows no signs of abating. That 2016 agreement, following a meeting between Russian President Vladimir Putin and Saudi Crown Prince Mohammed bin Salman, was intended to prop up oil prices amidst a global oil glut. The more recent onslaught of the COVID-19 pandemic has only slashed world oil demand further since then.

The shale oil revolution in the United States (U.S.) may be what lies behind the entire affair. American ingenuity has upended the existing OPEC-dominated world order and threatened their profit margins. The Russians in particular saw burgeoning U.S. oil production as a direct threat to its own petroleum industry. Unlike the Saudis, who actually have contracted with Haliburton on fracking technology, Kremlin officials have made no secret of their intent to take steps to counter the U.S. shale oil industry by tolerating a deep cut in oil prices now in return for maintaining market share long term.

But even beyond the purely fiscal nature of the current stand-off is a hard political calculus on the part of Putin and his inner circle. The Russians are betting that the Saudi relationship is worth sacrificing if, in so doing, American shale oil producers can be put out of business.

The last straw for Moscow may have been the Trump administration’s decision in early March 2020 to impose sanctions against Rosneft (Russia’s largest oil producer) for continuing to deal with the Venezuelan regime of Nicolas Maduro and help it evade sanctions.

On March 26th, 2020, the Trump administration went a big step further: federal prosecutors charged Venezuelan president Nicolas Maduro with heading up the Cartel of the Suns, a drug cartel that has trafficked cocaine into the U.S. for the last 20 years. U.S. authorities are offering a $15 million reward for information that leads to Maduro’s arrest.

After the Russians suddenly backed out of talks that had seemed to be on track in early March 2020 to reach an agreement on an overall 1.5 million barrels per day (mbpd) production cut, the Saudis decided to call Putin’s bluff and announced both a price cut and a production increase. World oil prices dipped by 30% overnight and remain in the low $30s per barrel range.

The Russians are trying to protect market share and squeeze out the American shale oil producers. They are gambling that they can outlast both the Americans and the Saudis, apparently counting on their significant fiscal reserves to hold on until the others blink. Each reportedly has around $500 billion in reserves they think will see them through the face-off. Sustained low oil prices would nevertheless be damaging to both and force budget-cutting measures.

The difference is. while Saudi Crown Prince MbS has embarked on an ambitious program called Vision 2030 to develop and diversify the Saudi economy, the Russians depend heavily on energy production as their main source of income (along with weapons sales).

The Silver Lining: Bring Down Iran

The Saudis may be loathe to postpone some of their domestic projects, but the Russians will be forced to cut back on key foreign commitments – such as the Syrian morass – as well as their plans to bolster their military or weapons production. Thus, something of a silver lining may be seen for the U.S. as well as global partners like Ukraine and the Saudis with a corresponding loss of financial support for mutual nemeses like Iran and Hizballah.

On top of a devastated economy due to U.S. sanctions, the Iranian regime lately has had to contend with ongoing domestic instability, the loss of Qods Force commander Qassem Soleimani’s leadership in both Iraq and Syria, and the debilitating effects of the COVID-19 outbreak that is taking lives even among the ranks of its senior leadership.

And while Tehran remains committed to its regional adventurism to achieve its strategic goals, the longer the economic and health crises continue, the more likely it is that Iran will be forced to reassess the situation. An Israeli Defense Forces spokesman indicated in mid-March 2020 that Israel was seeing “a decrease in the amount of [enemy] activities,” although he did not specifically name Iran. A draw-down in Russia’s ability to maintain its interventionist policies in the region cannot help but compound Iranian difficulties.

So, even though North Dakotan and Texan workers are being laid off as oil rigs close, the Trump administration announced on March 19th, 2020 that it would purchase 30 million barrels of oil to fill up the Strategic Petroleum Reserve and help support domestic oil producers. This step, along with the possibility that U.S. businesses will be able to gradually re-open in coming weeks, should offer hope to the besieged U.S. economy.

Meanwhile, events outlined here are setting the stage for a positive effect on our national security long-term, in addition to the fact that, under President Trump, the U.S. has become energy independent is becoming more invaluable by the day.

Clare M. Lopez is Founder/President of Lopez Liberty LLC and a Senior Analyst for Ravenna Associates, a strategic corporate communications firm based in Virginia
Contact: Clare@theunitedwest.org