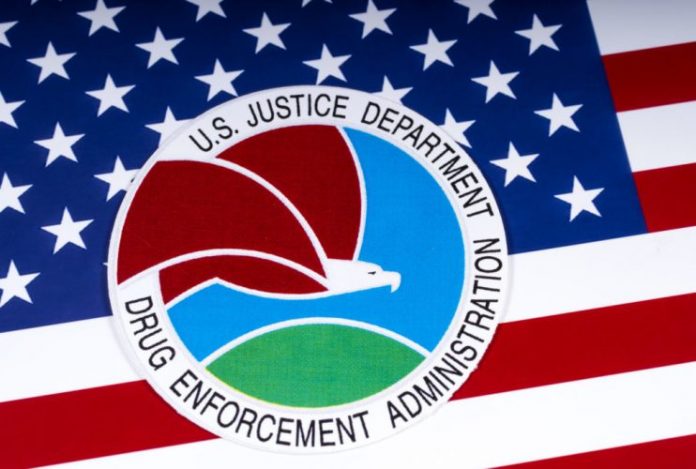 The result of a long-standing investigation against the president of Venezuela could finally force the authoritarian socialist from power to spend the rest of his life in prison on charges of narco-terrorism.

Early last year, U.S. Secretary of State Mike Pompeo described the regime of Venezuelan President Nicolás Maduro as “illegitimate” and made it clear the United States would work “diligently” to restore genuine democracy to the South American country. On Thursday, the Trump administration unsealed blistering indictments against Maduro and members of his inner circle on charges of money laundering, drug trafficking, and narcoterrorism. U.S. Attorney General William Barr disclosed the indictments of Maduro and other current and former Venezuelan officials, which indicate Maduro worked with Colombia to use Venezuela as a transshipment point for moving untold amounts of cocaine to the United States.

Maduro, a socialist dictator, is calling President Donald Trump “a racist cowboy” in defiance of the charges and sanctions against the South American country. A $15 million reward for information leading to Maduro’s capture has been offered, leading to the possibility of at least 50 years of imprisonment for conspiracy to commit narco-terrorism.

OneNewsNow spoke to Derek Maltz about the announcement. The former executive with the U.S. Drug Enforcement Administration (DEA) contends AG Barr did the right thing to expose Maduro, as corrupt government officials have caused immense damage to the people of Venezuela and around the world.

Maltz has a vested interest in the case against the illegitimate Venezuelan president. For more than 15 years, his partners in the DEA had worked specifically on “the overall trends” and Venezuelan partnerships with the FARC (the Revolutionary Armed Forces of Colombia) and Hezbollah. Venezuela was “a major concern” for the agency, while weapons and cocaine were at the forefront of their interests for many years. Maltz tells OneNewsNow he is “proud” of those who remained committed to this investigation.

“What [the DEA] started to see years ago at the Special Operations Division [SOD] was that Venezuela was actually aligned with the FARC and also the Mexican cartels,” Maltz explains. According to the former head of the SOD, they were sending drugs into America, Europe, Australia, and other parts of the world. “Venezuela was the command and control hub for all these big-time shipments,” he adds.

Maltz praises the current administration’s aggressive stance on global drug trafficking and narcoterrorism. He says these types of crimes occurring in Venezuela are important to the United States, because Venezuela continues to be a “command and control hub for global drug trafficking, cocaine especially.” On top of that, he argues, Venezuela deliberately allowed the FARC to use its airspace to transport massive amounts of cocaine north through Central America and into North America.

“They were using military corrupt officials to get the stuff on planes and out of the airports,” Maltz explains. “This shows you just how massively corrupt the whole thing was – and it shows you just how relentless the investigators are and how serious the current administration is taking national public security issues.”

“The reason [the drug-traffickers] were using Venezuela [as their hub] is because they were totally protected by the highest levels of the government,” he continues – and as a result, “they had no risk of infiltration inside of Venezuela, [allowing] big-time, multi-ton shipments of drugs, cocaine, to come out of Venezuela for years.”

The former DEA executive considers it hard for the average person to understand the significance of this operation against Maduro and his co-conspirators.

“To many, he’s just another corrupt guy – but what people don’t realize is how influential and untouchable these governments and presidents can be in their contribution to the widespread corruption around the world,” Maltz elaborates. “[Corrupt officials are] a huge obstacle for U.S. law enforcement and other agencies around the world to actually prosecute and make a difference” – but in this case, he says, the United States is making a difference.

In a concluding remark, Maltz says he “would like to see President Trump and Attorney General Barr start utilizing this success story [in Venezuela] to do the same type of work against the Mexican corrupt government officials that are destroying communities all over America with the poison that’s coming in from the cartels – because while it’s the same thing, it’s more impactful to the day-to-day public safety of our country [due to its proximity to our border].

Originally published by One News Now on Tuesday, March 31, 2020.