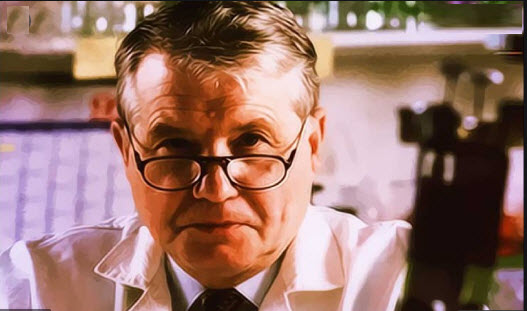 Professor Luc Montagnier, a central member of the team that identified HIV during the early days of the AIDS epidemic, is now bucking the media consensus on the novel coronavirus by claiming the pathogen was at least partially edited in a laboratory.

Montagnier revealed his reasoning on a French medical podcast Thursday, according to the French newspaper Le Parisien.

According to research performed by Montagnier, a Nobel Prize winner, and his mathematician partner Jean-Claude Perez, SARS-CoV-2 contains sequences of the human immunodeficiency virus — HIV.

The medical legend took his claims a step further and asserted his confidence that the virus was pieced together in a Wuhan, China, biolab.

Montagnier said researchers from India published their findings after stumbling over the HIV link, but were forced to retract after “enormous pressure,” according to a translated version of the Le Parisien story.

Anne Goffard, a professor at France’s Faculty of Pharmacy in Lille, disputes the link exists at all.

“The study of Indian biomathematicians was quickly invalidated by other work which, by looking at the computer study of the genome, proved that there was no HIV sequence,” Goffard told the paper.

While Goffard maintains the Indian researchers withdrew their publication due to errors and pressure from the scientific community, Montagnier’s team is not convinced.

“This is the work of a watchmaker’s precision,” mathematician Perez told Le Parisien. “The presence of pieces of HIV cannot be natural.”

Republican Sen. Tom Cotton of Arkansas found himself at the center of negative media attention and faulty fact checks after simply suggesting the Wuhan Institute of Virology needed a thorough investigation.

While the overwhelming scientific consensus points to COVID-19 being natural in origin instead of man-made, that expert agreement in no way absolves the Wuhan biolab.

It’s already been proven that the lab worked with coronaviruses likely taken from the most exotic and remote bat populations in China.

Although the specific details are unknown thanks to China’s secrecy, it’s assumed that scientists were working to compete against the United States in the field of virology. To do so, the researchers would likely isolate and study some of the nastiest pathogens available to them.

One unwashed hand or sloppy decontamination procedure is all it would take for a virus like SARS-CoV-2 to escape.

If Nobel Prize winner Montagnier is wrong about the virus being a human creation, it doesn’t mean there’s nothing to worry about. Natural selection is insidious in its efficiency and has given humanity the Black Death, the Spanish Flu and now, possibly, the novel coronavirus.

While China may not have been editing the biological code of viruses in the Wuhan lab, the country’s shocking lies have already cost the world dearly.