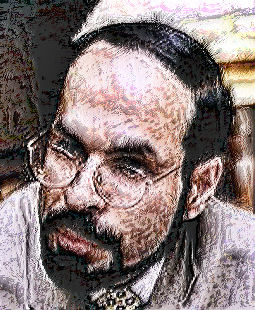 April 18, 2020 – San Francisco, CA – PipeLineNews.org – Rick Phillips is one of the candidates running in the Iowa Republican primary for Iowa District 2 in the U.S. House of Representatives. Phillips is quite outspoken about Islam and a number of other topics and candidly discusses many issues at his campaign website, The Swamp Fox. Phillips recently came to the attention of the Council on American-Islamic Relations (CAIR).

On April 13, 2020, various Republican leaders in Iowa received the following e-mail from CAIR:

“Dear State Leaders of the Republican Party of Iowa:

On behalf of the Council on American-Islamic Relations (CAIR), the nation’s largest Muslim civil rights and advocacy organization, I write to call on the Republican Party of Iowa to repudiate the Islamophobic, unconstitutional statements of a GOP congressional candidate in Iowa who claims Islam should be eliminated from the United States… Rick Phillips, candidate for the U.S. House of Representatives District IA-02, states on his campaign website that “Islam should be recognized as a hostile ideology antithetical to the United States Constitution” and that “It should have its religious status revoked.” He also falsely claims that a “mosque is nothing more than a military outpost where the seeds of hatred are sown against our country…”

CAIR believes that these statements do not reflect the core values of your party. We look forward to your written response and swift action. In the meantime, please let us know if you have any questions.

Later that day one of those Republican leaders forwarded CAIR’s e-mail to me, and I responded:

I was forwarded your e-mail and felt it was necessary to correct some of your claims.

You noted that the following statement was on Mr. Phillips’ website:

Islam should be recognized as a hostile ideology antithetical to the United States Constitution.

This “dilemma” for Muslim public officials is glaringly apparent in the data shown at the website for The Muslim Oath Project: http://www.liberato.us/muslim-oath-project.html.

At this website you can see the list of Muslim public officials/candidates to whom I have presented four questions that require a choice to be made between supporting the U.S. Constitution/our man-made laws or Islamic Doctrine. At this point I have contacted 181 Muslim public officials/candidates (and this number will grow) with those four questions. Of these 181, only 11 expressed support for the U.S. Constitution, and of those 11, three did not give me permission to mention their names. This is very concerning.

You wrote that Phillips “falsely claims that a ‘mosque is nothing more than a military outpost where the seeds of hatred are sown against our country.’” However, according to the modern commentary below, during the time of Muhammad mosques did have a military aspect:

Mosques play an extremely significant and fundamental role in the building of the Islamic society. The Messenger of Allah used the mosque for a myriad of purposes – as the capital of the Islamic state, as a command center for military expeditions, as a consultation chamber for state affairs, as a public treasury, as an Islamic court, as the first Islamic university, as a Civil secretariat, as a state guest house, and for many other constructive purposes. [source, Muhammad bin Yazeed ibn Majah al-Qazwini, Sunan Ibn Majah, trans. Nasiruddin al-Khattab (Riyadh, Kingdom of Saudi Arabia: Darussalam, 2007), Vol. 1. “Comments e.,” p. 483.

And mosque leaders do teach Islamic Doctrine, which, as I have shown above, has core tenets in irreconcilable conflict with the Constitution of our country.

One might not like to hear what Mr. Phillips has to say about Islam, but in these particular issues there are facts to support Mr. Phillips.

“It is not appropriate to label all, or even the majority of those, who question Islam and Muslims as Islamophobes.”

On April 14th McCaw responded to my e-mail:

“Dear State Leaders of the Republican Party of Iowa:

On behalf of the Council on American-Islamic Relations (CAIR), I write to commend the Republican Party of Iowa for distancing itself from Rick Phillips’ hostile anti-Muslim comments.

As stated yesterday in the Des Moines Register:

As I mentioned yesterday in CAIR’s press release, the U.S. Constitution exists to and must protect Americans of all faiths. The kind of hatred and anti-American views promoted by Mr. Phillips places in danger both constitutional protections of religious freedom and the safety of ordinary American Muslims.

While it is disappointing that someone from your party’s local leadership would invite into this correspondence an anti-Muslim pseudo-intellectual like Steve Kirby – who promotes Islamophobic conspiracies and ardently supports the hostile comments made by Rick Phillips – we take to heart that these views do not actually reflect the views of the Republican Party of Iowa.

Please consider CAIR a non-partisan resource into the Muslim community.

I responded later that day:

It is unfortunate that your resorted to an ad hominem response instead of addressing the serious issues I have raised about Islamic Doctrine versus the U.S. Constitution. For the sake of clarifying some issues, I have included four questions below and would be very interested in the responses of the following CAIR officials to those questions (I have added the additional e-mail addresses): Robert McCaw, Abbas Barzegar, Zainab Arain, Roula Allouch, Masoud Nassimi, Ahmed Al-Shehab, Nihad Awad, Edward Ahmed Mitchell, Ibrahim Hooper, Nabeelah Naeem, Zainab Chaudry, Omar Ali

No. 4: According to the words of Allah found in Koran 4:3, Muslim men are allowed, but not required, to be married to up to four wives. Being married to more than one wife in the United States is illegal according to our man-made bigamy laws. Do you agree with Allah that it is legal for a Muslim man in the United States to be married to more than one woman, or do you believe that our man-made laws prohibiting bigamy are true laws and are to be followed instead of this 7th Century command of Allah?

I look forward to your responses.”

Here is a list of the CAIR officials to whom I directed those four questions, with their current positions in CAIR:

This is the leadership of CAIR, yet not one of them was willing to express support for the U.S. Constitution.

However, of the twelve there were eight in particular that, in theory, should not have had a problem with expressing that support.

Nihad Awad was born in Amman, Jordan; Ibrahim Hooper was born in Canada; and Masoud Nassimi was born in Afghanistan. They all subsequently became American citizens. As part of their Citizenship Oath, each had to state, “I will support and defend the Constitution and laws of the United States of America…”

According to their respective CAIR biographies, Edward Ahmed Mitchell is an attorney and practiced law as a criminal prosecutor for the City of Atlanta. Roula Allouch is an attorney and is licensed to practice in state and federal courts in Kentucky and Ohio. As lawyers, Mitchell and Allouch each had to take an oath to support the U.S. Constitution. Masoud Nassimi is a California State Employee, working for the California Department of Transportation (Caltrans). In order to be hired by Caltrans Nassimi had to take another oath to support the U.S. Constitution.

Dr. Abbas Barzegar was a former professor at Georgia State University. In order to have taught at that state university Barzegar had to first take a Loyalty Oath to support the U.S. Constitution.

Zainab Arain was a paid Graduate Teaching Assistant in the UCLA Department of Asian Languages and Cultures from September 2015 to June 2016. According to Article 20, Section 3 of the Constitution of the State of California (as amended in 1952), Arain would have had to take an oath of office to support the U.S. Constitution in order to be hired as a paid teaching assistant at UCLA.

Robert McCaw referred to the importance of the U.S. Constitution a number of times when writing about Phillips, and McCaw specifically pointed out that the views promoted by Phillips, “places in danger…constitutional protections of religious freedom…”

If McCaw was so concerned about the importance of the U.S. Constitution and in particular religious freedom, why would he not express that support by answering the four questions, especially the question regarding freedom of religion for Muslims in America?

How much credence can really be given to an oath or expression of support when there is a subsequent unwillingness to apply it?

Dr. Stephen M. Kirby is the author of six books about Islam. His latest book is Islamic Doctrine versus the U.S. Constitution: The Dilemma for Muslim Public Officials .

©2020 Stephen M. Kirby, PhD. All rights reserved. No part of this publication may be reproduced, distributed, or transmitted in any form or by any means, including photocopying, recording, or other electronic or mechanical methods, without the prior written permission of the author except in the case of brief quotations embodied in critical reviews and certain other noncommercial uses permitted by copyright law.