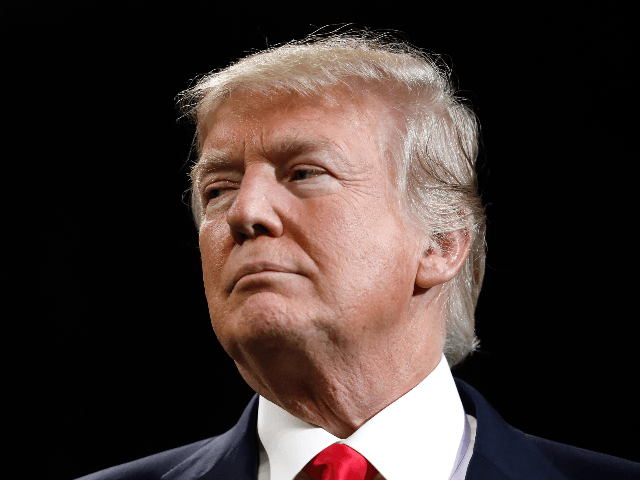 The White House’s Office of Management and Budget (OMB) has redirected funds from the World Health Organization (W.H.O.) to charitable groups such as Samaritan’s Purse and the Red Cross, the New York Post reported Thursday.

On Tuesday, President Donald Trump ordered a 60-day hold on U.S. funding to the W.H.O., asserting the organization failed to vet information about the novel coronavirus coming out of China, and ultimately covered up the seriousness of its effects because of its friendly relationship with that nation.

The New York Post noted the funds would be redirected to charities, such as the Red Cross, and Christian organization Samaritan’s Purse, led by its president, Rev. Franklin Graham:

An administration official told The Post that efforts were underway to redirect “every single pot of money” from the WHO to other organizations. Large international relief organizations already are in many cases doing similar work, they said.

The administration official said that the White House Office of Management and Budget would send any necessary notifications to Congress when there are decisions to redirect funds, though in some cases that may be unnecessary.

In response to the pandemic, in New York City, Samaritan’s Purse set up a 14-tent, 68-bed emergency field hospital in Central Park, one that is staffed by more than 70 doctors, nurses, and other healthcare workers.

LGBTQ lobbying groups, however, launched an attack on evangelical leader Graham and his outreach organization, accusing him and his group of “putting New Yorkers’ lives on the line” by having Christians who hold to one man-one woman marriage to care for victims of the coronavirus.

I don’t trust Franklin Graham to help those in need in the LGBTQ community. I’ve seen far too many anti-LGBTQ activists like Graham ignore the suffering of LGBTQ people. In this instance, Graham is capitalizing upon a crisis to inflict more pain and suffering on an already marginalized population. He has stated, loudly and proudly, too many times that the LGBTQ community is a threat for me to want to place my life, or the lives of people l love and care about, in his hands.

Graham responded to the attacks on Facebook, explaining that, while Samaritan’s Purse paid staff is asked to subscribe to a statement of faith that includes belief in one man-one woman marriage, the organization has “never asked any of the millions of people we have served to subscribe to anything.”

In other words, as a religious charity, while we lawfully hire staff who share our Christian beliefs, we do not discriminate in who we serve. We have provided billions of dollars of medical care and supplies, food and water, and emergency shelter without any conditions whatsoever. Our Christian faith compels us—like the biblical Good Samaritan—to love and serve everyone in need, regardless of their faith or background.

In announcing the hold on U.S. funding for the W.H.O., Trump said, “We spend $500 million a year,” and noted that China only spends $30 million-$40 million annually.

The president said the W.H.O., an agency of the U.N., had participated in “mismanaging and covering up” the spread of the coronavirus around the world.

“The W.H.O. pushed China’s misinformation about the virus, saying it was not communicable, and there was no need for travel bans,” Trump said.