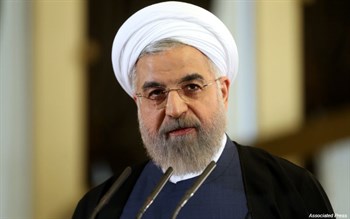 An expert on national security is warning that on the heels of the death of Iranian Gen. Qassem Soleimani earlier this year, the Islamic Revolutionary Guard Corps continues to threaten the United States, bolstering itself as a force to be reckoned with.

Nearly two weeks have passed since 11 Iranian Islamic Revolutionary Guard Corps Navy (IRGCN) vessels taunted six U.S. Navy ships conducting drills in the Persian Gulf. On April 22, President Donald Trump responded on social media, tweeting: “I have instructed the United States Navy to shoot down and destroy any and all Iranian gunboats if they harass our ships at sea.”

IRGC commander-in-chief, Hossein Salami, responded by stating he instructed his forces to respond to the U.S. in the same manner, ordering the destruction of any threats to Iranian ships. Within days of this incident, U.S. Secretary of State Mike Pompeo found himself warning the world about the IRGC’s first satellite launch into space.

OneNewsNow spoke to Clare Lopez, an expert on national security, about the recent bold moves of the Iranian regime. In regard to the harassment of U.S. Navy vessels in the international waters off Iran, she marks the incident and others like it as “a lot of bluster.” In fact, she argues, “it demonstrates that they are feeling very much pressured from a whole bunch of different causes.”

According to Lopez, these causes include the discontent of their own people who have protested in the streets of Iran for more than two years, as well as the economic stress Iranians have endured under sanctions imposed by the Trump administration. On top of that, she adds, the current crisis of the coronavirus pandemic adds to the pressure.

The combination of all these circumstances leads the founder/president of Lopez Liberty to expect a “lashing out” by the regime. And the recent activity of the IRGCN boats coming within 50 yards of a U.S. Navy vessel in the Persian Gulf affirms for her that such action “sets up a situation where even a miscalculation could lead to something of a very bad outcome.”

Thus, she contends President Trump’s warning to the Iranian regime was a necessary measure. “This is exactly how you deal with bullies and thugs like that regime in Tehran,” she tells OneNewsNow. “You put them on notice, and they know exactly where the red line is.”

And according to Lopez, Trump has established “credibility” with the regime, having taken down Soleimani, the head of Iran’s elite Quds Force, on the third of January. “The United States hasn’t seen this kind credibility [with Iran] in the last six presidents,” she adds.

Nonetheless, the Iranian regime presses forward with making worldwide threats with the IRGC’s announcement on April 22 that it had launched a military satellite into orbit. (See editor’s note below.)

According to Lopez, the launching of that satellite tells the world Iran has “the same kind of capability and technology to launch a missile that could otherwise be tipped with any kind of warhead, including nuclear, chemical, or biological – [and] all they would have to do it fit it into the nose cone.” The threat of an EMP attack is added concern, she notes.

Lopez also finds the trajectory of the satellite disconcerting.

“This particular military satellite is circling the globe on a polar trajectory, [meaning] that it’s not going around the middle of the earth, horizontally, but it’s going over the poles,”  she explains, emphasizing that “it’s coming up over the Western Hemisphere, over the United States from the south.”

And Iran isn’t the first “bad actor” to launch a satellite in this manner, says Lopez, noting that the North Koreans have two satellites in an identical orbit – a polar trajectory.

“This,” she points out, “harkens back to something that was named during the Cold War when there were tensions between the United States and the Soviet Union.”

Lopez is referring to what is called the Fractional Orbital Bombardment System (FOBS), a space-delivery system of nuclear weapons designed in the 1960s by the Soviet Union. FOBS is particularly dangerous for the United States because the U.S. has no radar or ballistic missile defense systems along the Atlantic coast to the east or the Gulf Coast to the south, according to the national security expert.

“Our defenses are out West and to the North,” she notes — stemming from a previous Cold War threat decades ago. “[And] the trajectory of this new Iranian military satellite is also coming up at us out of the south.”

What’s more, Lopez also points out, is that “the Iranians and the North Koreans work very closely together, especially on both nuclear and ballistic missile technology.” Both actors also have a very advanced, sophisticated chemical and biological weapons program, she discloses. While North Korea has regularly threatened the United States through the years, the Iranian regime hasn’t shied away from doing the same.

“An Iranian regime backed into a corner, under debilitating stress, could be more dangerous than ever before,” Lopez concludes.

Editor’s note: As of this writing, the “success” of Iran’s launch remains questionable. As recently as Monday, April 27, the Pentagon didn’t see the satellite as posing “any intelligence threat,” describing it as “a tumbling webcam in space; unlikely providing intel.” That word came from a tweet by General Jay Raymond, the head of the U.S. Space Command. (Report from AFP)