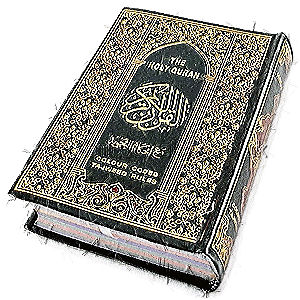 …the Constitution which at any time exists, ‘till changed by an explicit and authentic act of the whole People, is sacredly obligatory upon all.

People in public office at the local, state, and federal levels are required to take an oath of office that requires them to swear, or affirm, to support the U.S. Constitution. This is based on Article 6, Clause 3 of that Constitution (the “Oaths Clause”).

This constitutional requirement is binding upon every government official in the United States from state governors and judges to members of city councils, police officers, firefighters or board members of mosquito abatement districts and library boards. [1]

I decided to put this idea to the test. Over the last five months I have sent e-mails, Facebook messages, and/or Twitter messages to 218 Muslim public officials and Muslim candidates running for public office at local, state and federal levels across the United States. I presented each with four questions requiring a choice to be made between the U.S. Constitution/our man-made laws or Islamic Doctrine.

Here are the Four Questions:[3]

No. 4: According to the words of Allah found in Koran 4:3, Muslim men are allowed, but not required, to be married to up to four wives. Being married to more than one wife in the United States is illegal according to our man-made bigamy laws. Do you agree with Allah that it is legal for a Muslim man in the United States to be married to more than one woman, or do you believe that our man-made laws prohibiting bigamy are true laws and are to be followed instead of this 7th Century command of Allah?

Of the 218 Muslim public officials and candidates to whom I sent these questions, only twelve responded that they would support the Constitution/our man-made laws over Islamic Doctrine. But of these twelve, four did not give me permission to publicly use their names.

There are 28 States listed, along with Washington DC. New Jersey has 39 names listed; Michigan has 24; Minnesota has 20; California and Illinois each have 16; and Virginia has 13. Other states listed include Florida, Georgia, Iowa, Massachusetts, North Carolina, Pennsylvania, and Texas.

Is it Fair to Ask These Questions?

One might wonder if it is fair to ask Muslim public officials and Muslim candidates to make such a choice? It certainly is because of the irreconcilable conflict between major tenets of Islamic Doctrine and those of Western Laws, especially the U.S. Constitution. It is only natural then to ask those Muslims how they can reconcile that conflict.

Here is an additional consideration. In its 2020 ‘Muslim Vote Campaign’ the Council on American Islamic Relations (CAIR) has included a questionnaire asking non-Muslim candidates and government officials whether or not they support specific “Muslim needs.” CAIR explained:

CAIR’s 2020 questionnaire is an update to its 2016 questionnaire and provides sample questions for Muslims to ask local city council, mayoral, state legislative, gubernatorial, and congressional candidates running for office and government officials.

Candidate responses to CAIR’s election questionnaire will assist American Muslims in evaluating each candidate’s leadership criteria and their ability to unite and engage the community on policies and programs that meet Muslim needs.

The questions and the issues included in the questionnaire emphasize the American Muslim community’s concerns, as well as those of its civil rights, immigrant rights and worker rights allies. [6]

Here is a sampling of the issues about which the American Muslim community is concerned; these questions are from a publication that CAIR issued in January of this year titled Sample Questions for Candidates and Public Officials:

It is interesting to note that CAIR’s Sample Questions for Candidates and Public Officials 2020 publication is, for some reason, no longer accessible from a number of different CAIR sites where it is still listed. However, in January of this year I did download a copy of that publication and it is available here .[7]

Another interesting side note about CAIR: As a result of CAIR recently interjecting itself into an Iowa Republican primary election while emphasizing the importance of the U.S. Constitution, I sent the Four Questions to twelve members of CAIR’s leadership at their respective CAIR e-mail addresses. In spite of CAIR’s stress on the importance of the U.S. Constitution for Iowa elections, none of the twelve responded (see my article: CAIR Interferes in Iowa Election – Refuses To Express Support For U.S. Constitution ).[8]

Maybe They Didn’t Get the Four Questions?

One might speculate that the reason the vast majority of Muslim public officials/candidates would not respond was because they never received my attempts to contact them.

However, the e-mail addresses and Facebook Messenger contacts I used were those listed on active political campaign sites, current public office sites (e.g. city council, state legislature, school board, etc.) and current business/organization sites. When the information was available, I would also include the e-mail addresses of affiliated staff members or campaign advisers. Because of the locations where these e-mail addresses and Facebook accounts were listed, I believe that each individual considered that particular e-mail address or Facebook account as a valid way for a political supporter, constituent, or someone interested in their business/organization to get in touch with them. With regard to Twitter, I sent messages to active campaign Twitter accounts.

It was suggested that I should contact Muslim public officials and candidates by telephone. I took the written approach because I wanted the individual Muslim to have sufficient time to consider each of the four questions before responding. Presenting the questions in writing ensured that each received the same exact questions that others had received and prevented any possible claims that I had worded the questions differently based on the individual. The written responses, or lack thereof, also ensured that I accurately reported how the individual Muslim replied.

There is an importance attached to taking an oath of office to support the U.S. Constitution.

The Framers of the U.S. Constitution considered the “Oaths Clause” a way of integrating the original thirteen states into a federal union. It was also a way of binding those taking that oath “to abstain from all acts inconsistent with it,” and “to observe the limits” it placed on their authority.[9] So taking an oath to support the Constitution is a way of providing common cause among different people with each acknowledging that the same Constitution will uniformly guide and limit their actions. Taking such an oath also sends that same unifying message to those watching.

If we are to expect our public officials “to abstain from all acts inconsistent” with the U.S. Constitution, then it is only natural to raise specific questions when a public official or candidate for public office claims to follow a religion that is rife with teachings and commands in conflict with that Constitution. And it is incumbent on Muslim public officials and candidates to be willing to specifically answer how each resolves that conflict.

If Muslim public officials or candidates see their name on The Muslim Oath Project list and believe they did not received the Four Questions, I hope they would contact me at The Muslim Oath Project website so I could send them those questions and they could then go on record as to how they chose between the U.S. Constitution/our man-made laws or Islamic Doctrine.

In questions of power then, let no more be heard of confidence in man, but bind him down from mischief by the chains of the Constitution.

©2020 Stephen M. Kirby, PhD. All rights reserved. No part of this publication may be reproduced, distributed, or transmitted in any form or by any means, including photocopying, recording, or other electronic or mechanical methods, without the prior written permission of the author except in the case of brief quotations embodied in critical reviews and certain other noncommercial uses permitted by copyright law.

Dr. Stephen M. Kirby is the author of six books about Islam. His latest book is Islamic Doctrine versus the U.S. Constitution: The Dilemma for Muslim Public Officials .

[1] David Shestokas, The US Constitution and Local Government, January 7, 2014, http://www.shestokas.com/constitution-educational-series/the-us-constitution-and-local-government/ .

[3] The Four Questions are available in a brochure format at https://islamseries.files.wordpress.com/2020/04/islamic-doctrine-versus-the-u.s.-constitution-four-questions-for-muslim-public-officials-and-candidates.pdf .