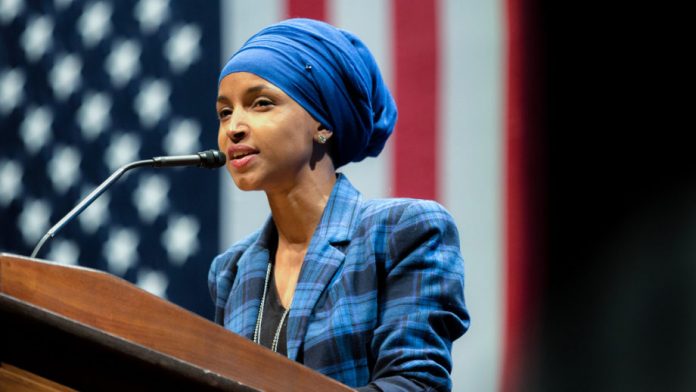 Source:  Discover the Networks, May 2020

Somali-born Muslim Rep. Ilhan Omar disgustingly — and yet predictably — reacted to news that the Department of Justice is dropping its case against former National Security Advisor Michael Flynn on Thursday by labeling it “white privilege at work.”

Where was Flynn’s white privilege when he was targeted, framed, investigated, fired, coerced into pleading guilty, and had his reputation smeared by Obama-administration Deep State operatives? The only “privilege” Flynn has benefited from by having his case dropped is called “justice.”

On the contrary, Omar has benefited from her Muslim privilege. She has been the center of controversy for a history of anti-Semitic statements, for her open support for sharia law, for alleged immigration fraud, and for her statements whitewashing Islamic terrorism and condemning America.

And yet the race-mongering Omar remains in office, and benefits from the Muslim privilege of dismissing her critics as “Islamophobic.”