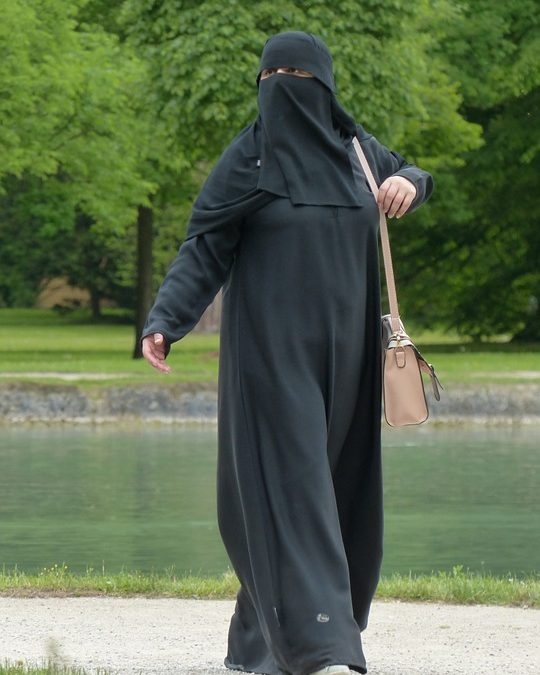 Sometimes, one anecdote is worth a thousand statistics. As Joseph Stalin cynically said, “One death is a tragedy, a million deaths is a statistic.”  And that’s the problem with convincing people in the West that Islamic culture is quite different from our own — so different that it’s largely incompatible with Western democracies.

However, it’s hard to make the case with statistics. We may hear that 500,000 Muslim women and girls in Europe have been subject to female genital mutilation, but it often doesn’t register. We may read that 90 percent of the “honor” crimes against women occur in Muslim countries, but we soon forget.

Statistics are important, but nothing brings home the reality of misogyny so much as a personal account. Stories stay with us in a way that statistics don’t.

What follows are some personal anecdotes related by former Muslims. They tell a story that the statistics don’t.  Let’s start with Wafa Sultan, a Syrian-born American psychiatrist.

In her book, A God Who Hates, Sultan provides a telling anecdote from her life growing up in Syria.  She recounts how her grandfather forced her grandmother to solicit a new bride for him, and then insisted that his wife perform a ritual dance (with a bowl of incense on her head) at the wedding in honor of his bride.

This is shocking to the Western conscience, but it’s less so to the many Muslims who have grown up in cultures where men are more highly valued than women. It’s actually written into sharia law that the value of a woman is only half the value of a man. But that’s just a data point. And, besides, few people are inclined to browse through sharia law books. So, let’s return to the story of Wafa Sultan’s grandparents to get a fuller picture. It turns out that her grandparents had five children — two girls and three boys. Then a smallpox epidemic came through their village and took the three sons. As Sultan tells it:

My grandfather awoke in the night to find himself enveloped not in sadness, but in shame.  He had become a “father of daughters,” and, of course, my grandmother was held responsible for his disgrace, as she had borne him those daughters.

It was within a week of the death of their sons that he forced his wife to solicit a new bride. And no one thought the worse of him for it. He was the head of the village and, thus, a man of distinction.

Of course, this happened a long time ago, and you may be thinking that things have changed since then. Well, they have changed. In fact, there have been two drastic changes—in opposite directions. During the middle of the Twentieth century, much of the Muslim world underwent a process of secularization and Westernization, and many abandoned the old ways.

Following the Iranian Revolution of 1979, however, the Muslim world took a U-turn back to a more fundamentalist past. Clean-shaven men started growing beards, and women exchanged skirts for abayas. And in some places, such as Iran, sharia law became the law of the land.

So, if we jump ahead about 70 years from the time Sultan’s grandfather took a second wife, we find that things have not changed as much as we might have expected. Take the story of a young Muslim woman that first appeared in the November, 2017 issue of Texas Monthly.

Tania Joya grew up in a suburban town north of London. Her parents were from Bangladesh, and she was their fourth daughter.

“The fourth unwanted daughter,” she said, citing the deeply rooted cultural belief that boys are more worthy than girls. “Families have babies after babies, hoping for a boy.” She recalled how people would meet her father and sympathize, saying “Four daughters, I’m sorry.” He would shake his head and sigh, “I know, I know.”

It’s a London suburb, not a Syrian village and it’s a half-century later, but the value of a Muslim girl hasn’t increased a great deal.  Moreover, Tania describes her parents as fairly moderate Muslims, not as rigid fundamentalists. Still, it is Islamic culture, not English culture, that shapes their attitude toward women.

Tania’s story carries other echoes of Sultan’s anecdote about her grandparents. At the age of twenty, Tania married a young Texan, a convert to Islam. But shortly after their second son was born, “her husband took another wife in London.” In a matter of fact manner, the author of the piece adds, “He married her by phone.”

The author notes that favoritism toward males is a “deeply rooted cultural belief.” Yes, but Islamic culture is largely shaped by the religion of Islam. And Allah himself seems more favorably disposed to men. Thus, although Muslim women can have only one husband, Allah allows men to have up to four wives. Even heaven seems to be designed as a men’s club. The main attractions in paradise are the bashful dark-eyed virgins “whom neither man nor jinnee will have touched before.” (55:74)

By contrast, the Koran has nothing to say about what sort of companions Allah will provide for women in paradise. The happiness of women in paradise is a low priority matter. What’s more, according to Muhammad, the majority of the inhabitants of Hell are women. Women, it seems, face discrimination both in this life and the afterlife.

Moreover, the promise of virgins in paradise creates a perverse incentive to devalue real women. The lure of more desirable partners in the next world increases the likelihood that men won’t be satisfied with their wife (or wives) on earth. And since the surest path to the promised brides is to commit jihad for the sake of Allah, the virgins become a strong incentive to join the jihad.

As Nonie Darwish, another former Muslim, puts it, “Islam has substituted love of jihad and martyrdom for love of family.” Indeed, the reason Tania Joya eventually leaves her husband is that he becomes a jihadist and insists on dragging her and their three sons through highly dangerous areas in his quest to join ISIS. All of which seems to confirm Darwish’s observation that, “In Islam, after believing in Allah, the number one priority for a Muslim believer is not family; it is jihad.”

Another indication of the low status of women in Islam is that they often have little say about who they will marry. In her autobiography, Infidel, Ayaan Hirsi Ali recounts how her father arranged her marriage:

My father came straight from the mosque to our flat… “Ayaan, my daughter, I have good news for you—the best news—my prayers are answered!”  he crowed.  “Today in the mosque a blessed man came to me with a proposal of marriage, and I offered him your hand.”

When Ali complains, he tells her:

You’re saying you don’t want this — it’s not a question. We are living in bad times. Surely you won’t reject my choice of husband for you just because he doesn’t read novels.

So, Hirsi Ali had to marry a man she had met only once. On the day of the wedding she did not attend the ceremony because “neither my presence nor my signature was required for the Islamic ceremony.”

Many in the West, including many in the Church, have been trying hard to normalize Islam — to make it seem, for instance, that Islamic family values are just like Christian family values. But the differences are greater than most realize. Thankfully, we have brave women such as Ayaan Hirsi Ali and Nonie Darwish to set us straight.

In her own autobiography, Now They Call Me Infidel, Darwish recounts her reaction on first seeing a church wedding in an old Hollywood movie:

I was very touched by the holiness of the marriage vows, especially when the husband promised to love, honor, and cherish his one and only wife … I … was touched not only by the romance of the marriage vows but also by the way a Christian woman was honored and elevated by her husband and society.

In contrast, notes Darwish, “Muslim weddings are more about sex and money.  They do not convey the holy covenant of marriage.”

In her highly informative books, Darwish shreds the multicultural delusion that, beneath the surface differences, all cultures are essentially the same. They’re not, says Darwish, and she offers dozens of concrete examples to make the point. While diversity should be appreciated, she observes, there are certain elements of Islamic culture that should not be allowed to take root in the West.

For an inside and up-close view of Islamic values, one would do well to get acquainted with the eye-opening stories of former Muslims such as Nonie Darwish, Wafa Sultan, and Ayaan Hirsi Ali.