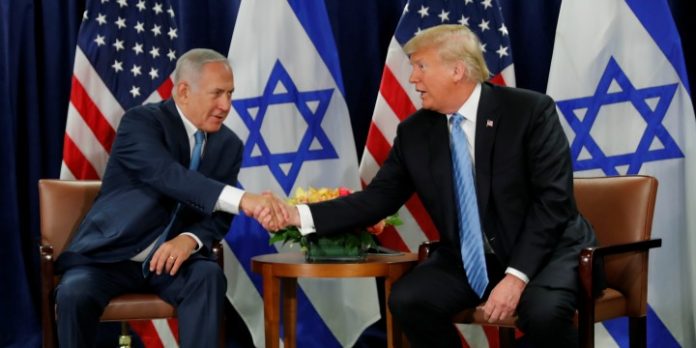 The Citizens Commission on National Security (CCNS) held its first major event, a symposium titled “The U.S.-Israeli Alliance and Its National Security Implications,” featuring Alan Dershowitz and an all-star line-up of experts from the worlds of military, law, politics, intelligence, Congress, diplomacy and think tanks. It was held in a TV studio in downtown Washington DC, and aired live in its entirety on JBS-TV, the Jewish Broadcasting Service. The symposium consisted of three panels, and an interview with Dershowitz.

Moderated by Roger Aronoff
Rand Fishbein: The Role of Congress and US-Israel Military Coordination/Cooperation
Lt. Gen. Thomas McInerney (USAF Ret): The Military Role that the IDF and US Can Play to Create Stability in the Region
Yoram Ettinger: The Mutually-Beneficial Two-Way-Street of US-Israel Relations

Moderated by Rabbi Mark Golub
Steve Frank: Is the Anticipated U.S. Peace Proposal Good for Israel or the U.S.?
Yoram Ettinger: Would a Palestinian state advance or undermine US national security?
Cliff May: Why No Peace Plan Can Bring Peace Now

Dershowitz addresses the national security implications of the alliance between Israel and the U.S.

The Growing Threat to Israel and the Region

Morris Amitay began his Washington career in the Executive Office of the President (now OMB) during the first year of the Kennedy Administration following his graduation from the Harvard Law School and before receiving his Masters in Public Administration from Harvard. After his appointment as a Foreign Service Officer in the U.S. Department of State, he served as a Vice Consul in Italy, and as Political Officer at the U.S. Embassy in South Africa, with his specialization at State being Political-Military. Amitay left the State Department after seven years to work as a Legislative Director in the House of Representatives, then in the U.S. Senate as Legislative Director for Senator Abe Ribicoff of Connecticut.

At the end of 1974, Amitay left Capitol Hill to become Executive Director of the American Israel Public Affairs Committee (AIPAC). During his tenure, the New York Times described the organization as “the most powerful, best-run, and effective foreign policy interest group in Washington”. In 1981, Amitay left AIPAC and established a law/lobbying firm located on Capitol Hill, specializing in national security issues. Amitay served as Vice Chairman of the Jewish Institute for National Security Affairs, and currently sits on its Advisory Board. He is the founder and treasurer of the Washington Political Action Committee, a single issue pro-Israel PAC, which has contributed over four million dollars to Congressional candidates on a non-partisan basis the past three decades.

Roger Aronoff is Executive Director and Editor of the Citizens Commission on National Security (CCNS). He has worked as a journalist, including for the Jewish Herald-Voice for many years. Aronoff was a founder of the Citizens Commission on Benghazi. He has produced and directed six documentaries including one that aired on many PBS stations called Fighting Words: A Tale of How Liberals Created Neo-Conservatism, which won the top prize at WorldFest in the category of Political / International Issues. In 2009 he produced a weekly public affairs show on PBS called “Think Tank with Ben Wattenberg.”

The Ettinger Report is a politically-incorrect, fact-based weekly column – challenging conventional wisdom – produced by Ambassador (ret.) Yoram Ettinger, on US-Israel relations, Middle East affairs, the Palestinian issue, Jewish-Arab demographics, and the threat of Iran’s Ayatollahs, among other topics. Yoram has accumulated over 40 year-experience as a researcher, diplomat, writer, lecturer and consultant to Israeli and US legislators and their staffers. He is the President of “America-Israel Opportunities, Ltd,” a consultancy on US Mideast policy, US-Israel relations and inter-Arab affairs. He is co-founder of the America-Israel Demographic Research Group, refuting the myth of an “Arab demographic time bomb.”

Yoram served as Minister for Congressional Affairs – with the rank of Ambassador – at Israel’s Embassy in Washington, DC. (1989-1992); Director of Israel’s Government Press Office, coordinating relations with overseas journalists (1988-1989); Israel’s Consul General to the Southwestern USA, based in Houston, Texas (1985-1988).

Rand H. Fishbein, Ph.D. is the President of Fishbein Associates, Inc., a public policy consulting firm based in Potomac, Maryland and specializing in National Security issues. He is a former Special Assistant for Security Affairs to the late Senator Daniel K. Inouye. Dr. Fishbein served as Professional Staff Member (Majority) of both the U.S. Senate Defense Appropriations and Foreign Operations Appropriations subcommittees. He was one of two Foreign Policy/Intelligence Analysts on the U.S. Senate Iran-Contra Investigating Committee. Dr. Fishbein holds a Ph.D. in International Relations/Middle East Studies from The Johns Hopkins University School of Advanced International Studies (SAIS). He is an authority on the U.S.-Israel strategic relationship having played a key role in the conception and development of a number of bilateral programs to strengthen joint counter-terrorist capabilities, training, force protection, military modernization and readiness.

Steve Frank is an attorney, retired after a thirty-year career as an appellate lawyer with the United States Department of Justice in Washington, D.C. At the Department of Justice, Mr. Frank represented the United States in a wide-variety of civil cases, including the defense of statutes and regulations challenged as unconstitutional or otherwise unlawful, government officials sued in their individual capacity, and Freedom of Information Act cases. He is currently a member of the Board of Directors of the Lawfare Project, which fights anti-Semitism throughout the world. Frank provides counsel to Shurat Hadin (the Israel Law Center) and Stand with Us, among other Jewish and Israel oriented organizations. Mr. Frank travels frequently to Israel and Judea and Samaria and serves as the Shomron Regional Council’s U.S. representative. Mr. Frank’s writings on Israel, the law and architecture have appeared in numerous publications including the Washington Post, the Chicago Tribune, the Jerusalem Post, the Times of Israel, and Moment Magazine.

Clare M. Lopez is the Vice President for Research and Analysis at the Center for Security Policy. She has served as a member of the Citizens Commission on Benghazi, and as Vice President of the Intelligence Summit. Lopez formerly was a professor at the Centre for Counterintelligence and Security Studies, Executive Director of the Iran Policy Committee from 2005-2006, and has served as a consultant, intelligence analyst, and researcher for a variety of defense firms. She was named a Lincoln Fellow at the Claremont Institute in 2011.

Ms. Lopez is a regular contributor to print and broadcast media on subjects related to Iran, Islam and the Middle East. She is the author, co-author and editor of more than a dozen published books, including two on Iran. and the co-author of two published books on Iran and the Center’s Team B II study, “Shariah: The Threat to America.” Ms. Lopez completed Marine Corps Officer Candidate School (OCS) in Quantico, Virginia before declining a military commission to join the CIA.

Clifford D. May is the founder and president of the Foundation for Defense of Democracies (FDD), a nonpartisan policy institute focusing on national security created immediately following the 9/11/01 attacks on the United States. Cliff has had a long and distinguished career in international relations, journalism, communications, and politics. A veteran news reporter, foreign correspondent and editor (at The New York Times and other publications), he has covered stories from all over the world, including China, Russia and Israel.

From 2016 to 2018, Cliff served as a commissioner on the United States Commission on International Religious Freedom (USCIRF). In 2008, he was nominated by President George W. Bush to serve on the Broadcasting Board of Governors, and is now the weekly “Foreign Desk” columnist of The Washington Times. He is the co-editor of a book on the conflict in Afghanistan and Pakistan, as well as one on energy policy. Cliff is a member of the Washington Institute of Foreign Affairs.

Lt Gen Thomas McInerney was the former Assistant Vice Chief of the USAF and Director of the Defense Performance Review reporting directly to SEC DEF and the Vice President when he retired after 35 years active duty in 1994. He had 4 tours in Vietnam starting in 1963, 67, 68, & 69 initially as a FAC and then introducing the new F4Ds and the F4Es into Combat. He was the Air Attache’ to the UK and then Vice Commander of a F111 Wing in the UK followed by Wing Commander at Clark Field, then Commander of the 313th AD on Okinawa followed by DCS/Ops Intel at PACAF HQ and then Commander of Third AF in the UK, then Vice CINC USAFE in Germany followed by Commander Alaskan Air Command, Alaska NORAD REGION and Alaskan Command. In retirement he was a founding member of the Citizens Commission on Benghazi, President of BENS, a former Fox News Military Analyst for 17 years, and is Chairman of YottaStor LLC