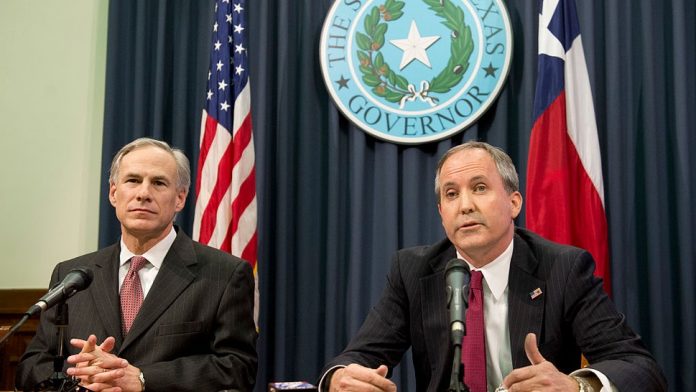 The office of Texas Attorney General Ken Paxton told three of the state’s largest cities to ease up on strict coronavirus regulations or risk defending their rules in court.

“Unlike the governor’s order, which protects the robust constitutional and statutory rights protecting Texans’ free exercise of religion, your local orders unlawfully trample religious freedom and expose the county and the city to legal liability,” Vassar said in the San Antonio letter.

“Insofar as your local orders conflict with Executive Order GA-21 by restricting essential or reopened [businesses], they are invalid and unenforceable,” Vassar continued.

The deputy attorney general also pointed out where each city conflicted with the governor’s directive on the use of masks, shelter-in-place orders, criminal penalties for emergency order violations, and other more onerous regulations.

Jenkins pushed back against Vassar’s letter, claiming that Dallas County coronavirus regulations were crafted to adhere to the governor’s order, suggesting he is being hypocritical in “not want[ing] his own guidelines followed.”

Nirenberg and Wolff responded to the state AG’s letter during a Tuesday press briefing, according to KSAT.

“It’s frustrating that a letter from the (attorney general), which is a political letter from a politician, is reported as fact,” Nirenberg said. Wolff followed up expressing confusion at the letter saying it sends “a lot of mixed signals.”

Abbott has taken a tiered approach to reopening the state. The state has already lifted restrictions for two of the three waves of reopening, the last come as early as May 18. Almost all businesses will remain limited in operation or capacity, however.

In the first wave, restaurants, movie theaters, museums, and churches were allowed to open with limited capacity, followed by businesses such as barber shops and tanning salons in the second wave. Office buildings and manufacturers that were deemed non-essential and gyms will be allowed to open as early as May 18, barring a flare-up in cases of the coronavirus that could extend the partial shutdown or cause some rules to be put back in place.

The Daily Wire, headed by bestselling author and popular podcast host Ben Shapiro, is a leading provider of conservative news, cutting through the mainstream media’s rhetoric to provide readers the most important, relevant, and engaging stories of the day. Get inside access to The Daily Wire by becoming a member.