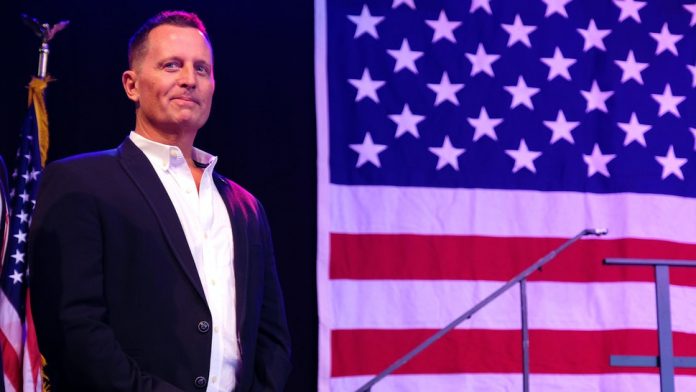 Acting Director of National Intelligence Richard Grenell has declassified the list of former Obama administration officials who were allegedly involved in the “unmasking” of then-incoming national security adviser Michael Flynn.

ABC News first reported the news but initially said in the title that Grenell was in the process of trying to declassify the list of Obama officials.

A source with knowledge of the matter told The Daily Wire that the list has already been declassified and now it’s on Attorney General William Barr to release the list.

ABC News appeared to later update their report, which stated:

Grenell, who remains the U.S. ambassador to Germany along with being the acting DNI, visited the Justice Department last week and brought the list with him, according to the official.

His visit indicates his focus on an issue previously highlighted in 2017 by skeptics of the investigation into the Trump campaign’s contacts with Russia, specifically allegations that former officials improperly unveiled Flynn’s identity from intercepts of his call with former Russian ambassador Sergey Kislyak.

Grenell’s visit came the same week that Attorney General William Barr moved to dismiss the criminal case against Flynn following his guilty plea for lying to the FBI about his conversations with Kislyak.

Fox News reported in 2017 that the disclosing of Flynn’s identity could be “a felony punishable by up to 10 years in prison” because “rules state that if an American with Constitutional protections is collaterally caught in such surveillance, his or her identity must be protected.”

In an interview last week, Barr said that the charges against Flynn were dropped because the FBI, which was under the leadership of then-Director James Comey, were not conducting a legitimate law enforcement investigation.

“A crime cannot be established here because there was not, in our view, a legitimate investigation going on,” Barr said. “They did not have a basis for a counterintelligence investigation against Flynn at that stage, based on a perfectly legitimate and appropriate call he made as a member of the transition.”

When asked if the Obama administration set a trap for Flynn, Barr responded, “Yes. Essentially. They had started a counterintelligence investigation during the summer, as you know, related to the campaign. But in December, the team, the Crossfire Hurricane team, was closing that and determined they had found nothing to justify continuing with that investigation against Flynn.”

“On the very day they prepared the final papers, the seventh floor, that is the director’s office and the deputy director’s office up there, sent down word they should keep that open,” Barr continued. “So that they could try to go and question Flynn about this call he had with the Russian ambassador.”

“This is one particular episode, but we view it as part of a number of related acts. And we’re looking at the whole pattern of conduct,” Barr added. “I think a very important evidence here was that this was not a bona fide counterintelligence investigation – was that they were closing the investigation in December. They started that process. And on January 4th, they were closing it.”

Former President Barack Obama responded to the decision by Barr by saying that he was “worried” that Flynn had been cleared from the illegitimate investigation because the “rule of law is at risk.”

The Daily Wire, headed by bestselling author and popular podcast host Ben Shapiro, is a leading provider of conservative news, cutting through the mainstream media’s rhetoric to provide readers the most important, relevant, and engaging stories of the day. Get inside access to The Daily Wire by becoming a member.