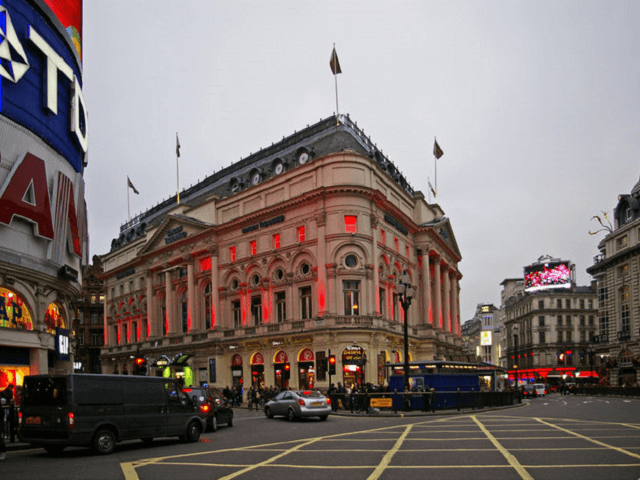 A bid to build a 1,000 capacity “mega-mosque” in one of London’s most iconic buildings has been met with a rash of last-minute objections from locals, with concerns citing its close proximity to the city’s world-famous historic gay quarter.

The plans submitted to the City of Westminster Council surround the Trocadero building [pictured, above] on Picadilly Circus in London’s cultural hub in the West End. Under the new design, the basements and part of the ground floor would be converted into a 1,000 capacity mosque.

The property is owned by Malawian-born, London-based developer Asif Aziz, and the conversion of part of the iconic building is being shepherded by his registered charity the Aziz Foundation. Among the trustees of the charity are Mr Aziz himself, and Talat Malik — a trustee of the Wimbledon mosque.

Stating that nurturing “disadvantaged communities who often lack representation and voice in mainstream society” is part of the mission of the foundation, the planning documents submitted to the council names Sheikh Sulayman Van Ael as the intended imam for the mosque. Sheikh Van Ael is a self-described Dutch Muslim convert who was born into an atheist family but found his faith in his teens.

While the application was lodged with the council in February, the council has seen a late surge of opposing statements to the plan from Londoners expressing apparently serious concerns. One of those is author and former Westminster City councillor JP Floru, who told Breitbart London the scale of the development and its proximity to the Soho district were worrying.

Soho, historically a centre of London’s gay and alternative culture and whose bars, cafes, and nightclubs lie just yards from the Trocadero building, has been cited in a number of responses to the planning application.

Mr Floru said: “This is not a small scale mosque catering for local demand. There are fewer than five per cent of Muslims living in this area, who use small local mosques. Setting up a 1,000 capacity flagship mosque right next to the long-standing gay district of Soho will damage local cohesion.

“The area is already heavily overcrowded — imagine adding another 1,000 after Friday prayers — road traffic will have to be stopped. Let’s keep central London for entertainment use, and place new large places of worship where there is local demand for it.”

Adding a remark on the apparent attitude of the council to the application, Floru added: “Perhaps it’s a sign of the times that local councillors have kept quiet about this application, and this controversial proposal for a mega-mosque on Piccadilly does not seem to have been in the media at all.”

The application, for its part, refutes the claim that the mosque is not needed, claiming other nearby mosques are already full to the point of turning away worshippers. Further, it claims as many as one-fifth of residents of Westminster are of the Muslim faith, and the document anticipates this figure will be found to be higher at the time of the coming 2021 census.

Reflecting the expressed concerns of the impact the mosque would have on the local environment, and the surge in traffic it could attract, Breitbart London reached out to the City of Westminster councillor with responsibility for these policy areas. No response had been received at the time of publication.