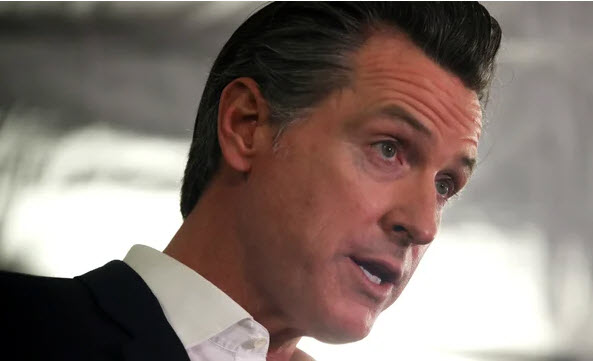 The Department of Justice (DOJ) warned California Gov. Gavin Newsom (D) in a Tuesday letter that his reopening plan for the state discriminates against churches.

Eric S. Dreiband, the head of the Justice Department’s Civil Rights Division, said in the letter that the governor should permit in-person worship gatherings in the second phase of his four-part reopening, The Associated Press and The Los Angeles Times reported.

But Dreiband said the governor shows an “unequal treatment of faith communities” in the plan by preventing them from gathering in person, while other secular businesses like restaurants are permitted to reopen earlier, with social-distancing guidelines.

The Justice Department official concluded this placed an “unfair burden” on places of worship.

“Simply put, there is no pandemic exception to the U.S. Constitution and its Bill of Rights,” said the letter, obtained by the news outlets.

The letter refers to remarks that Attorney General William Barr made in April that the government cannot apply “specific restrictions” on religious activity and not on secular activity. It does not threaten immediate legal action but comes as a warning to the governor, the Times reported.

Newsom’s office did not immediately return a request for comment.

The governor has begun loosening restrictions made under his March stay-at-home order, saying churches could hold in-person gatherings in the coming weeks.

A handful of churches have rebelled against the initial order and continued to hold services, while some have taken to the courts, with little success so far.