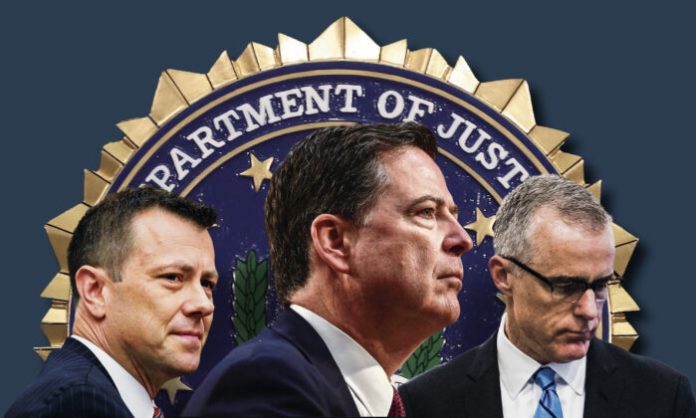 In pursuit of surveillance of a Trump campaign adviser, the FBI consistently ignored exculpatory evidence.

In its pursuit of establishing surveillance on the Trump campaign, the FBI turned its attention to Trump campaign adviser Carter Page in the spring of 2016, culminating in the issuance of a FISA warrant—which allows for some of the most intrusive spying methods on an American citizen.

As part of this process, the FBI relied extensively on the flawed Steele dossier, leading an FBI legal counsel to note that this was “essentially a single source FISA.” 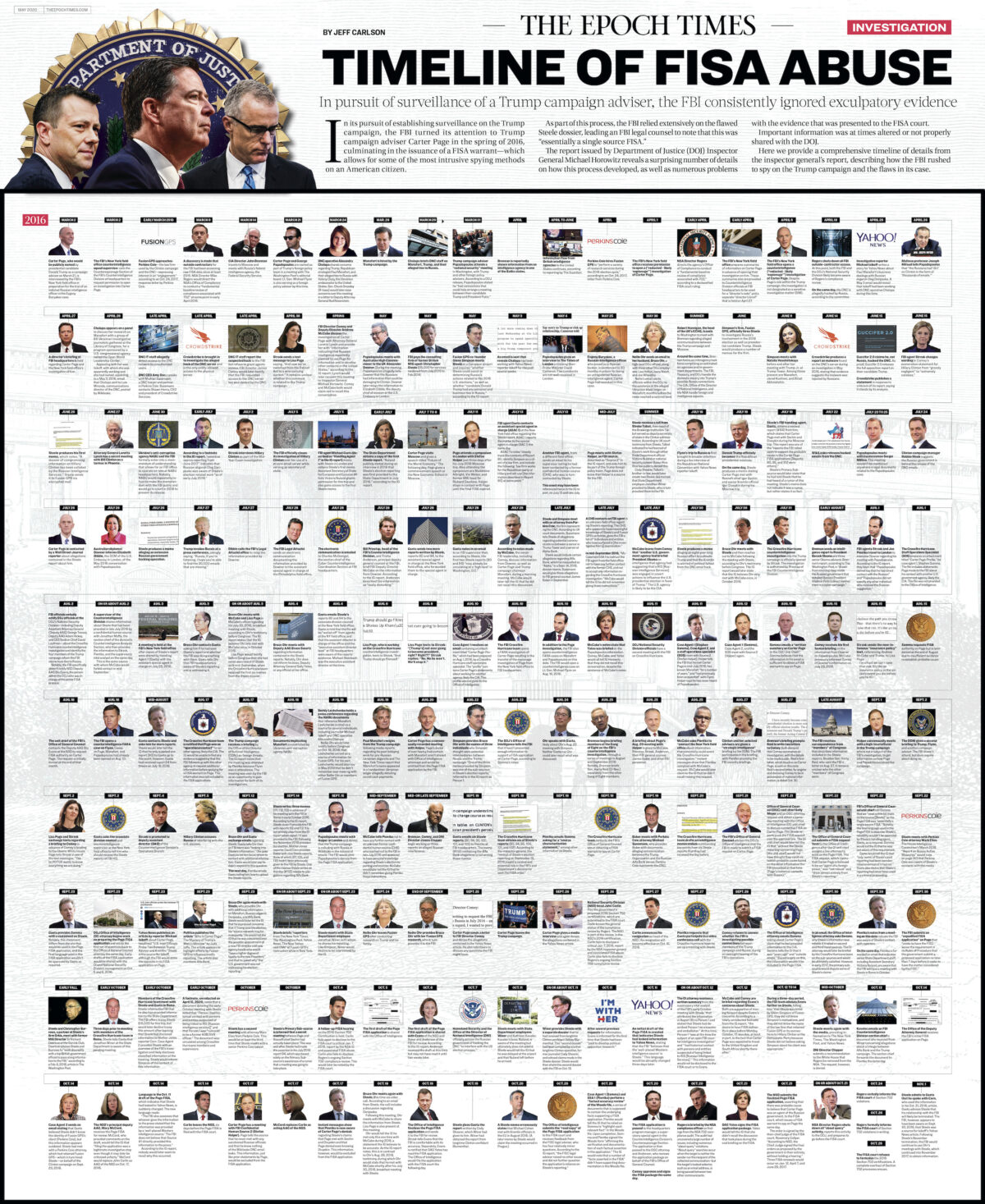 A report issued by Department of Justice (DOJ) Inspector General Michael Horowitz reveals a surprising number of details on how this process developed, as well as numerous problems with the evidence that was presented to the FISA court.

Important information was at times altered or not properly shared with the DOJ.

Here we provide a comprehensive timeline of details from the inspector general’s report, describing how the FBI rushed to spy on the Trump campaign and the flaws in its case.