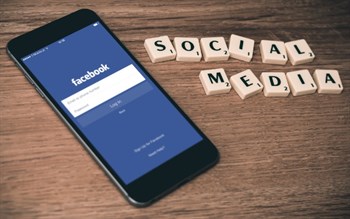 Facebook’s blatant tendency toward censoring conservative voices may have been heightened by the recent appointment of a Muslim Brotherhood-linked propagandist to its “Oversight Board.”

As reported by OneNewsNow on Wednesday, the Silicon Valley-based social media company recently put together a panel to police content on its platform and weed out content they don’t think users need to see. The Oversight Board will make “final and binding decisions” on content – and it’s stacked with liberals, a spokesman for Free Speech Alliance told OneNewsNow.

Among those already appointed to the Facebook Oversight Board is Tawakkol Karman – a Muslim Brotherhood operative whose selection was hailed as “a great choice” by the radical Council on American-Islamic Relations (CAIR). In contrast, Nervana Mahmoud – a commentator for an Arabic-language TV channel – tweeted last week regarding Karman’s appointment: “In another word, [Facebook founder] Mark Zuckerberg has enabled regressive Islamism to dominate our social media.” 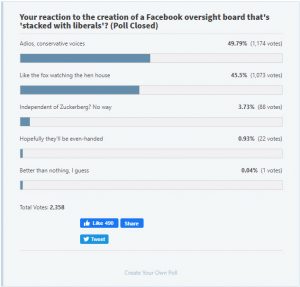 OneNewsNow spoke to Kyle Shideler, director and senior analyst for homeland security and counterterrorism at the Center for Security Policy, about Facebook’s choice of Karman. He points out she has been very successful in “propagandizing the Islamist line” in Yemen, Egypt, and elsewhere – a line he describes as “a very pro-Muslim Brotherhood line.”

While Facebook vows it is committed to responding to disinformation and the like, Shideler contends this will be dampened by the fact Karman is a member of a board of oversight that cannot be checked by Facebook. In fact, he points out, “[the board] is going to be superior and above Facebook in terms of making its decisions about what can and can’t be posted [to the platform].”

He argues that “having someone like Karman on their board suggests that Facebook is going to continue in the direction that it was already going, [which] routinely permits all manner of Islamist material, virulent antisemitism, and violent and revolutionary statements.”

For example, he notes the support for Hamas in Gaza and the incitement of the Muslim Brotherhood against Egyptian authorities are deemed acceptable to the social media giant. In contrast, Shideler says, “we will see Facebook censor and mark as disinformation those posts by people who are trying to bring attention to these sorts of behavior – [and while] it’s very unfortunate, it’s not entirely surprising.”

Even though Facebook is a global platform, he contends most Americans are blind to some of the malevolent incidents happening around the world. “[It is a known] fact that the Muslim Brotherhood utilized Facebook forums and posts to galvanize violent reactions to the Egyptian authorities,” he cites as an example.

Molotov cocktails were thrown at buildings, people were assaulted, and attempts to assassinate officials were encouraged. “All of these things were done on the Facebook platform with little or no effort by Facebook to prevent any of it,” he adds.

Shideler admits he’s concerned Facebook will continue to embrace these types of incidents. “It shows a bias by Facebook against nation state governments that have concerns about terrorism and extremism – which is ironic,” he observes.

The U.S. government and other governments around the world have repeatedly asked social media companies like Facebook to help reign in the extremism that takes place on their platforms. At the high point of the Islamic State, Shideler says Facebook and the other social media groups agreed to that.

“[However], what one found again and again was that jihadist material would remain up [on the social media site] – and that relatively innocuous, conservative political thought from groups like Prager University, for example, would end up being taken down.”

According to Shideler, this shows a bias in Facebook – and indicates “they are now cementing their fundamental biases” with the appointment of Karman to its oversight board.

While Karman is a Nobel Peace Prize recipient, Shideler says “it’s [also] worth noting that nobody’s drawing attention to her relationship with the Yemeni al-Islah party, which is a Muslim Brotherhood-linked party.” He acknowledges the split between al-Islah and the Muslim Brotherhood around 2017, but stresses the importance of their history.

“[Al-Islah] was an organization that the U.S. government said was a terrorist supporting entity,” he adds, pointing out that one of the organization’s cofounders was “a high-level Muslim Brotherhood thinker who played a very influential role on Osama bin Laden.”

The counterterrorism expert concludes: “When people read about Karman and the decision of Facebook to appoint her [to this board], none of the mainstream media outlets are discussing what is simply basic history about this organization and the people who were members of it – and this is a major disservice [to those who will be affected by the appointment].”

“History is important – and these things should be included in reporting.”