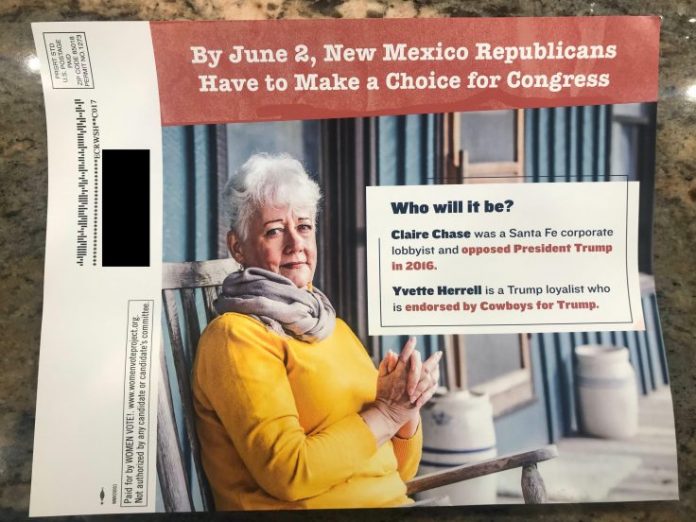 Liberal super PACs are pouring more than $200,000 into a contested Republican primary in New Mexico in an attempt to help the candidate they view as less electable clinch the GOP nomination. 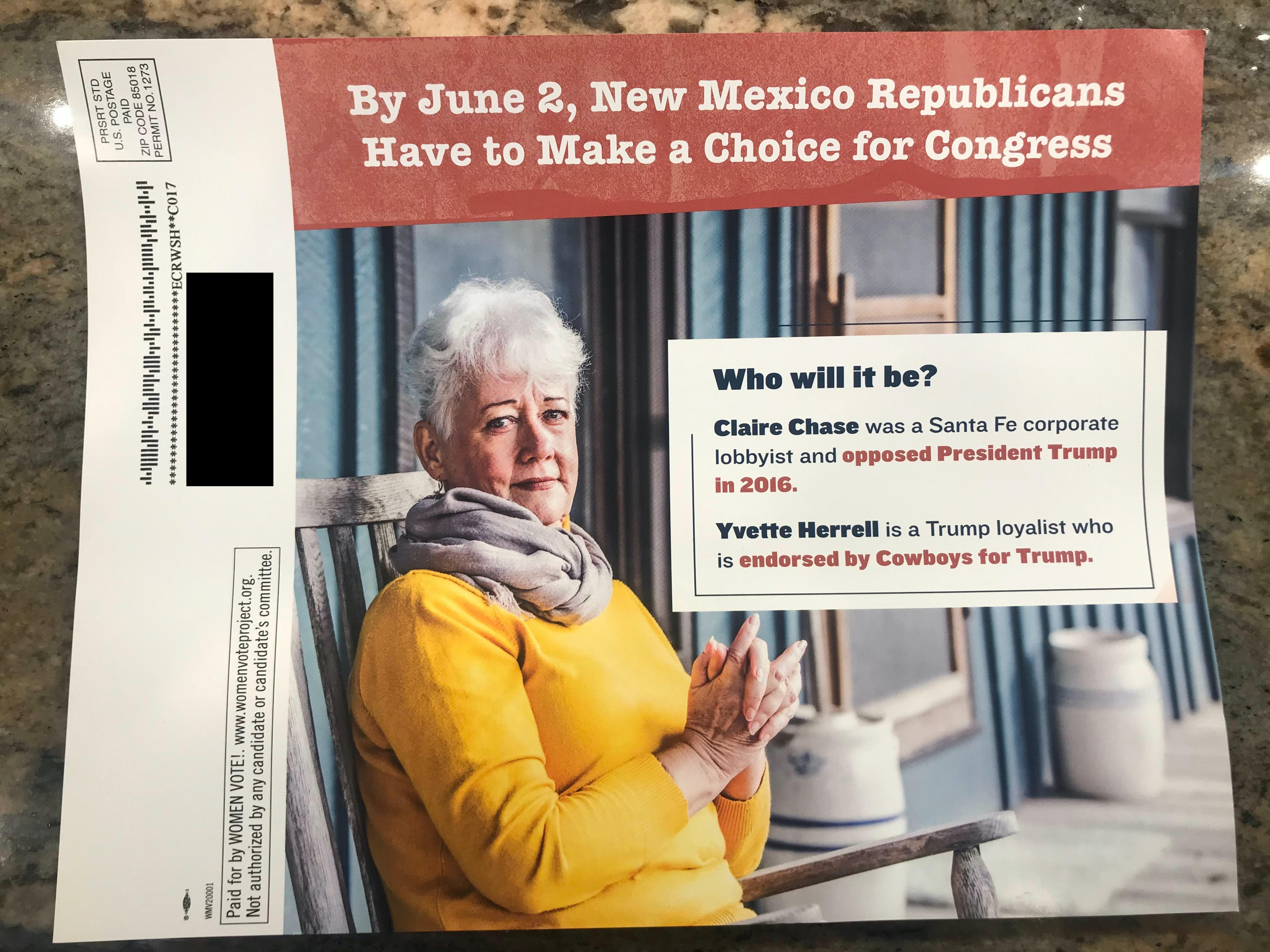 The mailers come alongside a $192,928 ad buy by Patriot Majority PAC, another liberal super PAC that is flooding the airwaves with an attack ad against Chase that will run through the June 2 primary, according to an ad buy report reviewed by the Free Beacon. The ad follows the same playbook as the mailers, portraying Herrell as the candidate loyal to Trump and Chase as a lobbyist.

The effort by liberal groups comes in a district that Trump carried by double digits in 2016. The race is widely viewed as one of the best pickup opportunities for Republicans. Democrat Xochitl Torres Small won the seat in 2018, narrowly defeating Herrell, who became the first Republican to lose there since 2008.

The Chase campaign says liberal groups are attempting to boost Herrell because the Democratic establishment believes it can beat her again.

“These Nancy Pelosi allies clearly view Yvette Herrell as weak and unelectable,” said Chase’s campaign manager Mike Berg. “They’re trying to drag her across the finish line so they can beat her again.”

“Pelosi and her allies are supporting Herrell because she is the Todd Akin of New Mexico,” Berg continued. “Unelectable, plain and simple.”

Women Vote! spent more than $28 million last cycle in support of Democratic candidates such as Torres Small, who is officially endorsed by Emily’s List. The group spent $128,500 on independent expenditures for Torres Small and $396,524 attacking Herrell, according to data from the Center for Responsive Politics.

Herrell’s campaign did not respond to a request for comment. She told the Associated Press that “liberal super PACs have no business getting involved in this primary” and called for the ads to “stop immediately.”

Patriot Majority PAC denied that its ad highlighting Herrell’s loyalty to Trump was an attempt to boost Herrell in the primary.

“Our goal is to define two unqualified candidates in preparation for the general election, regardless of who wins the primary, and that’s what our ad does,” said Craig Varoga, a longtime Democratic operative who founded Patriot Majority in 2005.

The primary between Herrell and Chase has emerged as one of the most competitive in the country and grown increasingly hostile as the June 2 primary approaches. Earlier this month, the Free Beacon obtained text messages and call logs showing Herrell collaborating with a controversial conservative meme-maker to push a claim that Chase had an affair while her husband was deployed. Chase called on Herrell, who despite the text messages has denied having any involvement in the mudslinging, to drop out of the race. Chase’s campaign has strongly denied the affair allegation and provided documentation to back up the denial.

Voting began in the primary on May 6 and will conclude next Tuesday.