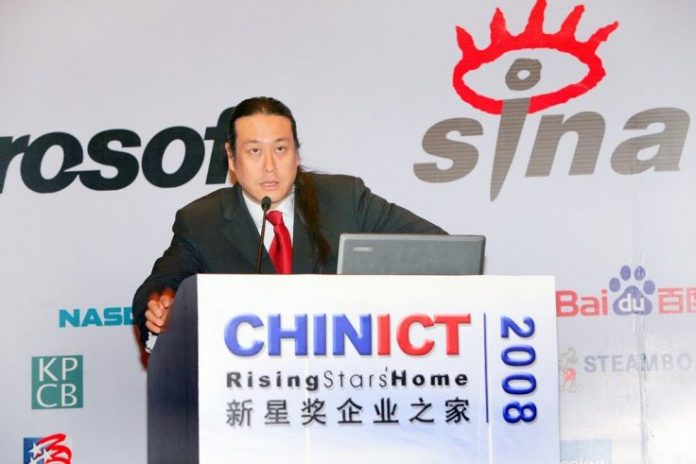 A defender of internet censorship with ties to one of China’s largest tech companies moderated a panel Thursday at a new think tank funded by Charles Koch and George Soros.

Kaiser Kuo, the former director of international communications for the Chinese search giant Baidu, led a panel discussion hosted by the Quincy Institute for Responsible Statecraft on “Anti-Asian Racism and its Implications for Civil Liberties and National Security.”

Kuo has argued that the Chinese Communist Party’s rigorous domestic censorship of unflattering facts and information about the regime has, at times, saved lives and that some cultures, including present-day China, are not ready for what is widely recognized as a core human right: the freedom of association.

“I would love to say that Chinese society has reached the point where we should have the right to free assembly,” Kuo told iTnews, an Australian digital outlet, in 2010. “But in reality, today assembly in China can have violent consequences. … Perhaps, and I hate to say this, some cultures aren’t ready for free assembly.”

The event coincides with signals from Chinese leadership on Thursday that the country is moving to strip Hong Kong citizens of their right to free assembly enshrined by the former British colony’s Basic Law.

Participants argued that racism against Asian Americans, spurred in part by President Donald Trump’s leadership during the pandemic, is harmful to U.S. national security. Lee referred to the “potential origin” of the virus in China and argued that the U.S. government has been “exaggerating the threat from China with inflammatory language.”

The Quincy Institute has sought to position itself as a leading voice for accommodating China’s rise and has launched repeated broadsides at critics of Chinese president Xi Jinping who are pushing the United States to take a harder line on issues ranging from Chinese trade policy to the country’s military expansion in the South China Sea. Writers for its blog, Responsible Statecraft, have also equated Chinese malfeasance with that of the United States, arguing that maintaining sanctions against adversaries during the coronavirus pandemic is a “defiance” of liberal-democratic norms.

Kuo, who left Baidu in 2016 and now hosts a podcast, has at times minimized the gross human rights abuses perpetrated by the Chinese government. “It turns out you don’t need to know the truth of what happened in Tiananmen Square to develop a great smartphone app,” he told Time magazine in 2018. It is unclear if Kuo maintains a financial interest in the company.

As its spokesman, he downplayed the well-documented meddling of Chinese authorities in all private enterprise, arguing that the tech company operated “fully at arms length from the Chinese government,” a claim that Derek Scissors, an expert on the Chinese economy at the American Enterprise Institute, called “wildly untrue.”

“There is no rule of law in China. If the CCP demands cooperation in, say, turning over personal data, no firm has recourse to the courts or an independent press,” Scissors told the Washington Free Beacon. “‘As any typical Western company would’ is standard CCP propaganda attempting to dismiss the role of independent institutions.”

The Quincy Institute did not respond to a request for comment.

The think tank was founded in late 2019 to promote a more restrained American foreign policy reliant on diplomacy rather than military might, and many of its scholars have cautioned against retaliating over China’s role in burying evidence and silencing whistleblowers with knowledge of the coronavirus’s origins.

Quincy Institute Asia expert Rachel Esplin Odell has argued, for example, that Republican proposals to sanction Chinese officials for their distortion of information about the coronavirus would cost “untold lives” and further dampen the economy.

Writers for the organization’s blog have pushed the United States to “accommodate China” by “stifling public hostility, ceding Beijing a sphere of influence, dramatically increasing diplomacy, and relegating pushback to bureaucratic channels and the international community.”

Participants in Thursday’s panel discussion cautioned against blaming China for the spread of the coronavirus. Lee argued that the use of the term “China virus” undermines U.S. national security and, though allowed that some criticism of the Chinese Communist Party is warranted, she cautioned against placing blame for the spread of the virus “solely at the feet of China’s government.”

In his interview with iTnews, Kuo offered a defense of the broad censorship imposed by the Chinese Communist Party, arguing that, while he has “severe objections” to it, “there are times where lives are actually saved by internet censorship.”

He pointed to a 2009 internet blackout imposed by Chinese officials in Xinjiang province in the wake of violent clashes between the country’s oppressed Uyghur minority and the country’s native Han Chinese that, he argued, prevented the Han from further stoking violence.

“As heavy handed as their reasons were, the impetus for the bureaucracy to censor the internet was not unreasonable,” Kuo said.