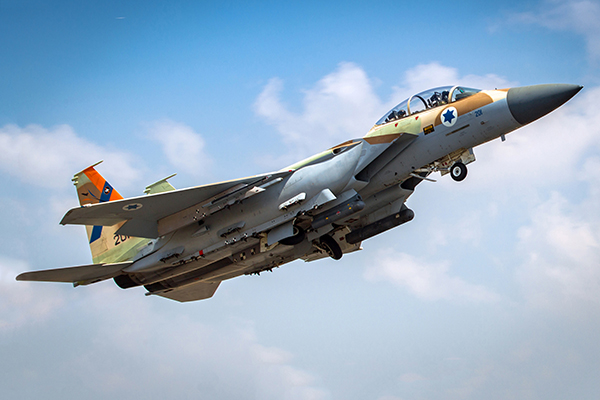 A former Israeli intelligence officer says Iran’s quest for a precision-guided missile arsenal poses not only a military threat to the Jewish nation, but also an economic threat – making preemptive airstrikes by Israeli forces necessary.

OneNewsNow spoke to Miri Eisin, a former Israel Defense Forces (IDF) intelligence officer, about the growing Iranian threat from Syria. Over the last decade, she says, Israel has watched “the systematic build-up” of Iranian forces and bases in Syria. The ongoing war in Syria has enabled the Iranian regime to establish a presence throughout Syria. Iran’s reach in Syria extends from the eastern area near Iraq all the way westward to areas near the Israeli border.

While Israel has reportedly attacked hundreds of targets over the previous decade, Eisin admits “[the country] has on very few occasions taken official, open responsibility [for the attacks].” To avoid being surprised by a strike from Iran, for example, the former intel officer argues Israel must remain “vigilant, active, and preemptive” by striking the growing number of threats in the region.

n recent months, satellite images have shown the construction of a tunnel capable of storing advanced weapons systems at the at the Iranian-linked Imam Ali military base in eastern Syria. Similar facilities, including this one, have been targeted by Israeli airstrikes in the past.

Eisen asserts this particular facility is not the only cause for alarm, as she names several other Iranian venues within Syria. First, she points out there are actual Iranian bases with Iranian personnel in the region. Second, these bases oversee different Shiite forces scattered throughout the country “under the umbrella of the Islamic Revolutionary Guard Corps.” And third, she says, “Hezbollah [continues] to receive all their weapons and training from the Iranians, whilst many have become a commando strike force for [Syria’s president] Bashar al-Assad in the areas under his control.”

One of the newest developments in the last 20 years includes the precision capabilities of weapons that Eisin explains “can do much harsher damage” than previous weapons have been capable of doing. Iranian forces, along with Hezbollah, aspire to expand a very large cache of weapons into a massive cache of more precise weapons, which is much more dangerous, she indicates. These entities have been focusing on “game-changing” precision capabilities for quite some time.

At the same time, notes Eisin, “the state of Israel has invested heavily in anti-missile interceptors.” While she admits such an investment is a strain on other parts of the economy, she views it as necessary as missiles become more and more precise. Currently, the majority of missiles intercepted are only those which may hit populated areas – and most of these missiles are inaccurate,she explains. However, the former IDF offices determines the advancement in precision-guided missiles could be “an immediate threat” to civilian populations – and the Israeli economy.

Preemptive strikes, she argues, are critical to maintaining peace and stability in the region. Having once served as the head of the combat intelligence corps for the IDF and assistant to the director of military intelligence, Eisin acknowledges Israel has thwarted “dozens, if not hundreds” of threats from Iranian and Hezbollah facilities throughout Syria and Lebanon.

But she maintains it’s rare for Israel to claim responsibility for those military operations because “[it is important to] keep these preemptive attacks under the radar to try to avoid an open, direct confrontation between Israel and Iran,” adding that “an indirect confrontation [between the two countries] has been going on for years.”

Originally published by One News Now on Wednesday, May 27, 2020.

This column is printed with permission. Opinions expressed in columns published by Lantern of Liberty are the sole responsibility of the article’s author(s), or of the person(s) or organization(s) quoted therein, and do not necessarily represent those of the staff or management of, or advertisers who support Lantern of Liberty.