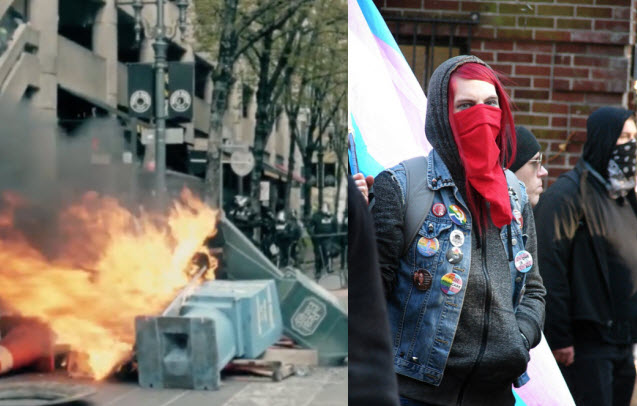 This is a Law Enforcement Today editorial written by several staff writers, including retired and wounded law enforcement officers.

SACRAMENTO, CA – The social media censorship in this country has gotten out of control.  And we’re of the belief that it’s going to take some extreme steps to fix it.

Let’s start with an arrest.

We need to preface it by highlighting how bad the censorship is.   This story involves us telling you about a Congressional candidate.  But we have to refer to her in code – because using her actual name might set off flags on social media that will get our accounts throttled.

We’ll help you figure out who she is.  Her first name is Laura and her last name rhymes with Woomer.

She recently took to social media to call for the CEO of Twitter, Jack Dorsey, to be arrested for aiding and abetting terrorists. This concerns allowing Antifa to utilize the platform in order to orchestrate the mass insurrection this past week.

Here’s another disclaimer.  If we don’t specifically point out that “Antifa isn’t an organization, but rather a loose affiliation of groups across the country”, the liberal media will attack us and try and shut us down.

Law Enforcement Today is joining the call for his arrest as well.

In the case of Laura, she was banned from Twitter in 2018 for a tweet where she called Minnesota Rep. Ilhan Omar “anti-Jewish and pro-Sharia.”
Laura has since moved to a new social media platform called Parler, where she posted her call for Dorsey’s arrest on Sunday.

“Jack Dorsey is aiding and abetting terrorist organizations by allowing for ANTIFA terrorists and Islamic terrorists to have access where they are promoting anarchy and lethal riots.

“In the middle of a national emergency, he is also censoring the commander in chief who is posting about the army and national guard responding to the riots.

“For this, Jack Dorsey should immediately have his home raided by the feds Roger Stone-style and be charged with incident acts of domestic terrorism in America.

“It’s time for Jack Dorsey to be prosecuted for aiding and abetting terrorists and committing TREASON. #LockHimUp”

Now listen.  We don’t agree with everything Laura has ever said.  But that’s the beauty of America.  You don’t have to.

But on this one… Law Enforcement Today is in full agreement with Laura.

While researching articles related to the riots that have been breaking out across the country, we noticed that there were many cases where people were using the platform in order to reposition people engaged in the riots, giving information on locations of police, and so on.

This was done on public posts where anyone could see them.

Yet, as Laura noted, the platform through it’s “Site Integrity” team flagged one of President Trump’s tweets as “glorifying violence,” when he was talking about deploying the National Guard to assist the police in Minnesota, where the mayor and governor had let the riots get out of control and police were being overrun.

Although the tweet was left visible to the public, users could not reply, like or retweet it.

Ironically, just the day before the president had signed an executive order which removes legal protections from social media companies who act more like publishers than platforms.

Twitter, by way of playing arbiter for what constitutes the “truth,” has made itself a publisher who clearly should not be allowed the protections of platforms that provide a vehicle for people to express opinions.

The section that protects social media platforms from being sued for libel of its contributors is found in Section 230 of the Communications Decency Act.

Law Enforcement Today reported last week that the head of the “Site Integrity Team” was in fact a longtime critic of President Trump, who had posted a number of anti-Trump tweets over the years. He is hardly an unbiased source. Yet here we are.

The president tweeted on Friday:

“I can’t stand back & watch this happen to a great American City, Minneapolis. A total lack of leadership. Either the very weak Radical Left Mayor, Jacob Frey, get his act together and bring the City under control, or I will send in the National Guard & get the job done right.”

“These THUGS are dishonoring the memory of George Floyd, and I won’t let that happen. Just spoke to Governor Tim Walz and told him that the Military is with hi all the way. Any difficulty and we will assume control, but when the looting starts, the shooting starts. Thank you!”

This was the tweet that was tagged by Twitter, and which said that it violated the “Twitter Rules about glorifying violence.” There was an addendum to the tag that read, “However Twitter has determined that it may be in the public’s interest for the Tweet to remain accessible.”

Ms. Loomer had famously called out Dorsey in 2018 at a Congressional hearing about social media before the House Energy and Commerce Committee. Loomer accused Dorsey of lying about the bias of the platform when he stated there was no effort to censor or ban conservative voices from Twitter.

In fact, while some people go on Twitter and actually encourage violence, such as Kathy Griffin, she maintains her Twitter page, while conservatives such as James Woods have had their accounts suspended for much less grievous posts.

In fact, some of our writers have had their Twitter accounts either suspended or deleted by Twitter for innocuous reasons, in one case for using the hashtag #skank when referring to far-left loon Alyssa Milano.

Note the hashtag on this tweet, which is still on the platform. But no violence, right @Jack?

Yet, this past weekend, Twitter was allowing subversive groups to use their platform to not only encourage, but to facilitate violence and insurrection against our country.

In 2018, Laura had called attention to this very issue when she conducted a protest at Twitter’s headquarters in New York City.

There is a group called Democratic Socialists of America which is on Twitter.

What do all of these have in common? They are all arguably anti-Semites and ISIS supporters (if not in words, in actions).

And they are in leadership roles in our government.

“If you must post photos from the protest today, please blur out the faces of your comrades and neighbors to help keep them anonymous.”

These have since been deleted, so here is a screenshot:

“People watching WHO tonight heard an audible request that was not meant to be on air about the FBI requesting to use their footage.

Everyone PLEASE move your conversations to Signal, leave your phone at home for protests, keep your face fully covered, and cover tattoos. Fuck feds.”

Yet another from Antifa Sacramento:

“RIP to #George Floyd. Solidarity to his friends and family. Solidarity to all the fierce protesters in the streets of Minneapolis tonight fighting back against the police. Attack white supremacy. Attack the police.”

Tom Fitton of Judicial Watch tweeted a video of far-left New York Congresswoman Alexandria Ocasio-Cortez where she listed off a string of demands, and in which she aligned herself with Antifa. The video was viewed over 2.5 million times since being posted last Saturday.

Twitter isn’t the only platform with issues promoting violence.

Ocasio-Cortez used Instagram to encourage protesters attending various events to “wear heat resistant gloves” and generic, solid colors of clothing that would cover identifying tattoos by way of a graphic, which was labeled “Protesting Safely.”

It also said to wrap up any long hair and reminded people not to bring anything “you don’t want to be arrested with” while showing an image of a knife and drugs.

Ilhan Omar’s daughter used Twitter to obtain supplies for rioters, alerted road closures and arranged for rides to be given to and from protest sites.

She also included links to donate to “comrades” on the Twin Cities DSA PayPal account. Her account was apparently disabled afterward but here are the links she cited:

Ellison, an avowed supporter of Antifa has announced that he is taking over the prosecution of the police officer(s) in the George Floyd case. Apparently, any notion of a fair trial for those involved is a fantasy at this point.

A picture of Ellison proudly holding a book that titled “Antifa: The Anti-Fascist Handbook” was tweeted by Ellison, with the post reading: “At @MoonPalaceBooks and I just found the book that strikes fear in the heart of @realDonaldTrump.”

Oh, and Ellison’s son Jeremiah is an avowed supporter of Antifa:

This past weekend, President Trump finally designated Antifa as a terrorist organization, and as such the full force of the United States Justice Department would be used to weed out and prosecute people who were fomenting violence.

Meanwhile, a lot of the affiliated Twitter accounts have either had Tweets removed by the group, locked and/or shut down accounts, and changed names and handles on the accounts.

In the meantime, it is clear that Twitter’s CEO Jack Dorsey has engaged in the promotion of violence across the United States, including attacks on police officers and other officials, as well as innocent citizens, many of whom were trying to protect their homes or businesses.

Twitter was utilized to foment destruction of billions of dollars-worth of property across the country, which will likely severely hamper recovery efforts after a nearly three-month shutdown due to the coronavirus.

As the CEO of Twitter, Dorsey engaged in using subjective means to censor those with whom he disagrees while tacitly endorsing the violent protests that have besieged our country by allowing his media company to be used for the promotion of anarchy.

And he deserves to pay for that.

Law Enforcement Today supports Laura’s demand that Dorsey be arrested and prosecuted for promoting an insurrection against the United States.

We just think you should also throw in a few of these politicians.