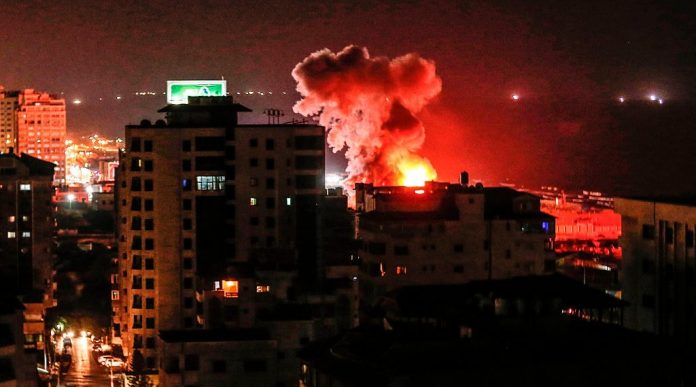 Israeli aircraft and tanks shell sites used by the terrorist group in southern Gaza, including underground facilities. This aggression comes after Israel approved a $50 million Qatari cash infusion into the coastal enclave, set to be delivered this week.

According to the IDF, Israeli aircraft and tanks shelled sites used by the terrorist group in southern Gaza. The targets included underground facilities as well.

The strike followed rocker fire on border-adjacent communities, which luckily caused no injuries or damage.

Tensions between Israel and Hamas have escalated in recent weeks over Israel’s plans to apply sovereignty to large parts of Judea and Samaria and the Jordan Valley.

Hamas has warned that such a move could lead to a violent response by the Palestinian organization.

“We cannot exclude the possibility that – in the wake of Israeli aggression – matters may reach a point of escalation in the confrontation, which might lead to military escalation,” a top Hamas official recently told the Gaza-based Al-Resalah TV channel.

Earlier in the day, it was reported that Israel has given Qatar a green light to transfer some $50 million into the coastal enclave, set to be delivered this week.