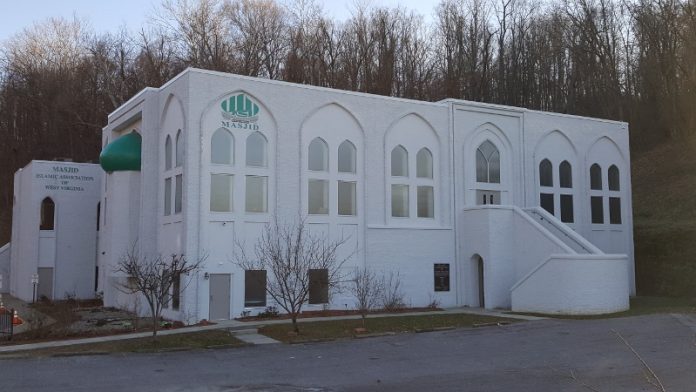 Concerned citizens in WV brought David Gaubatz in to research the level of danger the Islamic Association of West Virginia (IAWV) mosque in Charleston, WV presents to the community.  Dave rated it:  EXTREMELY DANGEROUS

Why is it rated as shown here?  Read Dave’s final report.  His Bio is also included.

David Gaubatz is providing a service based on his background, experience, training, and knowledge of the threats from Shariah Islam.  No one else has this ability to gather and report like he does.  He is a Patriot, providing communities a threat assessment that no one else provides.  We highly recommend every community invite Dave in to do same!

The report delivers detailed intel as to what is being “preached” and promoted by the mosque’s leadership and Imams.   It’s not just about the sermons, it’s also about the material being made available, promoted and taught to attendees of the mosque.  Material that promotes Shariah (Islamic law) which is dangerous to women and girls, homosexuals, anyone who decides Islam is NOT what they want to practice and so many more, and much of it is against the U.S. Constitution.

Shariah that states killing anyone who leaves Islam (apostates) is acceptable (ROT o8.0 & o8.1).  Shariah that mandates gays be killed (ROT p17.3).  Shariah that declares women as half the value of a man(Sahih Bukhari (6:301)) which  then means women can be mistreated and manhandled without reason.  Shariah that mandates to prove rape a woman must have 4 male witnesses (ROT o24.9) and without those 4 male witnesses she is accused of fornication outside of marriage and can be stoned to death for having sex.  I could go on… but I won’t!  [ROT = Reliance of the Traveller, A Classic Manual of Islamic Sacred Law]

Dave Gaubatz will come to any state and do a similar analysis, just contact him at: Davegaubatz@Gmail.com

Paul “Dave” Gaubatz, founder of America’s Civil War Rising, is a world class counter-terrorism and counter-intelligence expert whose boots-on-the-ground experience is second to none. He is also the premier authority on the Muslim Brotherhood. His book, Muslim Mafia: Inside the Secret Underworld That’s Conspiring to Islamize America, is unsurpassed in the world of counter terror. His investigative team exposed the largest Muslim conspiracy in U.S. history, uncovering over 12,000 documents and 300 hours of audio/video materials relating to criminal terrorist activity against America. Although he might be best known to the public for this work, he is also known by many as the “Terrorist Hunter.”

The detail of what Dave reports with every mosque he visits is quite an eye opening for many in these communities.   Please share these reports and education is the key to understand what might be happening next.  America is under attack by the Red-Green Alliance and the mosques play a major role on the “Green” side of that alliance.

America is fortunate to have a Patriot such as Dave Gaubatz, taking these steps and going inside the enemy’s tent.   Dave speaks the language and  knows what to watch for.  We all should be thanking Dave for standing for America and Constitution!

You can find Dave’s reports and more over at this website:  https://americascivilwarrising.org/