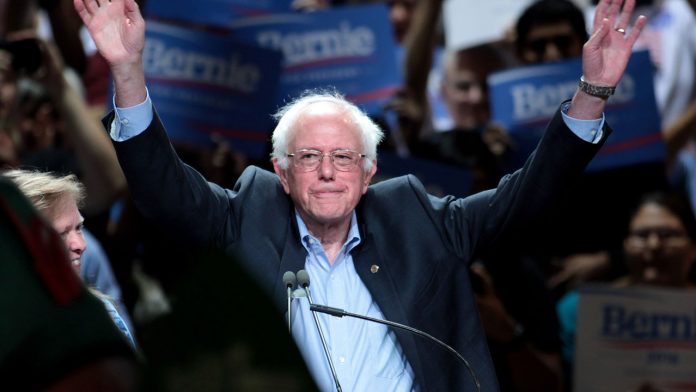 This often-repeated quote, which even managed to find its way into one of Mel Gibson’s greatest films, The Patriot, is attributed to Rev. Mather Byles, a Revolutionary-era Boston pastor who maintained his loyalty to the British throughout America’s War for Independence. Although it’s not entirely certain Byles is the true source of the quote—or even that the source was from the eighteenth century—this one sentence has managed to resonate throughout history for a very important reason: Even the most ardent supporters of liberty must acknowledge that the presence of a democratic government does not mean a society is free. Indeed, it took several decades for the young American nation to end slavery, and then a century more before segregation and other racist policies were eliminated.

Although very little time is spent in the West, especially in America, discussing the potential pitfalls of democracy, during the Revolutionary War, it was common for those who supported maintaining a close tie to England to wonder what would become of a nation that’s ruled by the whims of the “mob.” Would there be violence and turmoil? Would the rights of individuals be protected, or would majorities in states seize power for themselves, creating a “tyranny of the majority”?

In an attempt to address these concerns, the Founding Fathers built numerous safeguards into the Constitution, especially the Bill of Rights. These provisions were meant to ensure individuals would have their rights protected, not just from a tyrannical king across the Atlantic Ocean, but also from their neighbors. Each state similarly passed their own constitutions, guaranteeing individual rights at the state level.

With a strong, albeit imperfect, foundation of property rights and individual liberty in place, America grew rapidly over the following two centuries, eventually becoming the most powerful nation in the world. At the heart of its growth has always been a belief in personal liberty and economic freedom. Yes, social safety nets and government programs have, to some extent, existed since European colonists first arrived on America’s shores four centuries ago, but Americans have always understood that their prosperity comes largely from their ability to freely trade with one another, not from top-down government mandates, bureaucracy, and currency manipulation.

While the United States was rapidly expanding in the nineteenth century, another economic theory, socialism, began to take root in Europe. Rather than embrace the power of markets, socialism focuses on the alleged “exploitation” that arises from such markets and instead aims to create perfectly equitable economies in which everyone has exactly what they need—not necessarily what they want. This ambitious goal can only be accomplished in one way: through the redistribution of wealth and collective ownership of property.

In the twentieth century, socialistic policies and political parties gained popularity throughout the world. In some countries, socialist parties even managed to gain substantial political power, completely reshaping, often through violent means, entire nations’ economies in the pursuit of achieving perfectly equitable communities, a goal that has never been realized.

Americans’ deep and longstanding commitment to free markets and individual liberty has made it very difficult for socialists to seize substantial political power in the United States, but times are rapidly changing. Today, perhaps more than ever before, socialism, both in its pure Marxist form and in its watered-down European form, has taken hold in the imaginations of tens of millions of Americans, including many younger people. Popular self-described “democratic socialists” like Sen. Bernie Sanders (I-VT) now have a huge following, and socialistic policies such as single-payer health care and “free” college for all have gained a greater degree of support than at any other time in American history.

The popularity of socialism is growing, and with its rise, the intensity of the debate over its potential merits and dangers has also grown. It’s now common to hear Democrats openly laud the merits of socialist policies and allege that socialist ideas are the only way for the United States to resolve its most urgent problems. In fact, supporting a highly socialized medical system is now practically a prerequisite for running for president in the Democratic Party.

In complete contrast, Republicans and conservatives routinely denounce socialism as despotic, often pointing to countries like North Korea and Venezuela as examples of why Karl Marx’s vision for socialism always ends in absolute tyranny.

The truth is neither side has it entirely right, in our view. Make no mistake about it, we believe socialism is dangerously immoral. Elsewhere, we have even called socialism “evil,” a position we firmly stand by, the reasons for which will be outlined in detail elsewhere on this website. However, we admit modern socialists do have legitimate complaints against conservatives who equate all forms of socialism with the conditions such as those found in North Korea and Venezuela. First, as modern socialists freely admit, no country has ever fully adopted Marx’s socialist-communist model, including North Korea and Venezuela. And even among those countries who have heavily socialized economies, there are some, mostly in Western Europe, where living conditions have remained relatively high despite the socialization of numerous industries. France and Sweden are just two examples. If democratic socialist policies work there, socialists argue, why couldn’t it work here in the United States?

Against these claims, supporters of free markets often point to the success of America and other market economies, to which socialists respond by alleging many European socialist nations enjoy, in many respects, better economic conditions. Conservatives counter by citing a handful of studies disproving those claims, which is often rebutted by another handful of studies produced by left-wing economists. And on and on the debate goes.

Although we do believe that free markets produce healthier, happier societies, and we do agree with free-market scholars about the benefits of capitalism, we do not believe the most objectionable part of socialism is that it leads to poorer economic conditions. Nor do we believe the most persuasive way to combat calls for socialism is by arguing over economic outcomes (although we do put forward many economic arguments on this website, too); our primary objection is much stronger and more profound: We believe socialism is highly immoral, and that regardless of the economic “benefits” socialism might provide—and, again, we don’t believe there are any—socialism and socialized industries inevitably destroy personal freedom and create the tyrannical majorities Rev. Byles and others warned Americans against more than two centuries ago.

On this website, we outline our primary moral objections to socialism and discuss at length why collectivism always leads to some form of tyranny, regardless of how successful a nation’s economy becomes. We also go to great lengths to explain the essential features of Karl Marx’s socialism and why we believe his system, despite its growing popularity, will never be fully adopted anywhere in the world, including in the United States.

Throughout this website, you’ll find numerous articles about socialism–including articles that explain what Karl Marx’s socialism is, how it’s different from communism, the moral problems with Marx’s socialism, the many moral concerns about European-style, “democratic” socialism, and answers to socialists’ objections to our arguments. Much of this material comes directly from Justin Haskins’ 2018 book Socialism Is Evil: The Moral Case Against Marx’s Radical Dream and is offered here at no cost.

We hope you not only read through the many resources here, we also hope you take the time to share them with your friends and family. Together, we can defend the Constitution, religious liberty, and free markets.