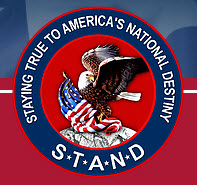 From the desk of Bishop E.W. Jackson Sr.

I write to you with great concern for the future of our country and the black community. Like most Americans, I too am angry over the killing of George Floyd. His death was a monstrous act, and former police officer Derek Chauvin deserves to have the full weight of the law brought against him. If the video we witnessed is accurate, Mr. Chauvin must be imprisoned for a long time.

However, my sadness reaches well beyond this single tragedy. The riots, looting and violence which have occurred in cities across the country will not reform, heal, unify or improve the lives and safety of black Americans. In fact, these actions are radically regressive and self-destructive.

Black businesses are burned down, the owners are assaulted and essential grocery stores and pharmacies are destroyed. Cops and innocent bystanders are victimized and killed. The irony is that the victims are primarily those for whom the rioters claim to be seeking justice. History teaches us that communities wracked by riots and looting do not recover easily, if at all. They tend to become more impoverished and dangerous than they were before the upheaval.

The Proverb says, “where there is no vision, the people perish.” The last time curfews were necessary to quell violence across the country was fifty-two years ago in 1968. A half a century later, we face the same destructive reaction to racial grievance. It will not lead to one black child getting a better education. Not one black worker will get a better job, and not one inner city family will live in a safer community. If police departments are defunded, as Black Lives Matter is demanding, look for an outbreak of crime and violence in the inner city like nothing we have ever witnessed before.

The purpose of peaceful protests should be to secure a better life for those trapped by inner-city violence, drugs, gangs, and lack of educational and economic opportunity. If we are having the same violent protests over the same issues with the same negative consequences as 50 years ago, something is wrong with our approach.

There is a way out of this vicious cycle, but it is hard medicine. Black citizens must stop voting for a political party that espouses nothing more than racial demagoguery. Al Sharpton, a proven charlatan with zero credibility, is trotted out to speak for the victims. No solutions are offered and no long term progress is ever made. Social and racial justice are popular slogans, but they are not a strategy for improving the lives of people.

Education has been used to uplift every demographic group that has come to America.  However, inner city children whose ancestors are among the earliest to arrive on this continent, are trapped in failing schools. Educational choice offers a real solution, but black Democratic politicians block it at every turn. They send their children to the finest schools available while leaving the children of their constituents trapped in dead-end institutions.

Their betrayal doesn’t end with education. These black politicians go to church every Sunday, and some of them are pastors. Yet they disregard the sin of abortion and its impact on the black community. Planned Parenthood founder Margaret Sanger was a rabid racist who admired Adolph Hitler and consorted with the Ku Klux Klan. She would have liked to exterminate black people, but satisfied herself with suppressing the growth of the black population through abortion. When eugenics proved unmarketable, she changed her brand to “planned parenthood” which sounds benign unless you know the truth. With the full cooperation of many black leaders, Sanger’s genocide against the black community continues to this day.

Finally, the single greatest social problem facing the black community is the destruction of the nuclear family. The out-of-wedlock birth rate has exploded to 72%. In some cities such as Richmond, Virginia it is 80%. The young men, born to single mothers, unwanted by their fathers, grow up with anger and abandonment issues. Desperately wanting to be wanted, they are easy recruits into a brotherhood of gangs, crime and violence. The streets are an outlet for their anger.

Leftists complain that the criminal justice system tracks young black men from the school huse to the jail house. But the “progressive” welfare policies of the Democrat Party put them on that track. Instead of encouraging stable, two-parent families, they incentivize single, female-headed households. They’ve been doing this since the 1960s, with horrific results.

Where is the plan for reversing the crisis of these communities? Where is the vision for a better future? Democratic leaders have led the black community to the brink of destruction with no hope for a better life. The black Democrat elites on the other hand experience the best America has to offer while leaving their fellow black citizens utterly hopeless.

Living posh lives, these so called black leaders and their white leftist counterparts tell black voters to hate and fear Donald Trump because he is their problem. He is the enemy. His rhetoric does at times make it easy for them to mischaracterize him. Nevertheless, Donald Trump has accomplished some remarkable things to benefit the black community.  Historically Black Colleges and Universities (HBCU’s) have faced  financial hardship for decades, and he is the first president to provide a permanent funding solution.

He established Opportunity Zones for the inner cities to help spur economic development. He presided over an economy that saw the lowest unemployment rates ever for black and Hispanic Americans. He shepherded the Criminal Justice Reform Bill through Congress, correcting the legacy of the Clinton era overreaction to the crack cocaine epidemic.

President Trump is actually doing something about the problems the black community faces while Democrats do nothing.

Democrats hope that if they can keep black voters fixated on hating Donald Trump and the boogey man of racism, they won’t notice that the leaders they elected and the party they support are doing nothing. The voters won’t notice that over 7000 young black people die in inner city violence every year. They won’t notice the failing schools or the dropout rates. They won’t notice the the continuing decimation of the nuclear family, once the bedrock of the black community. The black Democrat politicians do not want black voters to notice that they are enriching themselves with blood money from Planned Parenthood. That organization kills around 400,000 black babies every year. The black population would be double what it is today were it not for the abortion industry and the Democrats they pay to keep quiet about the genocide.

It is time for black citizens to turn away from such corrupt leaders. It is time to denounce the rioting, violence and the anti-Christian philosophy of the Democratic Party which is only destroying black people.

We must come together with other citizens around a vision for the future of our community and our country that is rooted and grounded in faith. We’ve come this far by faith, but Democrats would have us burn the bridge that brought us over. That is suicide.

As America goes, so goes the black community. Black veterans fought under the same American Flag and took the same oath to the Constitution. While they did not always receive the respect and gratitude they were due, it is nonetheless true that no people of African heritage anywhere on earth are more free or better off than we who are blessed to be Americans. America is still the last best hope for all of us, regardless of race.

We cannot change the past. However, we can change the future. It is time to come together across all racial and cultural lines to renew the American vision of “one nation under God, indivisible with liberty and justice for all.” It is within our grasp if we do not allow the radical elements among us to destroy it forever. We are at the precipice. There are those who would like to push us over the cliff into chaos. They think they will be there to pick up the pieces and create a socialist utopia, but history proves it will be a totalitarian nightmare.

Let us, as free black Americans, pull back from the precipice, push back against the anarchists and embrace the legacy of freedom, justice and hope for ourselves and the generations to follow.

Bishop E.W. Jackson is the President and Founder of STAND – Staying True to America’s National Destiny; Presiding Bishop of The Called Church and host of The Awakening on American Family Radio.