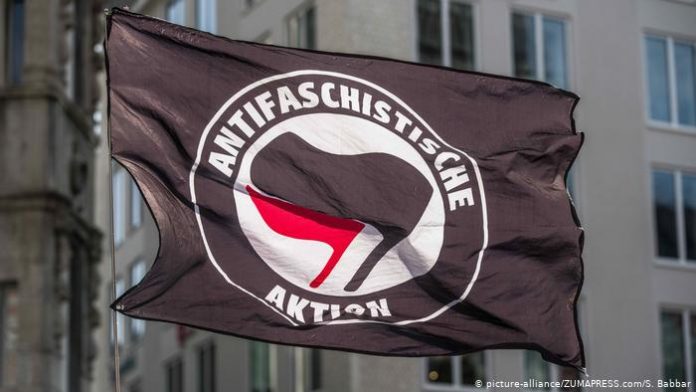 With the Communist-inspired insurrection and Antifa in the news, it might be appropriate to offer a glimpse, into my former employer.

Item number 35 from the Congressional Record dated January 10, 1963 on the “Current Communist Goals,” here, is “Discredit and eventually dismantle the FBI.” It is an excerpt from “The Naked Communist,” by former FBI Agent W. Cleon Skousen.

In 2017 I was on an email thread with other retired FBI Agents, and the following is a quote, in its entirety, from one retired agent concerning the “protests“ in Charlottesville, Virginia-

The first task is to have a discussion about moral hierarchy. Southern white supremacy and the German Nazi strain of fascism were political philosophies that have been exposed and rejected intellectually, culturally, and politically. Some of the main principals[sic] of those movements were racial superiority, slavery, anti-semitism, and genocide. Among all the ideologies developed by man, they are among the very worst. The Unite the Right rally carried the confederate and nazi flags, marched with torches chanting blood and soil because that is part of the history of white supremacy and nazi movement. The [UTR] movement of white supremacists and nazi’s is morally inferior.

UTR can assemble and hold rallies, and the government cannot prevent their speech. However, they must be met with non-violent opposition by the rest of society. The true Americans in Charlottesville were the anti-fascist protesters, one of whom was murdered. The UTR must be opposed because the alternative is unacceptable in our society. Kessler being routed at his press conference was a victory of the morally superior side.

Moral equivalence is the argument of the apologist. If someone’s first response to the events in Charlottesville is to say what about the other side, that says as much about the person’s critical thinking ability as it does about who has their sympathy.

There we have it. Here we obviously must have a critically thinking  FBI agent, stating that Antifa, a “Relic of German Communism,” first sent to the U. S. in the 1930’s by the Soviet Comintern, is a group of “true Americans.” Is it just me, or might this Agent also maintain a certain bias against one region of our country?

In her book, “The Red Thread,” here, Diana West documents former FBI Director James Comey’s one time affinity for Communism. Has he ever rejected it? Might his actions over the last several years be an indicator?

With the above in mind, one might argue Communism did not “dismantle” the FBI, but has successfully become part of it, or ingrained itself in it.

There is an oft repeated phrase by certain pundits that “ the problem is not the FBI rank and file,” that the corruption is at the top. From the above example, and from a myriad of numerous examples from more of my former colleagues, I can, with confidence, anecdotally confirm that the FBI, as an organization, is indeed heavily ideologically corrupted and has successfully been subverted. They are, of course, oblivious to it. Life tends to be much clearer in retrospect.

This, in my opinion, is attributable to the successful takeover by the left of our educational system, number 17 on Skousen’s above referenced list. The recent photograph of FBI Agents kneeling before a mob  in Washington D.C. here is further evidence. I am convinced that the above noted Agents, and others, actually don’t have a clue as to what it is that would cause them to come to the conclusion(s) they do or why they think like they do. The agents of influence have done a masterful job. An indoctrinated person does not know that they are indoctrinated.

Taking another cue from the above retired Agent’s lengthy quote, religious superiority (supremacism), slavery, anti-Semitism, and genocide have all been Islamic hallmarks. This ideology has not been rejected. The FBI willingly chooses to meet with it, and partner with it. The FBI has given awards to officials of and affiliates with the Muslim Brotherhood, a self-proclaimed enemy of Western Civilization.

The FBI therefore legitimizes it. It gives legitimacy to an ideology whose representative, the Grand Mufti of Jerusalem, met and apparently did or try to conspire with Adolph Hitler in November, 1941, against their “natural enemies;” which I read above to be “among  the very worst ideologies developed by man.”

The FBI has agents assigned to “reach out” (community outreach) to the Islamic Movement (Supremacism) and its U. S. vanguard, the Muslim Brotherhood. Do they have agents assigned to “reach out” to the “White Supremacist” community? The FBI actually took a knee previous to the embarrassment mentioned above. It has taken a knee to the Muslim Brotherhood, to Hamas (a designated terrorist organization), doing business as the Council on American Islamic Relations (CAIR). They, in my opinion, remain on their knees today in this regard. I have more anecdotal evidence gathered from both retired and active FBI Agents that suggests to me that this is the case.

There has been an oft repeated meme out there that the FBI ceased collaborating with CAIR circa 2009. That claim is easily refutable.

But now wait, one might say, Mr. Baldovin, surely we must be “diverse, inclusive, tolerant,” right? Another leftist posed question. We, the FBI, are so “inclusive” and “tolerant,” that we tolerate the intolerable. Thus, we have been successfully subverted by not one, but two leftist totalitarian ideologies. One of course piggy backed on the other. I think I might be safe to suggest that this is exactly the “moral equivalence”/moral relativism the above agent is arguing against, but it is part of the cultural Marxist playbook that we have succumbed to. It is a moral equivalence some argue, that some of our elected politicians apparently accepted starting circa 1933.

I will quote blogger Andrew Mellon: “most lenses have become so distorted with cultural Marxism, that individuals when faced with truth and logic are unable to process events objectively or with prudence.”

This all points to further evidence of organizational malfeasance, a malfeasance caused by cultural Marxism. It is the ideological glue within the agency that binds it together with the “swamp.”

In closing I would like to say that it is not my intent to disparage or demean any individual FBI agent. I think the American public deserves yet more insight into what I believe is a deeply ideologically compromised FBI.

David J. Baldovin is a retired FBI Agent whose oath to the Founders Constitution is not retired; author of “The Silence of the FBI Lambs;” and co-author of “False Prophets Dis-armed at a Vanderbilt University Presentation.”