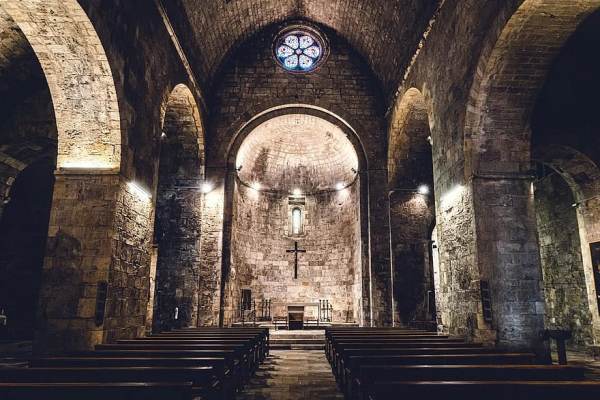 “Like a trampled spring and a polluted well is a righteous person who gives way before the wicked.”
Proverbs 25:26

WARNING: God did not build this nation just for us; He built it for the world.  Since its founding, our nation has been a beacon of hope and help to the lost and vulnerable around the globe.  If America falls, our freedom to provide that hope and help falls with her.  Keep this in mind as you read the following.

You are blessed to be living during one of the most critical times in our nation’s history.  It is a time when enemies are being exposed, heroes are being raised up, allegiances are being revealed, battles are being waged, and the course of our nation is being decided.

It is not a time for spectators.

And yet, during this critical time, millions of Christians are just that: Spectators.  Justifying their inaction with Scripture, they are opting to stay on the sidelines while our nation and its founding principles are under siege.  This is a grievous wrong.  It is unbiblical.

It is also a slap in the face of our nation’s Founders.  One of the greatest ironies of our time is that we Christians, who claim to admire and appreciate the Founders of this nation, are giving up without a fight the very things they fought and died to obtain for us.  Our celebrations of their heroic efforts and sacrifice ring hollow when, in response to our nation being under siege, we do nothing.  Could there be a more telling contrast between the Founders and ourselves?  We cannot claim to truly appreciate them and the nation they secured for us while simultaneously refusing to do what it takes to keep and maintain this nation.

That bears repeating: We cannot claim to truly appreciate the Founders and the nation they secured for us while simultaneously refusing to do what it takes to keep and maintain this nation.

The Founders understood that there is a time to stand and fight.  They also understood that one of the most critical times to stand and fight is when truth, justice, and freedom are at stake.  They would be shocked to hear that Scripture is being used today to justify staying on the sidelines while these very principles are being destroyed.  They would be doubly shocked to learn that those taking this approach are the very people who profess to love truth, justice, and freedom.

“God is in Control, So I Don’t Have to Do Anything” Does Not Apply Here

Those who use God’s sovereignty to justify doing nothing while our nation is under siege are misusing Scripture.  If God did not want us to have an active role in His plans, He would not have called us to action repeatedly throughout Scripture.  Again and again, from Genesis to Revelation, He calls on His people to act, to stand against evil, and to stand up for the needy and vulnerable (Isaiah 6:8, Matthew 28:18-20, Ephesians 5:11, Proverbs 31:8-9).  If we continue to sit on the sidelines while every good thing our nation stands for is destroyed, we will have violated far more Scripture than the handful of passages currently being misused to justify inaction.

“Turn the Other Cheek” Does Not Apply Here

Those who use Jesus’ admonition to “turn the other cheek” to justify doing nothing while our nation is under siege are also misusing Scripture.  Turning the other cheek is about not taking every slight to heart, about not taking revenge, and about returning evil with good when appropriate (Matthew 5:39, Romans 12:19, 1 Thessalonians 5:15).  It has nothing to do with voluntarily turning our nation over to those who despise everything it stands for and are intent on replacing its righteous principles with unrighteous ones.  The Founders understood the difference, and so, when truth, justice, and freedom were at stake, they defended those righteous principles to the death.

“Submit to the Authorities” Does Not Apply Here

Those who use Scripture’s admonition to “submit to the authorities” to justify doing nothing while our nation is under siege are also misusing Scripture.  Passages such as 1 Peter 2:13-17 (c.f. Romans 13:1-7) are not a blanket command to always submit to authorities in every situation.  Rather, they are a general admonition to be applied under certain conditions.  Note that Peter clearly states in verse 14 that the authorities in question recognize the difference between good and evil, and commend good (c.f. Romans 13:3).  This is not the case today.  Congressmembers, judges, governors, mayors, and local authorities are openly fomenting and funding lawlessness.  They celebrate those who break our laws while vilifying those who uphold them.  They clearly do not stand for, nor commend, good.

There is another important implication of both this passage and the Romans 13 passage that is often overlooked: Through the act of obeying the authorities, believers help maintain their freedom to do good (1 Peter 2:14, Romans 13:3-4).  This is also not the case today.  Rather than maintaining it, our obedience — played out in silence and inaction — is costing us our freedom to do good.  We are being vilified for our beliefs, silenced in the public square, and forced out of and denied jobs.  If we believers do not stand now against the lawlessness overtaking our land, we will lose our freedom to do good for good.  It is only a matter of time.

A Moment of Decision

We stand at this same inflection point today.  Our freedom to follow and obey God is actively being undermined and eroded before our eyes by the very authorities established to protect it.  The freedom to speak the truth, preach the word of God, follow our convictions, and evangelize the lost is being aggressively challenged in the courts, in the public square, by the education system, and by the media. Yet, alarmingly, the governing authorities established to uphold our God-given rights enshrined in the Constitution — and act as a bulwark between such an onslaught and our freedom — can no longer be trusted to do so.

Or, will we join our nation’s Founders and make the sacrifices necessary to keep and maintain the nation they secured for us?  For, when great principles are at stake, great sacrifice is required.  The Founders understood this and made that sacrifice.  It is not right for us to celebrate their sacrifice and not be willing to make the same sacrifice when what they fought for is at risk of being destroyed.  Know that whatever it is you are clinging to, whatever it is that keeps you from standing, will be lost in the end if you do not stand now.  It is only a matter of time.  You have a choice: Sacrifice it yourself willingly now for the sake of your country, or lose it in the not-too-distant-future by force.

What Can You Do?

So, this raises the question, “What actions can I take that will make a real difference?”

If you are a pastor, you must sound the alarm to your congregation.  You do not have the option of being silent.  You are the modern-day Watchman on the Wall.  God has placed you in a position of responsibility to watch over and warn the flock.  Pastors shirking this duty out of fear of losing tax benefits or offending today’s culture, or some misguided idea that secular matters should not be discussed in the pulpit, are placing themselves and their congregations in grave danger.  As Proverbs 25:26 says, “Like a trampled spring and a polluted well is a righteous man who gives way before the wicked.”

Pastors, you do not want to be a trampled spring and polluted well.  Warn your flock that the enemy is at the gates.  Call them to stand.  Prepare them for action.  Give them specific actions to take.  For ideas, continue reading.

All believers of voting age must vote.  It is a disgrace, the number of Christians who do not vote.  God provided our nation’s citizens with a powerful and effective way to keep our leaders in check, and yet, millions of Christians (~40%) shirk their duty to do so every single year.  As a result, our federal, state, and local governments have become overrun with corrupt, self-interested leaders, many of whom are against the very principles this nation was founded on.

Voting is not optional for the believer.  It is your duty to be informed and vote.  It is your duty to God, who provided you with such a powerful means to keep and maintain the nation He gave you through the election of leaders worthy of leadership; to the Founders, who secured for you at great sacrifice this great nation; to your fellow citizens, who depend on your vote to help keep and maintain this nation; and to the unsaved, who depend on our nation’s charity, missions work, protection, and much more.

For other powerful ways to participate in determining the course of our nation, please see the “What Can I Do?” chart below.  Pick a minimum of three actions and start helping your fellow citizens keep and maintain this great nation that God has provided through the brave stand and sacrifice of our nation’s Founders.  There is no better way to show our gratitude for what we have been given.