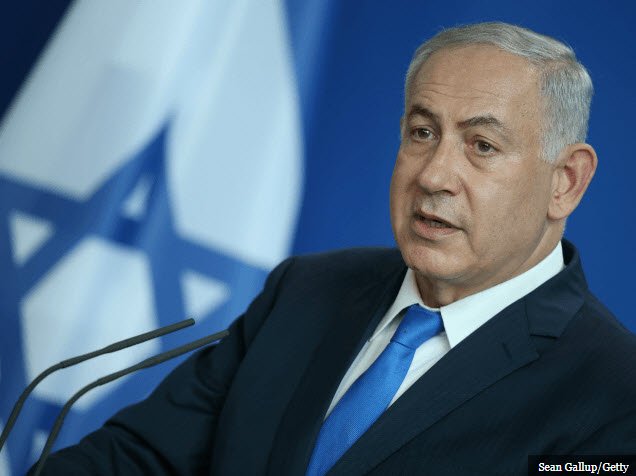 Prime Minister Benjamin Netanyahu on Tuesday warned Iran and its Hezbollah terror proxy against “testing” Israel, on a tour of the border with Syria after a thwarted terror attack a day earlier.

The IDF also reinforced troops in the area in anticipation of additional attacks, the army said in a statement.

On Monday, the military opened fire at a number of terrorists from the Iran-backed group that had infiltrated Israeli territory.

“All that is happening now is the result of an attempt to establish a military entrenchment in our area by Iran and its satellites in Lebanon,” Netanyahu said on a tour of the region with Chief of Staff Aviv Kohavi.

“I don’t recommend anyone test the IDF or Israel. We are determined to defend ourselves,” he added.

He also accused Hezbollah chief Hassan Nasrallah of advancing Iranian interests at the expense of Lebanon, adding Israel remains “prepared for any scenario.”

Defense Minister Benny Gantz echoed the prime minister, warning “Israel knows how to use its capabilities, everywhere.” He continued:

We have the capacity to act, at any range, and with unprecedented operational readiness. I suggest that the countries of the region — near and far, Iran, Lebanon, Syria and anyone involved in terrorism — remember that the State of Israel has infinite capacity and we know how to use it.

“I fear that the situation will deteriorate in light of the severe tension on our borders with occupied Palestine,” Diab wrote in a statement.

Following the incident, IDF Spokesman Brig.-Gen. Hidai Zilberman warned, “We have some tense days ahead”while cautioning more attacks were likely in the offing.

Hezbollah’s attack was in retaliation for the death of one a Hezbollah fighters in an alleged Israeli airstrike in Syria last week, the Reuters news agency reported.

The cell, which numbered three or four, was driven back into Lebanese territory with Israeli machine guns and heavy artillery fire, Zilberman said.

He added that while he wasn’t sure the exact nature of their infiltration, it was clear they were planning an assault.

“A cell sneaking into Israel in the middle of the day, they most likely weren’t there to have a barbecue,” Zilberman told reporters.