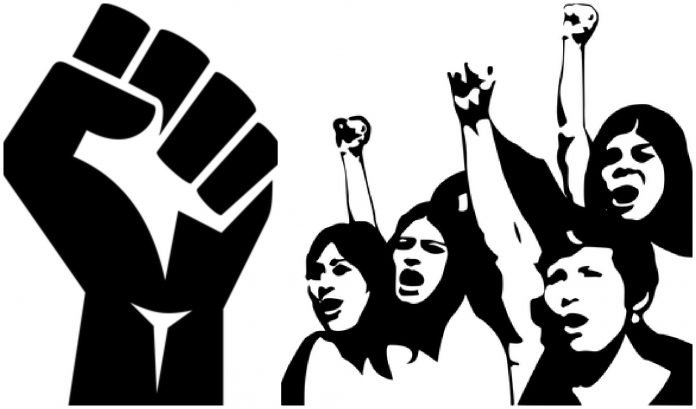 In April of 1861 local and state authorities in Charleston, South Carolina demanded federal authorities leave the city and hand over control of the federal facilities there. When the United States government refused an assault was begun on Fort Sumter. The Civil War had begun.

One hundred and fifty-nine years later it is happening again, this time in Portland, Oregon.

Responding to the Department of Homeland Security’s concerns about the out of control riots in Portland in general and the threats to federal property specifically, Mayor Ted Wheeler of Portland said earlier this month, “The best thing they (federal officials) can do is stay inside their building or leave Portland altogether.” That call was then echoed by Oregon’s Governor Kate Brown who also demanded federal authorities vacate the city.

Much of the liberal media, of course, trumpeted these announcements and took the side of the violent anarchists who have turned Portland and other cities into war zones over the last two months. More conservative commentators attacked both the Mayor and the Governor, and those like them across the nation as “naïve,” “incompetent” and “weak-kneed.” Both camps missed the central point.

No, peaceful protestors are not being abused in Portland or elsewhere by evil, fascist police officers who are denying them their rights of assembly and free speech. Armed, organized groups of rioters are turning city streets into war zones, destroying property and assaulting private citizens. Spend five minutes on Twitter looking at scenes from the area around the federal courthouse in Portland, and you will feel like you are looking at footage from Beirut at the height of the Lebanese civil war.

This is not protest. This is insurrection.

But, liberal mayors and governors are not standing by and allowing this to happen, because they lack the will to confront the threat. They are standing clear, because they agree with the aims of the radicals turning our streets into war zones, and they want them to succeed. This is not incompetence. This is a conspiracy.

Marxist-Leninist parties around the world have always had armed wings. They have never limited themselves to affecting change via the democratic process. In fact, they have explicitly rejected that notion and stated that the transformation of society and government that they want can only be achieved with armed struggle. The ballot box will not get it done. At some point, things will have to get messy.

The Democratic Party in the United States, once focused on the rights of the working man and electoral success has increasingly become dominated by individuals espousing openly, expressly Marxist views. When Mayor DeBlasio stands with a group of individuals painting the slogan
“Black Lives Matter” on a city street, he is not just affirming his belief that all human life has value. He is saying – in the loudest, most provocative way he can – that he sides with an expressly Communist organization led by individuals who proudly describe themselves as “trained Marxists.”

When Portland Mayor Ted Wheeler goes out on the street with Antifa thugs attacking a federal courthouse, as he did yesterday, he is demonstrating his support for an organization dedicated to the complete destruction of the existing political, economic and social order, or as one Antifa leader in Portland put it recently, the “abolition of the United States as we know it.”

For well over two hundred years we have prided ourselves in this nation on the peaceful transfer of power and our commitment to the rule of law. It has been what has separated us from all the other would-be democracies of the world where disappointing electoral results result in coups, revolutions, and presidents “for life.” We have perhaps been unjustifiably arrogant at times about our assurance that we were somehow above such things.

If so, we would do well to abandon that arrogance and replace it with an appropriate degree of alarm. We are standing on a precipice and what lies below is chaos, bloodshed, and destruction on a scale we have not seen since the cannons opened fire on Fort Sumter a century and a half ago.

There remains no doubt within the Democratic Party a great many patriotic Americans who cling to the belief that they are part of a political organization, which seeks only a greater degree of justice and equality in this great nation. They look at the party and they see an organization that forged alliances with trade unions and supported a minimum wage.

That party is increasingly a thing of the past. The radicals are now ascendant. They cannot be troubled by the restrictions of an electoral process or majority rule. They are social justice warriors, assured of their own infallibility and convinced, in classic Marxist fashion, that the ends justify the means.

There is no time for campaigning or convincing people to vote for your cause. The Revolution demands action. The “system” must be burned to the ground. Time for the armed wing of the party to take the lead.

Carlson: Why Did We Keep ‘Playing Along’ with Mask Mandate After BLM Riots? — ‘We Acquiesced to Their Power Grab’