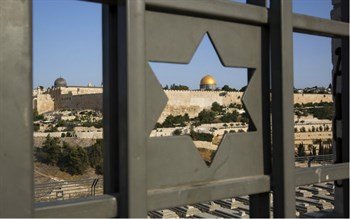 As Hezbollah hides its large cache of dangerous weapons across Israel’s northern border, civilian lives on both sides of the fence are endangered.

Backed by Iran, Hezbollah’s weapons arsenal has been a concern to Israel for a very long time. A recent study by the Alma Research and Education Center produced a database of 28 potential missile sites stretched across Lebanon, directly north of Israel’s border.

The locations of those sites hit dangerously close to home, according to Alma’s director of research, Tal Beeri. “Hezbollah’s weapon storage facilities are spread-out all-over Lebanon,” he tells OneNewsNow, pinpointing three specific areas: the Beqaa valley in Lebanon, the southern Lebanon area, and the Beirut area.

The former Israel Defense Forces (IDF) intelligence officer describes the Lebanese Beqaa area as Hezbollah’s “logistical rear” – and the southern Lebanon area as “the main battlefront in a future war with Israel.” Thirdly, he says, “the main Hezbollah headquarters are located in the Beirut area, especially amidst the Shiite populations – [and this area could be] used as a launchpad for medium-range and even long-range missiles against Israel.”

The locations of these sites call attention to Hezbollah’s blatant disregard for lives in the region, according to Beeri.

“These areas are populated mainly by Shiites who act as a ‘human shield’ for Hezbollah, [and a variety of weapons arsenals are stored] in the heart of the civilian population,” he describes. “Rockets and missiles can be stored in the basement of a house, whilst the families live their day-to-day lives on the floors above.”

Some of the homes house Hezbollah operatives, while others simply volunteer their homes, he says, adding that Hezbollah may even pay a small fee to participating families. “[But] sometimes,” Beeri explains, “the families are not left with a choice, allowing Hezbollah to do so out of fear.”

Also, Beeri notes that weapon storage facilities are located in industrial buildings, agricultural fields, and infrastructures owned by Shiites in southern Lebanon and in the Lebanese Beqaa valley.

As the former intel officer points out, the frightening fact of the matter is that “Hezbollah’s method of conduct is storing weapons in civilian buildings and near concentrated areas of population.”

What’s more, Beeri says, Hezbollah “fires these weapons at civilian targets and areas of concentrated population in Israel, while being near or within the civilian buildings” – allowing the terror group to protect itself from an IDF response with a “human shields.”

“In contrast to the IDF, Hezbollah does not discriminate between civilian and military targets, and will launch a massive missile attack on Israeli populations, believing this will undermine the Israeli civilian resilience, putting pressure on Israel’s government to cease the fighting,” the former IDF officer explains.

Beeri describes two main consequences of using “human shields.” First, he says, Israel discriminates between those who are involved in a conflict and those who are not, thereby avoiding civilian casualties in accordance with international humanitarian laws. Second, because weapons are being stored in places like a civilian residence, he confesses, “Hezbollah [makes] it exceedingly difficult for the civilians to evacuate and flee, violating international law.”

Despite these obstacles, Beeri contends, “the IDF has extremely accurate weapons that allow precise attacks while minimizing potential damage to the surroundings, [which are capable of] damaging Hezbollah’s military infrastructure without harming the ‘human shield’ surrounding it.”

In conclusion, Alma’s director of research states, “it is important to note that every IDF attack goes through a meticulous process of authorizations, including the examination of every military aspect, [like] peripheral damage, potential harm of citizens, and legal aspects of compliance with international law’s standards.”

When an attack does not meet these standards, Beeri avows a military operation will not receive approval to be executed.