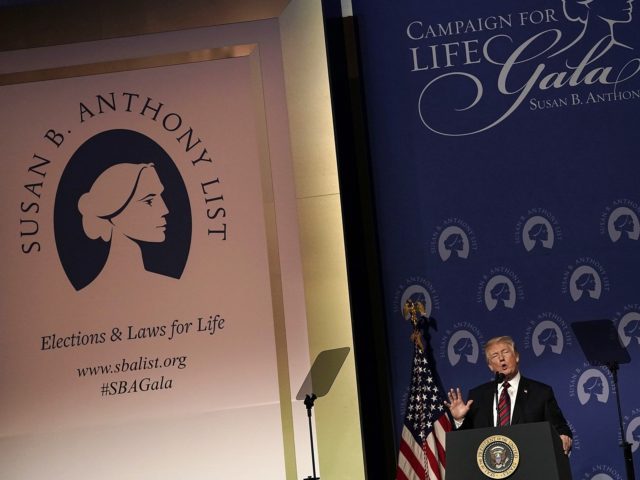 President Donald Trump announced Tuesday he would pardon Susan B. Anthony, who was arrested for voting illegally in 1872 for the Republican ticket.

The president announced the news he would sign a “full and complete pardon” for the women’s rights activist during a White House event commemorating the 100th anniversary of the 19th Amendment giving women the right to vote.

“She was never pardoned,” Trump said as a group of women applauded. “She was guilty of voting.”

Anthony was arrested, indicted, tried, and convicted for voting illegally for the Republican ticket in Rochester, New York, after casting her ballot in the 1872 presidential election for Republican presidential nominee Ulysses S. Grant.

“Well I have been & gone & done it!!—positively voted the Republican ticket—strait this a.m. at 7 O’clock,” Anthony wrote in a letter to fellow suffragist Elizabeth Cady Stanton. “If only now—all the women suffrage women would work to this end of enforcing the existing constitution—supremacy of national law over state law—what strides we might make this winter.” 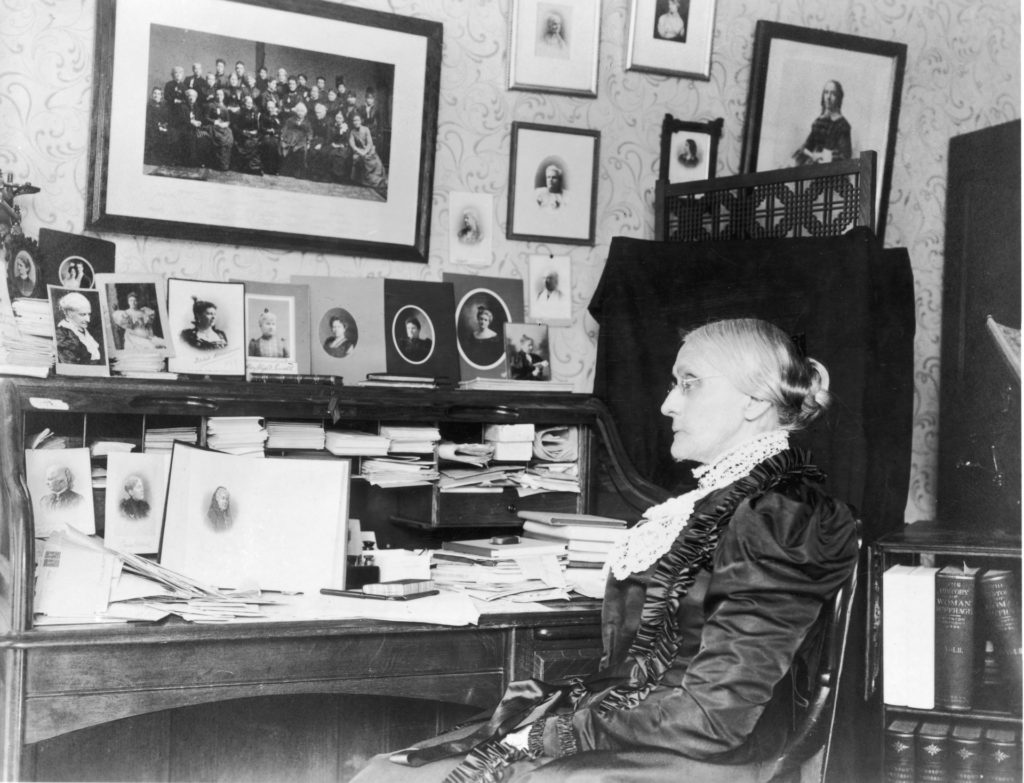 Portrait of Susan B. Anthony sitting at a desk, circa 1868. (Photo by Fotosearch/Getty Images)

Last week, the president urged Congress to pass H.R. 473, a bill that would establish a monument to the suffragists and the passage of the 19th Amendment.

“As we celebrate the 100th Anniversary of women’s voting rights, we should build a BEAUTIFUL STATUE in Washington D.C. to honor the many brave women who made this possible for our GREAT COUNTRY,” he wrote on Twitter.