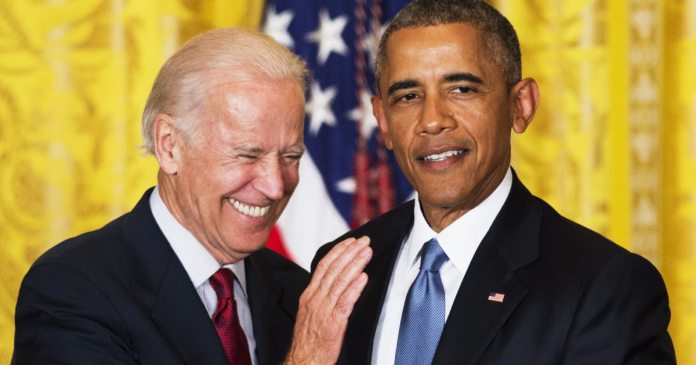 This would make a lot of sense.

A stunning report is indicating that the Obama administration imported foreign terrorists to the U.S. in preparation for the ANTIFA/Black Lives Matter uprising that is currently laying waste to America’s cities.

“It is an American problem caused by the former Obama-Biden administration’s continuing coup against the Presidency of Donald Trump,” Eliason writes of the ANTIFA/BLM terror uprising.

Eliason noted that ANTIFA terrorists were trained in Syria as part of a Kurdish neo-Marxist fighting force. He believes that since ANTIFA are “part of an insurgency ground force with provable foreign government representation and foreign insurgents from terrorist groups,” Geneva Conventions protections no longer apply to them.

He also performed extensive investigative work to determine the origins of ANTIFA and their leadership. Through careful analysis of ANTIFA’s official website, his investigation led back to Ben Utzer, who Eliason describes as “Antifa’s German Pirate Party chubby, never miss a meal, pasty white leader of the boots on the ground Obama-Biden Antifa-BLM insurrection.”

“Utzer is the German directing the traffic for American Antifa seditionists willing to murder and destroying their own cities for a foreign hacker-politico who owns a little security company and loves dogs,” Eliason writes.

Eliason showed social media posts made by the German Pirate Party echoing ANTIFA talking points, opposing President Trump’s plan to restore law and order amidst sustained rioting, and even using the hashtag #WeAreAllAntifaNow. He contends that Utzer’s agitating shows that the terror group is actually headquartered in Europe.

“Antifa, BLM, and other groups were brought in to create a funnel catching disenfranchised people from across the spectrum bringing them under one umbrella for the IO coup project. This is how the manpower problem for sedition was tackled,” he writes.

He pulled up other social media activity from the Pirate Party to make the case that they are a foreign entity effectively staging a coup d’état against the Trump administration.

“Let’s be clear. A German political party with European Parliament representation declared war on the nascent presidency of Donald Trump in no uncertain terms in early December 2016,” Eliason writes.

He is calling on American patriots to form militia-type groups to defend the homeland while this foreign coup plays itself out. He argues that supporting law enforcement should be a top priority for Americans who want to save their nation from the leftist occupation.

“While this is going on if you care about the country, the police that protected you need your protection. With all the defunding they are short-staffed and demoralized. Contact them about building auxiliary support groups and then do what they say to do,” Eliason writes.

“We went through this in Donbass after these same nationalists took over the country in 2014. Donbass stood against it because the people stood behind the police pushing Ukraine’s version of Antifa out,” he concludes.

Big League Politics will continue to report about Eliason’s important investigative work as it is released to the public. He plans to release more articles about ANTIFA’s origins in the days to come.