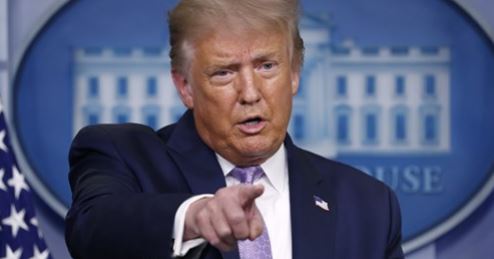 When President Trump recently asserted that he had done more for black Americans than any president since Abraham Lincoln, the journalist interviewing him was incredulous.

But black Americans should give Trump’s arguments a fair hearing. Certainly, many would argue that over the past century, the U.S. president who made the greatest contribution to black America was Lyndon Baines Johnson.

Johnson used his impressive political acumen to persuade Congress to pass both the Civil Rights Act of 1964 and the Voting Rights Act of 1965. These pieces of legislation outlawed many blatant discriminatory practices that had relegated blacks to second-class citizenship for an entire century following emancipation.

‘Unconventional’ conventions may still be important

It is worth noting that the arms LBJ had to twist in order to pass civil rights bills belonged to his fellow Democrats. Indeed, most Republicans, who were politically in the minority, were already on board the civil rights train.

Beyond his congressional politicking, LBJ also showed an occasional penchant for admirable thoughtfulness about the issues facing black Americans (or “Negro Americans,” as folks like me were then known).

“Negro poverty is not white poverty,” Johnson once said. “Many of its causes and many of its cures are the same. But there are differences. … These differences are not racial differences. They are solely and simply the consequence of ancient brutality, past injustice, and present prejudice.”

Notwithstanding such glimmers of wisdom and his landmark legislative achievements, LBJ also harbored racist sentiments. He frequently used epithets that in our current age would cause a full-blown scandal were any current political leader to utter them.

Multiple sources have corroborated accounts of LBJ’s frequent use of the N-word in private conversation, including his common reference to a 1957 civil rights proposal as “the n—-r bill.”

A credible biographer quotes Johnson pushing back against a suggestion that he nominate a lesser-known black judge to the Supreme Court rather than the firebrand Thurgood Marshall. “Son, when I appoint a n—-r to the court,” Johnson reportedly said, “I want everyone to know he’s a n—-r.”

There are many other such accounts, but you get the idea.

These would seem to be the kinds of statements apt to create momentum for removing LBJ’s name from such honored institutions as NASA’s Johnson Space Center in Houston. And yet Johnson rightly gets a pass — presumably because the perceived merit of his deeds is deemed to hold greater weight than the ill-considered tenor of his words.

Trump, whose occasional brash language comes nowhere near the offensiveness of LBJ’s, deserves that same grace. With the exception of a carpenter from Nazareth 2,000 years ago, perfection is not a standard attained by anyone.

Even Abraham Lincoln, the Great Emancipator himself, made racial comments that nowadays would disqualify him from being honored with any such tribute as a monument or being the namesake of a school.

Do these words and this sentiment now, viewed through the prism of the current era, make Lincoln’s otherwise notable accomplishments as commander in chief and preserver of the Union less worthy of remembrance or celebration?

But then there’s also the issue of criminal justice reform. For years, civil rights leaders have insisted that America needs to take action to change sentencing practices that unfairly work against black offenders as compared to whites. Trump did just that with the First Step Act. The law shortened mandatory minimums and provided judges more discretion in deciding how to sentence nonviolent offenders.

And there’s more. Trump has provided impressive support for Historically Black Colleges and Universities (HCBUs) — signing legislation designating $255 million in permanent annual funding for HBCUs and other minority-serving institutions. In addition, he signed a farm bill that included more than $100 million specifically for programs at HBCU land-grant institutions.

Further, he continues working to expand school choice nationwide, which particularly benefits black families and others in lower-income neighborhoods. “School choice is the civil rights statement of the year, of the decade, and probably beyond,” Trump recently said, “because all children have to have access to quality education. … A child’s zip code in America should never determine their future.”

So, sure, you might think Trump’s statement that he has done more for black Americans than any president since Lincoln to be an audacious statement. That’s fair enough. But take time to hear him out. Consider the facts. And you might be surprised by your own conclusions.

‘If we cannot name our enemy, how can we ever expect...