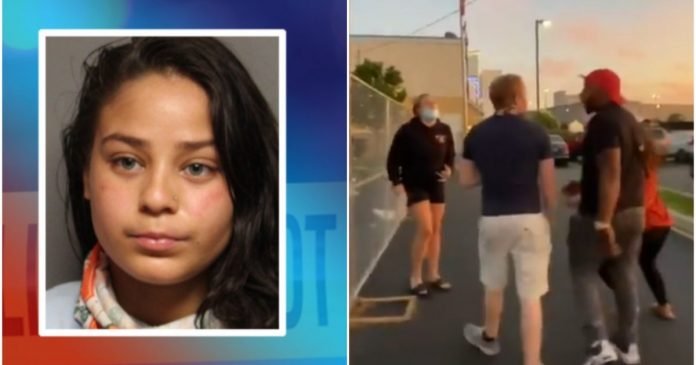 Cops are looking for other suspects.

A 21-year-old woman has been arrested and hit with felony charges for attacking a 7-year-old boy and robbing him of his MAGA hat due to her hatred of President Donald Trump.

Olivia Winslow has been charged with second-degree robbery, second-degree conspiracy, and endangering the welfare of a child. She allegedly accosted the child at a small rally of Trump supporters held near the Chase Center in Wilmington, Del.