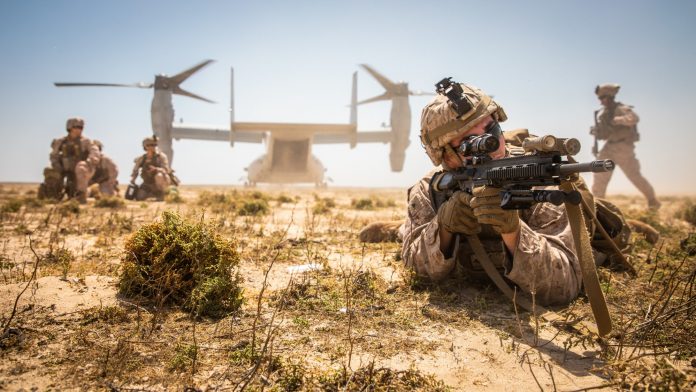 Clare M. Lopez, B.A., M.A., is the Founder/President of Lopez Liberty LLC and a Senior Analyst for Ravenna Associates, a strategic corporate communications firm based in Virginia. She is an American national security expert with 40 years’ experience in intelligence, the defense industry, and think tank policy circles. She speaks and publishes widely and can be found online @ClareMLopez on Facebook, LinkedIn, Parler, and Twitter.

Title: Assessing the Value of the U.S.-Saudi Relationship in a Realistic Way

Author and / or Article Point of View: The author writes from a perspective that realistically assesses U.S. foreign policy and national security objectives in the Middle East region. This assessment concludes that many factors—among them diplomatic, economic, ethical, military, and political—shape U.S. policy, but that regarding the U.S.-Saudi relationship, core national security interests compel the partnership.

Summary: Changes underway within the Kingdom of Saudi Arabia under Crown Prince Mohammed bin Salman’s leadership are significant and substantive. It is in the U.S. national security interest to acknowledge and encourage those changes, even while urging more progress in areas that concern America’s ethical foundations, like human rights.

Text: This article is written in response to “Assessing the Relationship Between the United States and Saudi Arabia—An Unethical Partnership With Multiple Purposes?”[i], authored by Lt.Col Matthias Weinger, an Austrian Army officer that was published at RealClearDefense on August 3, 2020. That piece argued that the U.S. partners with Saudi Arabia purely out of economic considerations—a need for Middle East oil—and in unethical disregard for the Kingdom’s poor human rights record. That premise is not only inaccurate but insulting to the leadership of both countries.

To begin, the U.S. under the Donald J. Trump administration has become energy independent for the first time since 1957. What that means is that in 2019, even though it still imported energy, the U.S. overall produced more energy than it consumed.[ii] This milestone was achieved thanks to a booming oil and natural gas industry and new drilling technologies like hydraulic fracturing and horizontal drilling. Additionally, the Saudi national oil company Aramco and the U.S.’s Haliburton have been working together since 2018 under a deal to boost the Saudi output of natural gas.[iii] This effort is part of Saudi Crown Prince Mohammed’s Vision 2030 economic plan. Although it has shown somewhat uncertain progress, it is a much-needed blueprint to diversify the Saudi economy, attract foreign investment, and spur economic modernization. The point here is that the U.S. no longer is hostage to an energy lifeline from the Middle East: we not only produce enough of our own energy, but American oil experts are actually helping Saudi Arabia to expand its own energy production.

Next, we should address the lingering legacy of 9/11. While Al-Qa’eda jihadis carried out those horrific attacks under Taliban protection with deep Saudi involvement, the Iranian regime in Tehran, in fact, originated, directed, and executed the plot with the help of its Shi’ite terror proxy Hizballah. Nearly nineteen years after September 2001, it is amazing that so many still seem unaware of the findings of the Havlish, et al. v. bin Laden, et al. legal case, in which Judge George Daniels of the Southern District of New York federal court ruled in December 2011 that Iran and Hizballah were co-responsible with Al-Qa’eda for 9/11.[iv] To date, while the leadership of Saudi Arabia has changed profoundly, that of Iran and Hizballah has not. This is an important distinction we must make in viewing the evolving situation in the region.

A strategic-level understanding of the critical importance of key Middle East waterways likewise is necessary if we are to arrive at accurate assessments about the players currently involved in vying for control over them. As this author wrote in “The Bab al-Mandab Strait Must Not Fall to Iran”[v] on July 27, 2020, Saudi Arabia and its Coalition are fighting to keep that important waterway from falling under Iranian regime threat. Looking at a map of the Arabian Peninsula and its surrounding areas, we can see that the Bab al-Mandab connects the Arabian Sea to the Red Sea and Suez Canal. Who controls—or is able to threaten—that Strait commands access to some of the most important shipping channels in the world. The U.S. supports Saudi Arabia and its Coalition partners in their effort to prevent the Iranian regime and its Houthi rebel proxies from gaining such a position from which to threaten international freedom of the seas. Maintaining free and open navigation in international waterways is in the security interest of all of us.

Finally, the remarkable changes underway in Saudi Arabia must be acknowledged. Since the June 2017 rise of Crown Prince Mohammed bin Salman (MBS) to a position of de facto leadership in the Kingdom, Saudi Arabia has seen changes unimaginable even a few years ago. Although as noted above, MBS’ Vision 2030 has not gone as smoothly as hoped for, bold new policies to diversify the Saudi economy towards a high-tech future as well as changes in ancient social mores have shaken up the country and brought widespread support especially among its youthful population for its millennial Crown Prince. Women now may drive, cafes, movie theaters, and sports stadiums are open to mixed gender patrons, the powers of the dreaded religious police have been severely curbed, and many Wahhabi clerics languish in prison. Perhaps the most notable of these changes was the decision in April 2020 by the Saudi Supreme Court to end flogging as a criminal punishment.[vi] The reason this, unlike other merely social changes, is so significant is that flogging is one of the hudud punishments; that is, it’s part of Islamic Law (shariah). Abolishing flogging is the first time the Saudis have ever officially instituted national-level law that counters shariah.

One may say that such changes are internal to the Saudi Kingdom and affect U.S. interests only in the sense that such progress on the human rights front is always welcome to nations that value the principles enshrined not only in the United Nations Universal Declaration of Human Rights but our own Declaration of Independence. But then, we come to another change in official Saudi policy that profoundly affects the entire Middle East region, including places where the U.S. has many important alliances and partnerships. That change is the growing relationship of Saudi Arabia with the Jewish State of Israel, the U.S.’s own most important ally in the region. Other neighbors like Egypt and Jordan were the first to conclude peace treaties with Israel. The United Arab Emirates (UAE) was the first to land a commercial aircraft (carrying coronavirus supplies for the Palestinians) at Israel’s Ben Gurion Airport. But behind the scenes, contacts between Israel and regional representatives from Bahrain, Oman, Saudi Arabia, the UAE and others have been growing in a way few expected.[vii]

The growing threat of a nuclear-armed Iran surely plays a key role in both the Gulf Cooperation Council (GCC) countries’ gravitation towards Israel and the U.S.’ open support for such rapprochement. Arms sales to all of the above are part of it, too, as Saudi and other GCC states are interested in Israeli technology. But it would be wrong to view these developments from a purely mercantilist perspective, without taking into consideration the overwhelming security concerns that bring the GCC, Israel, and the U.S. into increasing alignment. It’s a convergence of factors, some admittedly opportunistic, that drives the new reality. However, it must be recognized that tectonic plates are, in fact, shifting—and in the direction of greater regional stability, which is a positive for all of us. U.S. national security leadership must remain alert, but not cynical, about the direction of events in the Middle East. America’s relationship with the young Saudi Crown Prince is a linchpin for those developments, possibly for decades to come.