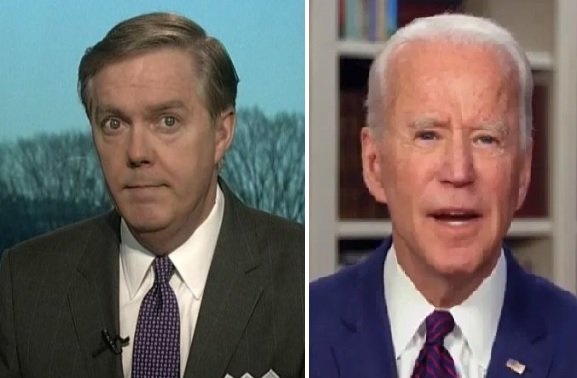 The Commission on Presidential Debates announced its three moderators for this year’s planned debates.

It is still 50-50 on whether Joe Biden will show up for the events.
Even when he is fed the answers he still goofs up.

Wallace is a complete anti-Trumper. The far left FOX News host ruined FOX News Sunday and made it unwatchable. Wallace attacked President Trump in December saying, “I believe that President Trump is engaged in the most direct sustained assault on freedom of the press in our history.”

Kristen Welker from NBC is a member of the White House Press Corps, a horribly hostile Trump-hating group that thought it was funny to ridicule the president’s White House Spokeswoman on her looks at their annual dinner while she sat on the stage.

And Steve Scully has an interesting resume. He was a former intern for JOE BIDEN!

Scully received an undergraduate degree with honors in communication and political science from American University in Washington, D.C. During his degree he completed a study abroad program at the University of Copenhagen, served as an intern with Senator Joe Biden [5], and in Sen. Ted Kennedy’s media affairs office.

Just in case far left Wikipedia deletes Scully’s links to Joe Biden here is a screen shot from his page: