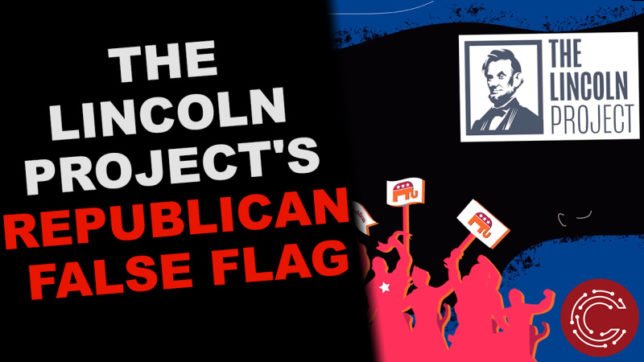 The cadre of “NeverTrump” Republicans who founded the Lincoln Project give the distinct impression they’re less interested in a Biden win than in a Trump loss.

“The Lincoln Project’s Republican False Flag”  is a short video that examines the nominal Republican group’s ideological agenda, strategy to defeat Trump, and funding sources. And it challenges co-founder Reed Galen’s assertion the Lincoln Project is merely a group “speaking to Republican voters with Republican language and Republican iconography.”

In fact, based on the massive funding it has accepted from liberal elites, as CRC’s research shows, the Lincoln Project doesn’t really stands for isn’t conservative values at all. Rather, the group is little more than a “well-funded, but clumsy, deception—a PAC for Democrats flying a phony Republican flag.”