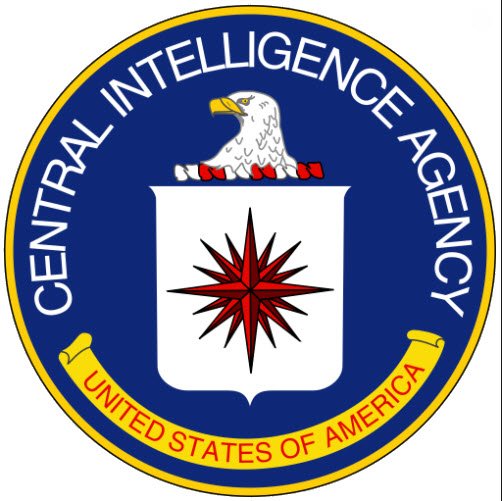 The left-wing Soros-funded National Security Archive has released some documents about the CIA’s good old days, when the agency had anti-communists on its staff and they responded to the orders of a duly elected resident. The documents concern the overthrow of the communist president of Chile in 1973.

Chile was once run by an associate of Fidel Castro. Today, there is a narco-terrorist communist regime in Venezuela and the CIA can’t seem to do anything about it.

The National Security Archive is outraged, of course, by the documents it highlighted on the 50th anniversary of President Richard Nixon’s September 15, 1970, order to overthrow the communist Chilean President Salvador Allende. But I find this document refreshing. “1 in 10 chance, perhaps, but save Chile,” ordered Nixon.

The National Security Archive receives millions of dollars from left-wing foundations, including the Soros-funded Open Society Institute, but also gets money from Dow Jones and the New York Times. It frets that Nixon had “demanded regime change in the South American nation that had become the first in the world to freely elect a Socialist candidate.”

Socialist? He was a Castro puppet. And he seized power with only 36 percent of the vote.

It’s a “Full time job — best men we have,” Nixon had said, arguing for a sustained effort to stop communism in Chile. “Make the economy scream.”  The CIA didn’t have to work too hard. The people didn’t want communism and turned out in the streets to protest. The military responded with a coup against Allende and General Augusto Pinochet took power.

Faced with a popular rebellion against his communist policies, Allende shot himself with an AK-47 assault rifle given to him by Castro.

Pinochet saved Chile from communism, and presided over a transition to a free market economy that produced the greatest prosperity in Chilean history. He led a revolution in Chile that by communist standards was virtually bloodless. Some 3,000 people were killed by the military when they overthrew Salvador Allende. By contrast, in Russia and China, millions were slaughtered.

Pinochet stepped down from power voluntarily and preserved freedom in Chile.

But the Communists and their friends could not forgive Pinochet for saving Chile from communism. A renegade left-wing Spanish prosecutor tried to have Pinochet prosecuted for human rights violations when he visited London for medical treatment.

Consider the CIA today, in regard to Venezuela’s Allende, the late Hugo Chavez, who was succeeded by Nicolás Maduro. President Trump’s proposed replacement, Venezuelan National Assembly President Juan Guaido, is another socialist. His Popular Will party is a “progressive” party and a member of the Socialist International. He doesn’t inspire much confidence.

With years to plan Maduro’s demise, but crippled under Barack Hussein Obama, the CIA is in such bad shape they can’t or won’t replace one socialist with another. Guaido, the speaker of the National Assembly, is still on the outside looking in, wondering why the CIA is so incompetent and clamoring for more economic sanctions on the regime. But they haven’t been enough to generate “regime change.”

If any country was ripe for an anti-communist revolution, it is Venezuela. But the CIA can’t pull it off. President Trump should find out why.

Venezuela was once a major oil exporting nation but became an economic basket case under Chavez and Maduro. The regime is more of a national security problem than Iran and is believed to be running guns to terrorists and trafficking cocaine. Indeed,  the Department of Justice in March indicted Maduro and other officials, along with two Colombia terrorist leaders, on drug and other charges.

U.S. Attorney Geoffrey S. Berman said Maduro and the other defendants “expressly intended to flood the United States with cocaine in order to undermine the health and wellbeing of our nation.” .

It’s great for President Trump to be presiding over peace in the Middle East, but what about the security threat a few thousand miles south of our border in Venezuela?

Obama’s director of the CIA was John Brennan, who voted for the Communist Party (CPUSA) ticket when he was in college but was hired by the CIA anyway and quickly rose through the ranks. He is implicated in the Deep State effort to destroy the Trump presidency.

The disclosures from the National Security Archive remind us of the days when the CIA destabilized communist regimes. Our own anti-communist Trump presidency seems to be their number one target these days. They seem to want to install a socialist regime in Washington, D.C.