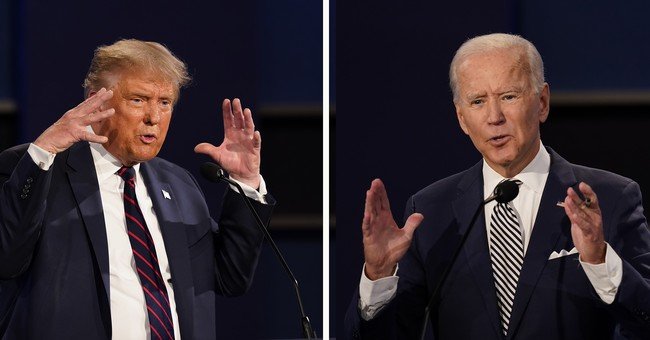 Hundreds of physicians across the country have taken issue with the Commission on Presidential Debates canceling the second presidential debate – which was originally scheduled for Thurs., Oct. 15th – because of President Donald Trump’s Wuhan coronavirus diagnosis. Dr. Sean Conley, the physician to the president, has since cleared Trump to return to public events and gatherings now that the president has successfully completed his treatment and tested negative for the virus.

But at least 175 physicians across the country have written to the Commission on Presidential Debates saying the second debate should move forward as originally planned as long as both candidates are socially distant, The New York Post reported.

“I am a family medicine physician who has treated many COVID patients, both in hospital and in the outpatient setting. I am requesting that the Commission reverse its decision and hold an in-person debate,” wrote Pittsburg Dr. Joseph Dougherty. “Based on science, data, and epidemiology, the debate can, and should, be held safely in person and it is essential to do so.”

“I am a board certified family medicine physician and additionally hold a Masters in Public Health,” Dr. Jacqueline Koski wrote in another letter. “Regarding the upcoming presidential debate, according to the current scientific knowledge regarding Covid transmission, there should be no concern whatsoever about holding a debate with proper precautions in place.”

Before announcing the cancelation, the Commission wanted to conduct the debate virtually, with both candidates in two separate locations. President Trump, however, said he would rather spend his time campaigning and holding a rally with supporters.

One campaign official said the president will be partaking in a town hall with multiple television networks although the details have yet to be released.