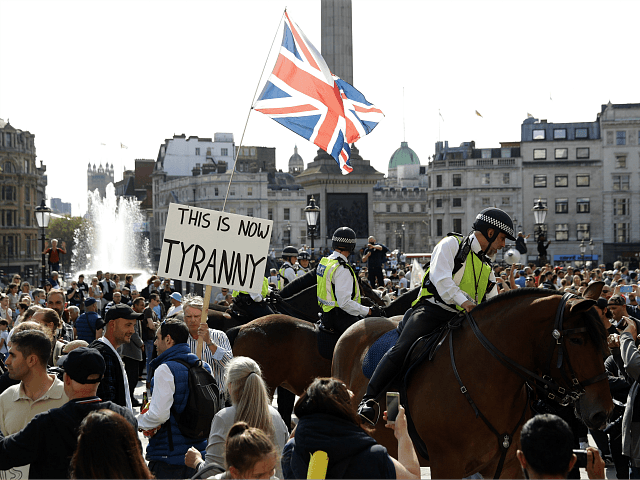 Dr. David Nabarro from the W.H.O. appealed to world leaders on Saturday, telling them to stop “using lockdowns as your primary control method” of the coronavirus.

He claimed that the only thing lockdowns achieved was poverty – with no mention of the potential lives saved.

This is in direct contrast to W.H.O. chief Tedros Adhanom Ghebreyesus who as far back as April gave his full support to lockdowns, and even warned against lifting them too soon, as Breitbart News reported.

Then in August, Tedros praised several national governments including the UK, France, South Korea and Germany for “using all the tools at their disposal to tackle any new spikes” which included regional lockdowns.

Speaking to Andrew Neil of the Spectator magazine, Dr. Nabarro bemoaned the collapse of the international tourism industry and claimed there would be a “doubling” in the levels of world poverty and child malnutrition by 2021 as he warned that lockdowns make “poor people an awful lot poorer.”

“I want to say it again: We in the World Health Organisation do not advocate lockdowns as a primary means of controlling this virus,” Dr. Nabarro said.

Instead, Dr. Nabarro is advocating for a new approach to containing the virus.

“And so, we really do appeal to all world leaders: stop using lockdown as your primary control method. Develop better systems for doing it. Work together and learn from each other.”

Dr. Nabarro’s interview came within hours of another W.H.O. recommendation for countries to avoid lockdowns because of their inherent damage to a range of national factors.

The W.H.O.’s top emergencies expert said on Friday that authorities should try to avoid “punishing” lockdowns, echoing claims from the Chinese city of Wuhan, where the virus was first identified, that the cure was worse than the malady.

Mike Ryan was speaking at a briefing in Geneva, the day after the W.H.O. reported a record one-day increase in global coronavirus cases, with the total rising by 338,779 in 24 hours led by a surge of infections in Europe, as Reuters reports.

“What we want to try to avoid – and sometimes it’s unavoidable and we accept that – but what we want to try and avoid is these massive lockdowns that are so punishing to communities, to society and to everything else,” he said.

The alternative is for everyone to get on with their lives while taking due personal precautions as those at much greater risk from coronavirus, such as the elderly and the long-term sick, are shielded.

CAIR Condemns 19th Century Slavery in the United States, But What About Muhammad?