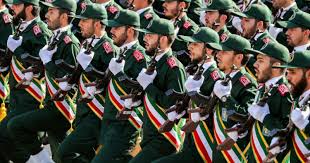 In a little noticed comment made in September 2020, Iran’s Supreme Leader Ali Khamenei praised the 21 July 1988 decision of his predecessor, Ayatollah Ruhollah Khomeini, to accept a cease-fire in the eight-year war with Iraq. Khomeini had vowed jihad to total victory, but after a devastating toll in lives, Khomeini referred to his halt in the fighting as “taking poison.” In his speech, Khamenei evoked Khomenei’s “drinking the chalice of poison” in a way that had observers wondering whether he was hinting at some decision of his own to save the Iranian regime from collapse.

Iran’s economy has been hard hit by President Donald Trump’s campaign of “maximum pressure.” In the time since his 2018 pull-out from the Joint Comprehensive Plan of Action (JCPOA, or Iran nuclear deal), sanctions have pushed Iran into a deep recession. Inflation has soared, the rial is at an all time low, and foreign currency reserves are shrinking fast. Though budget constraints have hurt Tehran’s funding for regional aggression by its terror proxies, HAMAS, Hizballah, and the Yemeni Houthis, the hardest toll has fallen on the Iranian people. Add the ravages of the coronavirus pandemic, with more than 120,000 reportedly dead in a population of 83 million, and the Iranian people are indeed desperate. Iranians continually take to the streets in protests to which the regime responds brutally, killing more than 1,500 in November 2019 alone. All that is compounded by the Trump administration’s success in brokering normalization of relations between Israel and the United Arab Emirates (UAE) and Bahrain.

Tehran’s theocratic regime has its back against the wall and likely judges it cannot survive another four years like the last four. Hence the hint in Khamenei’s words. Though former Vice President Biden has pledged to return to the JCPOA should he win the election, Iranian Foreign Minister Zarif has stated the U.S. might return to the accord only “without condition.” And Mahmoud Vaezi, Iranian President Rouhani’s very influential chief of staff, has stated that returning to talks with a Trump administration will not happen. Even regarding a possible Biden administration, Vaezi said that “We have no intention of negotiating with Americans as we have already made clear.” Further, in view of the complex network of painful sanctions the U.S. has imposed since 2018, it seems certain that an Iranian agreement for new talks would require the end of sanctions.

New talks being uncertain at this time, it’s worth examining where Iran’s nuclear weapons program appears to be just weeks before the U.S. presidential election. According to the September 2020 IAEA report, Iran has so vastly exceeded the JCPOA nuclear accord in terms of enriched uranium stockpiles, installation of advanced centrifuges in the Natanz enrichment plant, and nuclear ballistic missile development, that a quick return to JCPOA terms would appear to be impossible. Complicating matters is the analysis of the IAEA report by the Institute for Science and International Security (ISIS) that “Iran’s estimated breakout time” to a nuclear weapon was a mere 3.5 months, as of late September. ISIS estimates a second device could be ready two months later.

Amb. Eric Edelman, former Undersecretary of Defense for Policy, along with Gen. (ret.) Charles Wald, former deputy commander of the U.S. European Command, point out in their 25 September 2020 piece in The National Interest, that simply returning to the JCPOA by either Biden or Trump would be a serious mistake, whatever the Iranian response. For example, in addition to the recent developments in Iran’s nuclear program, its so-called “Amad Plan,” shown in documents seized by Israel in 2016, indicates that the Tehran regime continued work on nuclear weapons for years after it was thought ended. With regard to such lack of transparency, it must be noted that there is no JCPOA provision requiring Iran to allow IAEA inspectors to visit anyplace Tehran decides is off-limits. So transparency could not suddenly appear even if the parties to somehow agree to return to the 2015 text.

Looking ahead, what was not included in the JCPOA is at least as important as what was. In support of the JCPOA, the United Nations Security Council issued resolution 2231 that mildly “calls upon Iran not to undertake any activity related to ballistic missiles designed to be capable of delivering nuclear weapons, including launches using such ballistic missile technology.” There is no agency or process designed to enforce that resolution. And so, of course, it has not been enforced. Of particular concern is Iran’s space program. Dr. Uzi Rubin, noted Israeli expert on missile defense, published a report last month that explains Iran’s space program is not just an adjunct of its missile program: it is its missile program. As Rubin points out, production of satellites and space launch vehicles (SLVs) was entrusted to the Iran Aerospace Industries Organization, a subsidiary of the Ministry of Defense. The bottom line is that Iran’s civilian space agencies are only a cover for their military purpose. SLVs capable of sending a satellite weighing 50 kg or more into orbit can also act as a nuclear-capable ICBM (Intercontinental Ballistic Missile). Ominously, the IRGC (Islamic Revolutionary Guard Corps) openly launched its own first military satellite in April 2020, thus confirming the military ownership of Iran’s supposedly “civilian” space program.

In sum, a return to the July 2015 terms of the JCPOA is neither advisable nor even feasible at this point. Instead, the U.S. should lay out firm conditions that build on the speech that Secretary of State Pompeo delivered at the Heritage Foundation in May 2018. That important declaration of U.S. Iran policy addressed not only Iran’s nuclear weapons program as a direct security threat to the U.S., but also the so-called “sunset provisions” that legitimized Iran’s nuclear program and Iran’s bad faith in negotiating those provisions. Pompeo demanded that Tehran provide a full accounting of the military dimensions of its “prior” nuclear program, stop uranium enrichment, and never engage in plutonium reprocessing. He added that the IAEA must have “unqualified access to all sites throughout the entire country” and that development of nuclear-capable missile systems must end.

Finally, Secretary Pompeo demanded that Iran improve human rights for its own populace and pledged that the U.S. would “advocate tirelessly for the Iranian people.” The time has come for the U.S. to keep that pledge not only to the long-suffering Iranian people, but to the American people by ensuring our national security. If that means a new Iran nuclear accord under any administration is unachievable, so be it.

We must keep the pressure on, diplomatically, financially, and militarily, so that either the mullahs’ regime drinks from the poison chalice—or it collapses and the Iranian people at last achieve freedom from their murderous oppressors.

Clare M. Lopez is a former CIA officer, Founding President of Lopez Liberty LLC, and a Senior Analyst for Ravenna Associates, a strategic corporate communications firm. The views expressed are the author’s own.