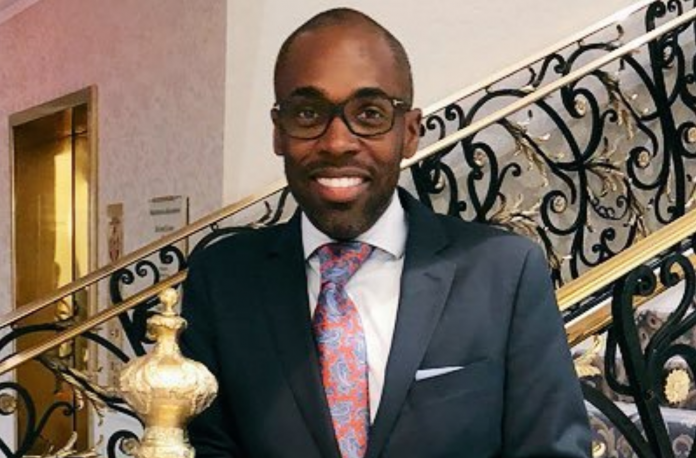 The theme for the 2020 Republican National was “The Great American Story.” Part of that story is the incredible entrepreneurial spirit of the American people, especially minority business owners and our nation’s Historically Black Colleges and Universities (HBCUs).

It is fitting that both of these observances happen back to back because I believe there is a direct connection between receiving a quality education and achieving the American Dream through entrepreneurship.

President Trump is the leader America needs to ensure that all minority businesses are still able to thrive in America in his inclusive economy. According to MBDA, there are nearly 11 million minority business enterprises (MBEs). Our nation was built and is sustained by the millions of hard-working business owners that are creating jobs and opportunities for our communities to prosper and grow.

When President Trump negotiated USMCA it provided a new opportunity for minority businesses to be more competitive globally. When President Trump signed the Tax Cuts and Jobs Act into law, that tax relief was a boost to MBEs. The Trump Administration’s Opportunity Zones and the removal of dozens of burdensome regulations have all benefited MBEs.

President Trump has a unique understanding of what so many minority business owners are experiencing right now because of his background as an entrepreneur. When he sees businesses looted, burned, and destroyed he denounces it and double downs as a voice for those business owners who have seen their livelihoods the dreams go up in flames in these Democrat-controlled cities.

President Trump is standing up for minority business owners like Flora Westbrooks in Minneapolis, MN. Flora’s Hair Design was burned down by rioters after being a beacon of light for 40 years on May 29th, 2020. On a recent trip to the city, Lara Trump met with her and fought back tears describing how determined she is to rebuild her salon in the same location, in the community and city she loves. She told a reporter, “That was my life; that was everything to me…Now, I don’t have a place to go…If they only knew my story, they wouldn’t have done what they did. If they only knew my story. They don’t know the things I endured, the things I went through to try and keep my business. “It wasn’t easy for a black-owned business to stay there that many years, and to survive.”

Minority Businessowners like Flora pour their heart and soul into building and growing their businesses deserve to have an economy that works for them so they can succeed and be prosperous. The same is true for HBCU students who aspire to have the tools and resources to thrive in our country after graduation. For some, having a college degree is critical for their future careers and financial futures.

In a 2019 report, “Moving Upward and Onward: Income Mobility at Historically Black Colleges and Universities,” the researchers concluded nearly 70% of HBCU students attain at least middle-class incomes, and most low-income HBCU students improve their long-term economic position. This is why we need to have elected leaders who appreciate and understand the value of these schools and create an economic environment for these graduates to thrive.

I am proud President Trump made HBCUs a priority. The President never cut HBCU funding from his budget, increased HBCU spending, ushered more HBCU investments in grants and research projects, erased the debt of HBCUs hurt by Hurricane Katrina, supported and signed the FUTURE Act into law giving permanent funding for 10 years to HBCUs for the first time ever, was the first President to speak at the National HBCU Week Conference and has used his position to highlight HBCUs in a positive way in the media.

Our nation is great because of the amazing people that make it great. Our minority business owners and HBCUs are made better when we have people and policies that empower them and give them opportunities to not just survive but thrive. In President Trump, we have a leader who does just that with his policies, and because of that, we know the best is yet to come for our Great American Comeback. HBCUs and MBEs will certainly play an essential role in our success as a country.

– Paris Dennard is a GOP political commentator, strategist, Black Voices for Trump advisory board member, and senior communications advisor for Black Media Affairs at the Republican National Committee. Follow him on Twitter at @PARISDENNARD.